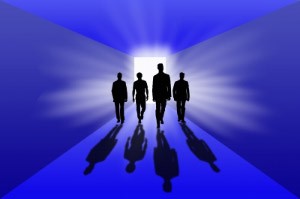 When the States Parties to the UN Convention against Corruption (UNCAC) and official observers gather in St Petersburg next week for the 6th Conference of States Parties (COSP), the UNCAC Coalition will be advocating for enhanced language on beneficial ownership to strengthen corruption prevention and asset recovery. The transparency of beneficial ownership information – knowing the identity of the real person who ultimately controls a company or account – was a hot topic at the 5th COSP in Panama and has been progressing in some jurisdictions and other international bodies.

Public access to the names of the ultimate beneficial owners of companies would significantly curtail the abuse of anonymous corporations for engaging in corruption and laundering the proceeds of this and other crimes. No longer could corrupt politicians easily set up fake companies to hide their control or that of their relatives and then receive lucrative procurement contracts. No longer could terrorist groups easily purchase weapons and equipment through seemingly legitimate (and peaceful) phantom firms. No longer could smugglers easily sneak into the legitimate financial system to wire their spoils around the globe.

Right now, not even law enforcement or other government investigators know who is really behind the companies doing business in their jurisdictions. UK Detective Constable Mark Lugton put it well in a previous newsletter article:

“Clearly not being able to trace the real owner of a company is open to abuse, not only for bribery and corruption but also for other fraud offences. The idea that in this global market individuals can hide behind companies is no longer acceptable.”

Following money trails leads to dead ends, and stolen assets cannot all be retraced, because company registration information is faked or walled off. It pays to be a criminal when there is so much financial secrecy!

Some countries are finally working on updating their disclosure rules to get at this critical information. The UK Parliament passed legislation requiring public registries of beneficial ownership in March 2015 under the Small Business, Enterprise and Employment Act 2015. Prime Minister David Cameron’s government is now working on implementing that law, which will have a significant effect given Britain’s role in the global financial system. In June 2015 the Norwegian Parliament followed the UK, voting unanimously in favour of setting up their own public beneficial ownership registries. One month earlier the EU passed a new anti-money laundering directive that will require all EU Member States to create central registries of beneficial ownership information for companies established in their countries. Denmark was another early adopter of beneficial ownership requirements. The G20 also recognised the importance of this issue at its Brisbane Summit in November of 2014, but did not emphasise that the information should be public.

The UNCAC already includes language on beneficial ownership in the prevention and asset recovery chapters – both of which are expected to be part of the next review cycle – and resolutions at past COSPs have tried to emphasise the importance of this issue. UNCAC Articles 12 and 14 call on States Parties to enact measures to identify the legal and natural persons behind companies, especially as a tool for prevention of money laundering. Resolution 4/4 and Resolution 5/4 of the COSP have helped draw more attention to beneficial ownership, but they haven’t spurred national-level action. Similarly, Article 52 and Resolution 5/3 “urge” States Parties to collect and share information on the natural owners for law enforcement for investigating corruption and money laundering.

The 5th COSP in Panama marked the first time beneficial ownership language was included in two resolutions, and the UNCAC Coalition would like to keep that momentum going in Russia. We urge States Parties to join us in promoting the importance of establishing and enforcing public registries of beneficial ownership, and we encourage our fellow civil society organisations and other observer supporters to join us in this on-going effort to foster much greater transparency in support of the fight against corruption and other financial abuses.

The article first appeared on the UNCAC Coalition blog: http://uncaccoalition.org/en_US/uncac-coalition-calls-for-states-parties-to-move-on-beneficial-ownership-transparency-at-6th-cosp/.