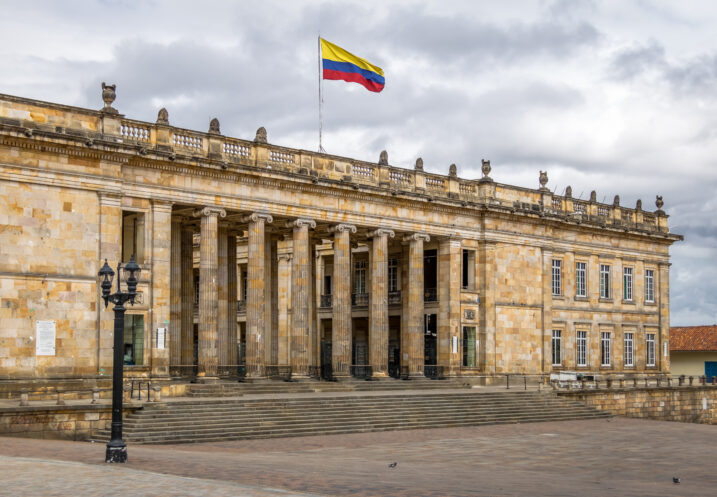 In the fight against international financial crimes, some of the greatest tools at a country’s disposal are strong laws promoting and enforcing transparency in beneficial ownership. Last month, the Colombian Congress introduced a bill to address beneficial owners, reinforce transparency and tackle corruption.

The Financial Action Task Force (FATF), a global standard-setting body on anti-money laundering and counter terrorism financing, defines a beneficial owner person(s) as an individual that “ultimately owns or controls a customer and/or the natural person on whose behalf a transaction is being conducted. It also includes those persons who exercise ultimate effective control over a legal person or arrangement.” Thus, the beneficial owner is the real person behind the business transaction or the corporate structure.

Revealing the real people, or “beneficial owners” behind companies is critically important because corruption, money laundering, and terrorism financing thrive under secrecy and anonymity.

Bill 341/20 (Proyecto de Ley 341/20) was introduced to the Senate October 27 to address “…adopting measures on transparency, prevention, and fight against corruption and other dispositions.” The bill modifies existing laws while proposing new legal approaches.

As its name suggests, the Colombian bill encompasses a wide array of issues and aims to promote legality, integrity, and trust. Another major objective is to require the delivery of key business information to the government and ensuring that information stays updated.

The bill includes the definition of BOs, highlighting as a final beneficiary the natural person that has 5% or more of ownership or voting powers, as well as a 5% or more of the assets, profits or benefits.

Establishing this percentage creates a low bar that includes more beneficiaries within a legal person that could be surveilled.

Such a definition is important because, as previous work by Global Financial Integrity has shown, Colombia currently has multiple definitions of Beneficial Ownership in use across government agencies, creating confusion and limiting effectiveness.

According to the bill, the person in charge of complying with the principle of due diligence (including governmental entities, natural persons, and legal persons) must keep key information delivered and updated. Importantly, sanctions would be imposed if the information is not provided, has errors, is incomplete or is not updated. The bill mainly addresses legal persons with residence in Colombia (including foreign companies with subsidiaries in Colombia), including trusts and non-profits.

Other significant reforms in the bill include creating an Anticorruption Observatory to analyze corruption in each sector (Art. 22); and a Center of Information, Analysis, and Immediate Interinstitutional Reaction Against Corruption, which would monitor public resources and programs from public and private entities (Art. 23).

The bill has been assigned to the First Commission of the Senate, but is still pending debate by the Commission. According to the Colombian Constitution, bills need to follow four debates and approval processes: first (at the Commission) and second debate (at the Plenary) in each chamber (House and Senate). It would then go to the Colombian president to become law or be vetoed.

Vice President Marta Lucia Ramirez is one of the strongest supporters of the bill, telling El Tiempo and Forbes that it has brought together 25 state entities to cooperate on important matters. She has focused her comments on transparency as a preventive measure and the importance of effective dissuasive punishments for corrupt individuals. It also has cross-cutting support from authorities including the Secretary of Transparency, Ministry of Interior, Ministry of Justice, Comptroller General, Attorney General, Ombudsman, which shows key inter-agency support.