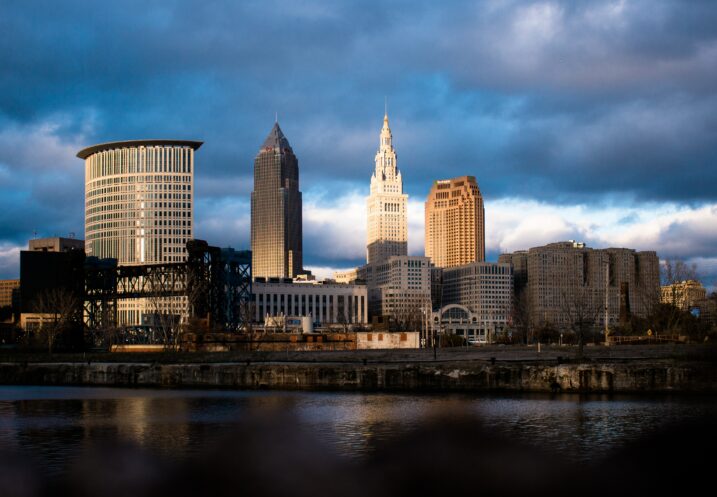 Editor’s note: this piece was originally published in the Cleveland Plain Dealer on August 28, 2019.

Earlier this year, an important legal complaint filed in the state of Delaware alleged that two Ukrainian oligarchs laundered hundreds of millions of dollars via opaque shell companies in a venture that enriched themselves and, in turn, made them the largest commercial real estate holders in Cleveland.

Real estate has long been viewed as an attractive vehicle for money laundering, as the value is generally stable and accrues over time, and large all-cash payments don’t necessarily raise suspicions. Anonymous shell companies that disguise ownership in order to operate without scrutiny from law enforcement or the public are frequently used in real estate deals to obscure the true beneficial owners of the company in question. Money laundering via real estate is a major problem in countries around the world, including the United Kingdom, Canada, Germany and the United States.

Indeed, anonymous commercial real estate purchases are a serious concern, even constituting a threat to U.S. national security. Such was the case when two front organizations for the Iranian government bought a Manhattan skyscraper and used it to avoid sanctions and launder money for 22 years. That this operation could continue for more than two decades speaks to the ease at which opaque corporate entities can evade law enforcement.

While an all-cash, anonymous purchase isn’t proof of money laundering, it raises important questions about who is the actual owner, what is the source of their money, and why they want secrecy. Too often, we don’t know, and neither does law enforcement or the IRS.

Furthermore, how do the sales of major American commercial real estate to criminal actors affect our communities? The buildings the Ukrainian oligarchs acquired in Cleveland fell into high levels of disrepair upon purchase, with one building characterized as “a gaping hole in the heart of a revitalizing downtown.”

The U.S. Treasury Department has developed a unique approach to fighting this problem called Geographic Target Orders (GTOs), which require title insurers to identify the true beneficial owner behind any legal entity acquiring residential real estate worth more than $300,000 in all-cash transactions in major cities and counties throughout the United States.

GTOs work. A report by the Federal Reserve Bank of New York and the University of Miami found that, “After anonymity is no longer freely available to domestic and foreign investors, all-cash purchases by corporations fall by approximately 70 percent, indicating the share of anonymity-seeking investors using LLCs [limited liability companies] as ‘shell corporations.’” The study further found a precipitous “95 percent drop in how much cash shell companies and other corporate entities spent on homes” in Miami-Dade County after a GTO was issued for that metro region in March 2016.

Unfortunately, GTOs do not include commercial real estate transactions and are currently limited to a select few cities and counties, of which Cleveland is not included. Thus, the Ukrainian oligarchs were not subject to GTOs when their investment group accumulated what The Plain Dealer’s Michelle Jarboe reported in 2012 was about 2.8 million square feet of office space in the middle of a heartland city.

Excluding commercial real estate transactions in GTOs is a gaping hole in U.S. anti-money-laundering regulation. To a criminal seeking to offload millions of ill-gotten gains, commercial real estate is just as attractive a washing machine as residential. Indeed, U.S. cities, regardless of their international sex appeal, are all vulnerable to these schemes.

Earlier this year, Sens. Bob Menendez, Democrat of New Jersey; Lindsey Graham, Republican of South Carolina; Cory Gardner, Republican of Colorado; Ben Cardin, Democrat of Maryland; and Jeanne Shaheen, Democrat of New Hampshire introduced legislation, now pending in the Senate Committee on Foreign Relations, that would extend GTOs nationwide and make them permanent (rather than subject to six-month renewal, as is currently the case).

They should go further and include commercial real estate in the types of transactions scrutinized under this program. Sens. Sherrod Brown and Rob Portman of Ohio would do well to support such an initiative. Otherwise, American cities and towns will continue to be a haven for dirty money and the myriad criminal elements it brings with it.

Cleveland, like all communities, deserves to know who the owners of their major retail and commercial meeting places are, particularly in an era of historically massive purchases and rampant money laundering. Expanding GTO requirements would ensure that major cash buyers of real estate can be held accountable to the communities, big and small, they are buying into.

Midwesterners are renowned for their friendliness and eagerness to know their neighbors. Congress should support legislation that prevents anyone from taking advantage of that openness.

Tom Cardamone is the CEO and president of Global Financial Integrity, a Washington, D.C.-based think tank dedicated to addressing opacity in the financial system that facilitates money laundering and other illicit financial flows.