Illicit financial flows (IFFs) are illegal movements of money or capital from one country to another. GFI classifies this movement as an illicit flow when the funds are illegally earned, transferred, and/or utilized.

Trade misinvoicing is a method for moving money illicitly across borders which involves deliberately misreporting the value, volume, and/or type of commodity in a commercial transaction on an invoice submitted to customs. A method used to shift value through international trade, trade misinvoicing is the largest component of illicit financial outflows measured by Global Financial Integrity. 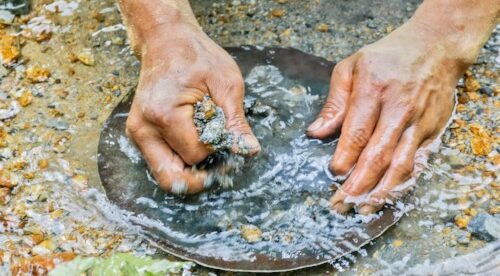 Money laundering is the process of disguising the proceeds of crime and integrating it into the legitimate financial system. Before proceeds of crime are laundered, it is problematic for criminals to use the illicit money because they cannot explain where it came from and it is easier to trace it back to the crime. After being laundered, it becomes difficult to distinguish money from legitimate financial resources, and the funds can be used by criminals without detection.

An anonymous shell company is a corporate entity that has disguised its ownership in order to operate without scrutiny from law enforcement or the public. These “phantom firms” can open bank accounts and wire money like any other company, making them a favorite tool for money launderers to hide their business and assets from authorities.