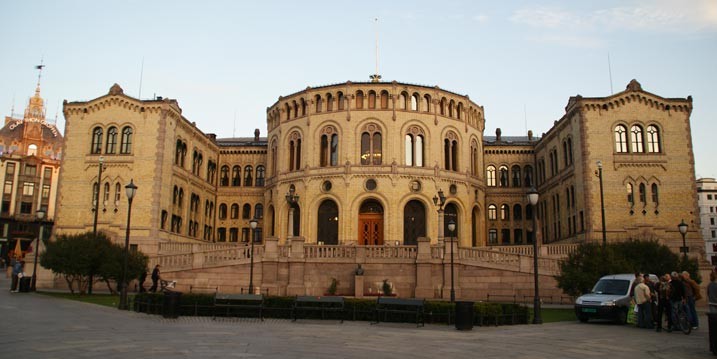 On June 5, the Norwegian Parliament unanimously voted to establish a public registry of corporate ownership information, becoming the latest country to tackle the abuse of anonymous companies through increased transparency.

Anonymous companies are one of the top tools used by criminals, kleptocrats, tax evaders, and terrorists to launder dirty money with impunity.  Requiring companies to publicly disclose in a central registry their ultimate, human, beneficial owner(s) is regarded as the gold standard in tackling the abuse of these phantom firms.

Norway’s strong endorsement of transparency comes as no big surprise: the Scandinavian country routinely ranks near the top of transparency and anti-corruption rankings, and Norway was the first country to get behind the push to curb illicit financial flows.  Their support on this topic dates back to the formation of the Norwegian Government-led Task Force on the Development Impact of Illicit Financial Flows in 2007 and their financial backing of the Financial Transparency Coalition at its inception in early 2009–long before illicit flows topped the global agenda.

In establishing a public registry, Norway joins Denmark and the United Kingdom—the first country to commit to a public registry of beneficial ownership information back in October 2013.  The UK followed through with its commitment this March by passing historic legislation needed to fulfill its pledge.

Necessitating the disclosure of beneficial ownership of corporate entities, and more importantly, offering this information to the public, fosters accountability between investors, citizens, and governments. This reveals the flesh-and-blood owner of a corporate entity, closing information gaps that allow financial corruption, transnational crime, and tax evasion to flourish.

Supporters of increased transparency in this policy space extend far beyond advocacy groups and tax reformers—actors at every level of society stand to gain from the establishment of public registries. For example, the practice gives information to companies conducting due-diligence, so that they can know exactly what type of business deal they’re pursuing and can avoid partnering with either a phony firm or known money-launderers.

After G7 leaders failed to make significant progress on tackling anonymous companies or other forms of IFFs at their annual summit this month, GFI’s Managing Director Tom Cardamone remarked:

“while crime, corruption, and tax evasion pose a serious threat to advanced economies—such as those represented in the G7—they have an outsized impact on the poorest countries in the world. With the UN’s Financing for Development (FfD) Conference just over a month away, failing to take a strong position on illicit flows—the most damaging economic problem plaguing the developing world—is a huge opportunity missed.”

In contrast to the progress happening around Europe, the United States is another story.  The U.S. has made positive international commitments to tackle anonymous companies in recent years, but it has fallen behind in delivering any decisive measures. A proposed framework by the U.S. Treasury Department’s Financial Crimes Enforcement Network (FinCEN) in September 2014 has yet to be finalized and needs improvement in order to collect genuine beneficial ownership information. Loopholes in current anti-money laundering (AML) rules must be closed in order to require real estate professionals to better know their customers.

Furthermore, time-and-again, the U.S. Congress has repeatedly failed to even vote on the bipartisan Incorporation Transparency and Law Enforcement Assistance Act, a bill that would require U.S. states to collect beneficial ownership information on all companies formed in their state and make that information available to law enforcement (but not necessarily the public).  In short, while the world moves towards curtailing the abuse of anonymous companies, the United States remains one of the easiest countries in the world to launder the proceeds of crime.

The actions taken by Norway, Denmark, the UK, and the EU to counter the lack of accountability in the international financial system are very welcome.  Now it’s time for those world powers that haven’t fully dedicated themselves to transparency to follow suit.