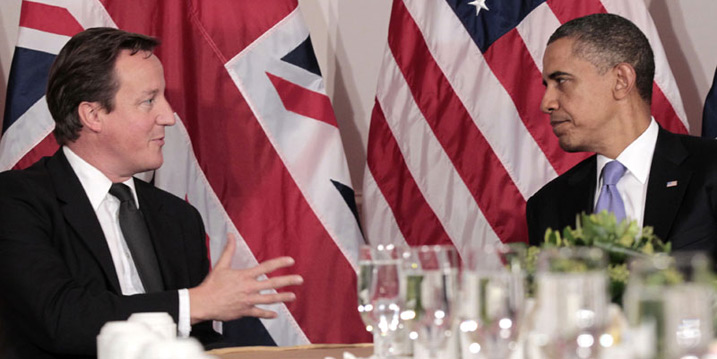 WASHINGTON, DC – The United Kingdom today enacted legislation to crack down on the abuse of anonymous companies—a major conduit for laundering the proceeds of crime, corruption, and tax evasion—in a move that raises pressure on the United States to clean up its own house, noted Global Financial Integrity (GFI), a Washington, DC-based organization working to curtail illicit financial flows.

Finalized by the UK Parliament on Tuesday and approved by the Queen today, the legislation makes the UK the first nation to tackle illicit financial flows through the creation of a central, public registry of corporate ownership information—widely considered to be the most effective way to curb the abuse of anonymous companies.

“This is a landmark piece of legislation,” said GFI Policy Counsel Joshua Simmons. “Anonymous companies are one of the biggest tools for laundering the proceeds of crime, corruption, and tax evasion. Creating registries of the true, human, ‘beneficial’ owners of each company is a common sense approach to curbing financial crime and the tremendous flow of illegal money. We are very pleased to see the UK take the lead on this issue, and we call on all countries—especially the United States—to follow the straightforward standard set by the UK.”

GFI’s research finds that roughly US$1 trillion flows illicitly out of developing and emerging economies each year, facilitated by opacity in the global financial system, of which anonymous companies are a major culprit. Indeed, then-Assistant U.S. Attorney General Lanny Breuer told The New York Times in 2012 that anonymous shell companies “are the No. 1 vehicle for laundering illicit money and criminal proceeds.”

While the United Kingdom is the first country to enact a public registry of beneficial ownership information, others are moving towards transparency as well. The Government of Denmark announced in November that it would move forward with a public registry of its own, and the European Union agreed in December to move forward with a plan to require member-states to create central registries of beneficial ownership, which—while not necessarily public—will have to be made available to law enforcement, banks, and other parties with a “legitimate” interest in the information.

Pressure Increasing on the United States

The progress in Europe is in steep contrast to the United States—the second easiest place in the world, after Kenya, for criminals and terrorists to open anonymous companies to launder their ill-gotten-gains—where the White House, Treasury Department, and Congress are all failing to address the issue despite repeated commitments to the contrary.

“The U.S. is the second easiest place in the world, next to Kenya, for someone to create an anonymous shell company to launder illicit proceeds,” stated Mr. Simmons. “The White House has repeatedly endorsed the need for legislation to ensure that beneficial ownership information on all U.S. companies is available (at least) to law enforcement, but action has been slow to follow that commitment. Action has been painstakingly slow.”

Indeed, the inaction by the U.S. has been so noteworthy that, according to a recent series in The New York Times:

“About a year ago, after the Group of 8 industrialized nations issued goals requiring identification of shell company owners, a British representative met with Justice Department officials to complain about the United States’ failure to comply.”

“According to two people at the meeting, the British representative, Dominic Martin, delivered a stern message: The lax American laws were being used by other countries as an excuse for inaction.”

GFI’s Mr. Simmons added: “For a number of years now, bipartisan legislation has been introduced in both the U.S. House of Representatives and the U.S. Senate that would create registries of beneficial ownership information which would be available to law enforcement, but the Administration and Congressional leadership have been slow to push the issue because they are bowing to state pressure to let them continue with business as usual. It is time for Congress and the Administration to live up to their G8, G20, and Open Government Partnership commitments by moving to pass legislation to protect not only Americans, but people around the world from criminals laundering their proceeds using U.S. companies. The new UK law makes the lack of progress in the U.S. not only shameful, but embarrassing as well.”