HomeBlogTransnational CrimeCFT is Meant to Counter Terrorists, Not Democratic Opposition

CFT is Meant to Counter Terrorists, Not Democratic Opposition 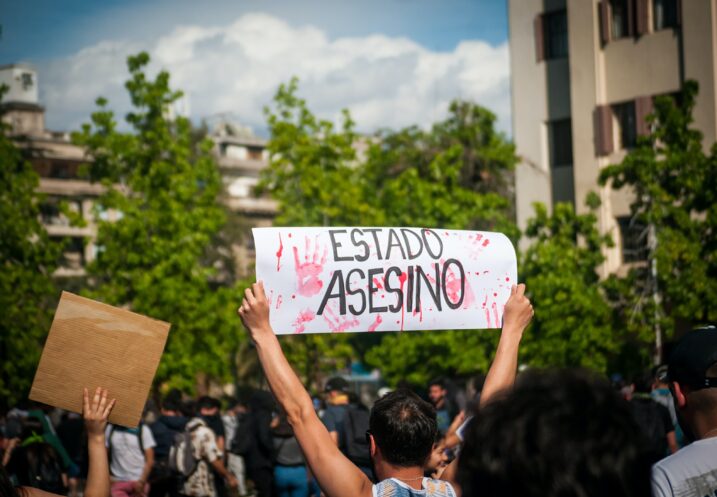 As Global Financial Integrity’s new report, “Financial Crime in Latin America and the Caribbean,” makes clear, the Western Hemisphere faces a number of security challenges and financial crime threats. The same problems that make the region one of the most violent in the world also generate large amounts of illicit proceeds. In total, GFI’s report estimates that criminal proceeds in Latin America and the Caribbean amount to US$104 billion – US$260 billion a year. This includes drug money, ill-gotten gains from bribery and corruption, and profits from illegal mining, among other things. This money is laundered on a massive scale and ends up in financial institutions, real estate, politics, churches, cattle ranching, and the list goes on.

In this context, terrorism financing is not the main financial crime facing Latin American and Caribbean countries. Yet it deserves special discussion, not because it is common, but because Counter Financing of Terrorism (CFT) is being grossly misused by some governments in the region.

Internationally, we have a shared understanding of what terrorism financing is. We need look no further than the United Nations, which has defined terrorism financing as providing or collecting funds “by any means, directly or indirectly, unlawfully and willfully (…) with the intention that they should be used or in the knowledge that they are to be used for acts of terrorism.” We recognize that countries should “prohibit their nationals or any persons and entities within their territories from making any funds, financial assets or economic resources or financial or other related services available, directly or indirectly” for terrorism. These definitions also form the basis for the FATF recommendations on terrorism financing. They set a clear international standard that countries in the Western Hemisphere follow.

Unfortunately, the consensus breaks down when it comes to defining who is a terrorist. Within Latin America and the Caribbean, some governments, particularly authoritarian governments, have their own notions. Forget armed, political groups with guns or bombs, putting civilian lives at risk; those charged with terrorism today frequently include human rights advocates or pro-democracy groups with signs, megaphones or social media platforms used to speak out against corrupt and oppressive regimes.

In Nicaragua, for example, a new antiterrorism law is being used against civil society, journalists and pro-democracy activists. As Freedom House has noted, “the new antiterrorism law, a conspicuous example of the Ortega regime’s versatility, adds another weapon to its arsenal.” The U.S. Department of State notes that the ‘’potential to domestically weaponize AML/CFT laws for use against political opponents is particularly dangerous.” The new law labels anyone who “destroys public or private property with the aim of intimidating the population, (or) altering the constitutional order,” as a terrorist, despite the fact that this definition is more closely aligned with protest or vandalism than terrorism. In this sense, the law has been used by President Ortega to imprison all opposition candidates in the run-up to the presidential election. As of December 2021, there were at least 160 political prisoners in Nicaragua, many of them being held on terrorism or terrorism financing charges. When asked about the political prisoners, Ortega responded, “we have imprisoned the terrorists who were financing terrorism and wanted to finance additional terrorist activities, laundering money sent by United States organizations with the story that they were financing NGOs.”

Meanwhile, in Venezuela, “the regime regularly uses charges of terrorism to persecute the political opposition and suppress dissent,” according to the U.S. State Department. Opposition activists have been charged with terrorism financing and other financial crimes. Moreover, a 2021 provision by the Maduro regime requires a complex, invasive registration process for NGOs as part of a Unified Registry of Obligated Subjects before the National Office against Organized Crime and Financing of Terrorism (ONDOFT), another example of the misuse of CFT to surveil and control human rights and pro-democracy groups.

While Nicaragua and Venezuela are extreme cases, similar trends can be seen, to varying degrees, throughout the hemisphere and across the political spectrum. In Guatemala, a recent bill on terrorism and terrorism financing defines terrorism as “public social disorder.” In Brazil, a new terrorism law is seen by some as ‘’a threat to the right to protest and an effort to criminalize social movements.’’

Those of us who work on AML/CFT issues need to be alert to these developments and to speak out regarding the misuse of CFT. Moreover, to help prevent this abuse, FATF mutual evaluations should take into consideration whether countries “weaponize” AML/CFT and anti-corruption laws against political opponents, civil society and other groups. Not only does the misuse of CFT undermine efforts to address real financial crimes, it makes the Western Hemisphere less democratic by empowering corrupt and authoritarian leaders.