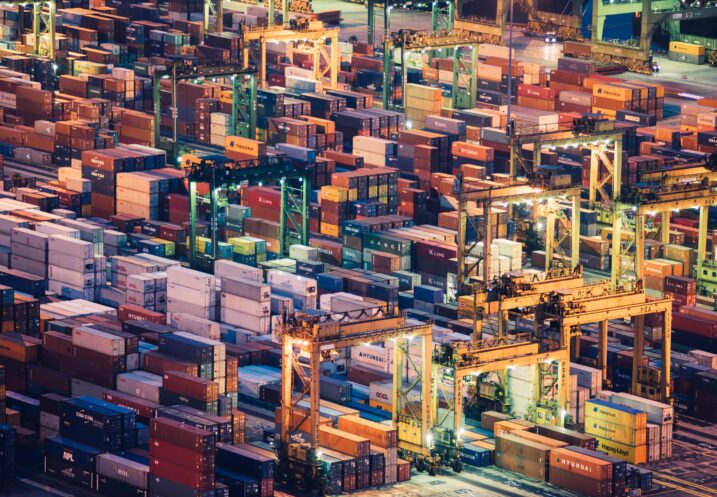 Central American ports have long been vulnerable to organized crime and narcotics trafficking, and despite billions of dollars spent attempting to combat the drug trade, a number of recent cases from Guatemala and Honduras illustrate that little progress is being made.

While opinions on how best to combat narcotrafficking have evolved, one key component often ignored is the impact of the drug trade on legitimate Central American commerce, particularly when it comes to fighting illicit financial flows in the region. This is especially so in countries whose ports are often used as waystations between South America and the lucrative United States market.

For countries in the region, it is critically important to address these issues because left unchecked, they will undermine legitimate trade while also increasing violence, expanding illicit operations to other nations and threatening governance. Security flaws within Central American ports must be addressed through strategies that strengthen transparent trade.

It is also important for both the public and private sectors in the U.S. to consider these vulnerabilities and offer technical and other forms of assistance, particularly in light of several large-scale trade and investment initiatives.

The U.S. International Development Finance Corporation (DFC) recently announced plans to invest one billion dollars of private sector support in Honduras. Among the investment’s primary aims are facilitating trade, creating economic opportunity, strengthening energy security and providing economic relief during the COVID pandemic. This is being done as part of America Crece, an initiative between the U.S. and various Latin American governments that emphasizes development through private investment and infrastructure projects.

Before any of the countries involved in this project can reap their full benefits, the crucial issue of port security must be addressed. While efforts by Central American governments, as well as technical assistance from the U.S., have disrupted the flow of narcotics to a certain extent, criminal organizations continue to infiltrate their borders, ports, law enforcement agencies and even government offices. Moreover, organized crime and transportation of illicit goods across borders and ports poses a major threat for Honduras and other Central American economies.

Because of their location, Central American ports are consistently utilized by criminal organizations as transshipment routes for narcotics headed to the U.S.

There are different trafficking methods criminal organizations use to smuggle drugs, and understanding how they are shipped from production countries to consumer market nations provides insights in terms of technical solutions. Traffickers rely on a variety of methods including speedboats, automobiles, airplanes and submarines to move narcotics from South America, using Central America as a bridge before reaching their destination in the U.S. or Europe.

In January 2018, the Guatemalan National Police (PNC) seized 450 cocaine packages from a cargo container in a warehouse in Puerto Santo Tomas de Castilla, a Caribbean port near the Honduran border. The drugs, which came from Cartagena, Colombia, were valued at 40 million quetzals ($5 million USD).

A year later, police in Guatemala, with the help of the US Drug Enforcement Administration  (DEA), seized 5.8 tons of cocaine at the same port that a container listed as carrying powder paint was found.

Honduras has similar challenges with trafficking. In May 2020, it was reported that officials in France seized 1.4 tons of cocaine that was hidden in a shipping container transporting coffee; it had originated from Puerto Cortes, a large port located in northwest Honduras.

After leaving Honduras, the container was loaded onto a different ship in the Dominican Republic before arriving in France. The seizure, estimated to be worth more than 100 million Euros, was reportedly the third-largest seizure by customs officials in France in the past seven years.

Central American countries have undertaken several measures to attempt to address narcotrafficking. In August 2019, Honduran naval forces and ATIC (the Technical Agency for Criminal Investigation) were able to disrupt a drug trafficking operation in the department of Gracias a Dios along the Caribbean coast by seizing a boat carrying more than 600 kilos of cocaine. A year earlier, the Guatemalan army intercepted a mini submarine on its Pacific coast which was carrying 823 kilos of cocaine.

But as enforcement efforts increase, criminal organizations quickly adapt. Narcotraffickers have resorted to air deliveries throughout Central America. The Guatemalan army and national police have been able to locate aircraft and other vehicles used to smuggle narcotics and, in some cases, to capture and arrest the traffickers. In the first half of 2020, the national police and army of Guatemala found 10 aircraft in Peten, a remote northern region of the country located between Mexico and Belize, used for transporting drugs.

For Central American countries to effectively respond to these challenges, they must first consider and address the role that corruption plays. Criminal organizations know how vulnerable government officials are to corruption and use that to their advantage.

In one such case, Juan Antonio Hernandez, a former Honduran congressman and brother of the President Juan Orlando Hernandez, was arrested in Miami in November 2018 on drug trafficking charges. Prosecutors successfully proved Congressman Hernandez arranged protection for cocaine shipments, worked closely with different criminal organizations, bribed law enforcement agents regarding information on drug shipments, and even developed his own brand of cocaine.

At the same time, attempts to investigate and root out corruption have been stymied, often due to opposition from elites. MACCIH, (Mission to Fight Corruption and Impunity in Honduras), was formed to investigate and hold corrupt political elites and business figures in Honduras accountable for their criminal actions. However, the mission came to an end in January 2020 after Honduras and the Organization of American States failed to reach an agreement that would renew the mandate.

Similarly, the International Commission against Impunity in Guatemala (CICIG) has filed indictments against Guatemala’s former president and vice president, and prosecuted several ministers, members of Congress, presidents, and even a Supreme Court magistrate. Just like MACCIH, CICIG’s mandate expired due to resistance from the Guatemalan Congress, conflicts of interest with political and business elites, and a lack of support from the U.S.

Political support, geographical location and fragile infrastructure within these countries allow criminal organizations to take advantage of initiatives that are intended to benefit law-abiding businesses and citizens.

There is no single formula a country can use to protect its ports and trade sector, but there are proactive steps that the private sector and governments can take. These include improving reporting and transparency standards for the private sector, increasing law enforcement efforts in ports by checking more containers – specifically containers that are of higher risk – and providing more funding and training for port security.

These steps will make the use of ports to traffic drugs more difficult, especially when applied to ports with a history of drug trafficking and a heavy flow of containers, such as Puerto Cortes in Honduras.

Ultimately, this problem it must be addressed at a political level, including tackling the issue of corruption within the Honduran and Guatemalan governments.

As seen in previous cases, governments and business elites have dismantled programs designed to combat ongoing abuse of power and ties to organized crime to expand illicit financial gains. This prevents the public from benefiting from foreign investment initiatives that are meant to improve living conditions by improving the economy. Efforts to combat corruption within government and private institutions would be difficult to impose but achievable.

The U. S. investment in Honduras and other Central American countries has positive potential because it could lead to increased transparency in trade as well as economic development. However, there are problems from within the ports in each of these countries that need to be addressed and resolved so that this investment works as it is intended.

Nelson Leonor was a summer 2020 intern with Global Financial Integrity. He is currently a student at George Mason University.