Cryptocurrency and the Rise of New Illicit Financial Flows 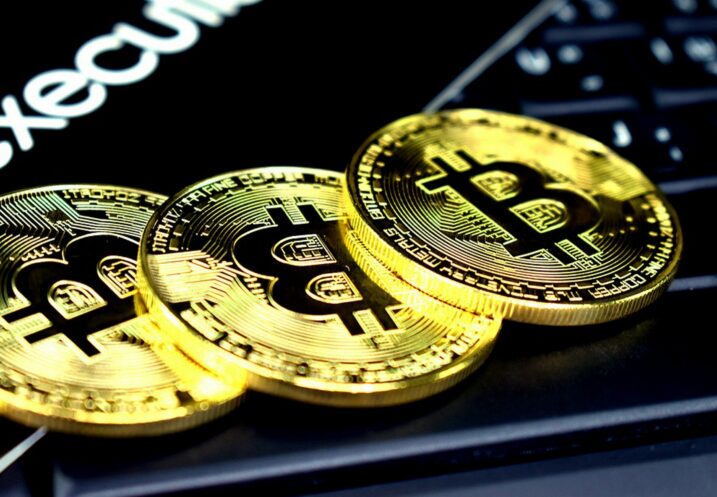 With the rise of Bitcoin and cryptocurrency, the norms for currency have changed. Cryptocurrencies allow transactions to take place with a currency not regulated by any country. In essence, cryptocurrencies are currencies existing completely online and whose values exist based on speculation and, like fiat currency, existing demand. They are decentralized, meaning no country or central bank controls their supply or price, and transactions are peer to peer with no bank or service as an intermediary. Even businesses are getting in on the action, with Facebook announcing its new cryptocurrency this week.

The increasing marketability and reach of crypto, however, raises new questions for its regulation and uses.

What is cryptocurrency used for?

Regardless of these varying reports, dark web websites accepting crypto do exist. Many of them are modeled after ‘The Silk Road,’ an Amazon-like marketplace busted in 2013 which served as a platform to buy and sell many types of goods, mainly illicit drugs and paraphernalia, using Bitcoin. The dark web is not a wholly illicit area of the internet, rather it is only accessible using specific networks such as The Onion Router (Tor) instead of traditional internet browsers and search engines. This means that its activity remains in the “dark” to those on the surface web and makes it a home to many websites who function much like The Silk Road. These sites combined with the aforementioned recent busts confirm cryptocurrency’s use as a tool for illicit exchange.

How do cryptocurrencies work?

Since Bitcoin’s creation in early 2009, over 1600 cryptocurrencies have arisen each with their own niche and focus (as of August 2018), but all built on the blockchain. Regarding cryptocurrency, blockchain acts as a public ledger of every transaction made with a particular cryptocurrency and allows for the verification of a transaction’s authenticity. This public ledger is shared across all the computers in the network. However, blockchain’s use is not limited to just crypto; it has also been used for smart contracts, banking, video games, supply chain logistics and more. (See here for a more in depth explanation of blockchain technology and its applications)

Whenever a transaction is made using Bitcoin, thousands of powerful computers around the globe work to verify that transaction. The first computer, or “Bitcoin Miner,” which does so is rewarded with Bitcoin as payment, and the transaction is added to the ledger as another ‘block’ to the ‘chain.’ For Bitcoin’s blockchain, information regarding time, location and which online wallets the transaction occurred between are stored in each block.

For an example on how blockchain works, imagine multiple people playing a game of poker. Instead of using chips, each individual tracks the money won or lost each hand for every player on paper. At the end of the game, all of the players come together to examine each player’s total after every hand. Thus, if one player lied and gave themselves more money in any given round, it would be proven false by the other players’ ledgers. Blockchain functions in the same way; all computers in the network track the verified transactions so that if an attempt is made to falsify a transaction, it can be caught.

The public nature of the ledger makes tracking most cryptocurrency transactions fairly straightforward, even more so for cryptocurrencies like Bitcoin, which publishes the location and the actors (i.e. the wallets) taking part in a transaction. That being said, there are ways to protect one’s identity even with the ledger being public. These include the use of multiple online wallets or addresses with which to hold and transact your cryptocurrencies, virtual private networks (VPNs) to hide your IP address, the sending of cash through an intermediary, and the use of cryptocurrency mixing services. Mixing, also known as tumbling, blends currencies in recent transactions so as to break up traceability.

While Bitcoin is the most used currency for purchases on the dark web, other currencies like Monero or Dash provide more anonymity through changing addresses or automatic mixing. Neither of these, however, are completely anonymous, but they do aid in making illicit online transactions harder to follow, especially when used in tandem with some of the other strategies listed above.

Still, problems remain with using cryptocurrency. Transferring large sums of money using cryptocurrency is easier to track and harder to hide, even when using mixing and cleaning services. Additionally, even after money is transacted, for many the issue remains of how to launder it back into a fiat currency in the legitimate financial sector.

How is cryptocurrency used for crime?

Cryptocurrency can be used for illicit transactions and for laundering criminal proceeds that may or may not have started as cryptocurrency. These illicit transactions occur on the dark web, including the purchase/sale of illicit drugs and debit and credit card information. A study from April 2019 reported that around $76 billion of illegal activities per year involve Bitcoin. Along with being the dark web’s preferred digital asset, cryptocurrency has been requested as ransom for kidnappings and used to store or transfer money to circumvent sanctions. Outside of the dark web, crypto can also be used as the required form of payment for ransomware.

After generating revenue using cryptocurrency, criminals must then launder the money in order to make it appear as legitimate earnings, which often involves converting it back to fiat currency. This can be done, among other ways, through the use of cryptocurrency tumblers (as noted above), the purchase of prepaid gift cards, or withdrawals from cryptocurrency exchanges and ATMs that do not follow anti-money laundering (AML) regulations.

Countries with weak and/or unenforced AML regulations serve as an ideal location to launder money, regardless of whether it is fiat or cryptocurrency. In CipherTrace’s 2018 Q3 Cryptocurrency Anti-Money Laundering Report, they estimate that “97 percent of direct Bitcoin payments from identifiable criminal sources were received by unregulated cryptocurrency exchanges” in countries with weak AML laws.

In China there is a growing connection between trade-based money laundering (TBML), the underground banking system and cryptocurrency. Some Chinese underground banks have been known to accept crypto and launder the money within China for clients all over the world using over-the-counter Bitcoin brokers (who facilitate large sales of Bitcoin by connecting parties) or via trade (i.e., TBML). The U.S. Drug Enforcement Administration’s 2017 National Drug Threat Assessment Report stated that “Chinese based firms manufacturing goods used in TBML schemes now prefer to accept Bitcoin” as it allows them to circumvent China’s capital controls.

Cryptocurrency’s several obfuscating features, such as its relative anonymity and mixing services, make it ideal for criminal activity. Due to its novelty, many new techniques and methods of money laundering have appeared tailored to it. All of these increase its complexity and range of uses. However, like fiat currency, the end goal is ultimately the same: to legitimize the currency so that the criminal can use it without drawing unwanted attention.

The future of illicit flows

Technological advances bring rise to new tools for criminals to use. Ever changing techniques and strategy pose a constantly evolving challenge to law enforcement. Cryptocurrency is just one example of new and complex monetary instruments for financial regulatory agencies to understand and prevent abuse. The illicit financial flows of the future will be defined by even greater complexity.

Increasing regulations for cryptocurrency and fintech are in progress in many countries and intergovernmental organizations. In a G20 meeting on June 9th, 2019, finance ministers called for a multilateral response to cryptocurrency. Discussed regulations involve registering cryptocurrency exchanges and applying the Financial Action Task Force’s standards for cryptocurrency. By continuing to enforce and expand upon pre-existing AML laws and regulations, financial regulatory institutions can carry on the fight against an ever changing and complex enemy, and maybe even win.

Ben Iorio is a student in Economics at the University of Michigan and a 2019 GFI Summer Intern.