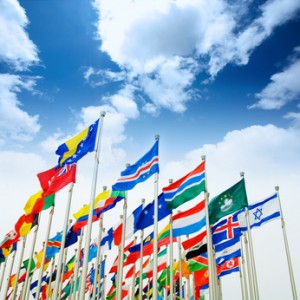 In adopting the Sustainable Development Goals this past September, UN member states realized two extraordinary achievements. First, the document itself—with 17 goals, 169 targets and 200+ (yet to be finalized) indicators—is a testament to global ambition, a 15-year roadmap toward what is hoped will be unprecedented progress in poverty alleviation. Second, the global community agreed to “substantially reduce illicit financial flows,” which reached $1.1 trillion two years earlier according to a recent GFI study. It is nothing short of remarkable that 193 nations agreed to address an issue that five years earlier was just becoming known within the international community. Today, the need to reduce IFFs (as they are known) is part of development policy orthodoxy. What many still do not recognize however, is that the SDGs and IFFs are inextricably linked—we cannot hope to achieve the former without addressing the latter.

The ambition of the SDGs is fantastic, but it comes at a great cost—a cost that has not yet been met. According to the UN Conference on Trade and Development (UNCTAD), in order to achieve the various goals on health, nutrition, education and the rest, developing countries will need $2.5 trillion every year until 2030. A simple calculation of current and pledged capital flowing into poor nations, including Official Development Assistance, Foreign Direct Investment, and assistance from Multilateral Development Banks, shows that the current estimate is about $1.2 trillion and will fall far short of the goal. Even if you were to include remittances, the total would still be just $1.6 trillion, leaving a huge funding gap.

Curtailing IFFs will not be a panacea, but reductions could add hundreds of billions of dollars to government coffers globally each year and represent huge untapped resources for development and investment. The lowest hanging fruit are illicit flows from trade misinvoicing (i.e. trade fraud), in which the value of goods being imported or exported is knowingly misrepresented on an invoice in order to move capital offshore. GFI data show that in 2013 (the most recent year for which data are available) these flows were valued at approximately $878 billion. The related domestic revenue component of trade misinvoicing is huge, and the investment capital that remains in the economy due could be a game-changer. These figures underscore the importance of addressing the illicit flows problem.

Boosting technical capability and capacity building in customs departments to detect when trade misinvoicing occurs is key to capturing these lost resources. Most discussions about domestic resource mobilization focus on improving developing country tax authorities. Those efforts, though useful, will not fix trade misinvoicing, because no tax authority is present at the ports of entry/exit where the transactions are taking place. The best-trained and well-run tax authority will still never be able to see misinvoiced goods leaving the port. Therefore, a broadening in the thinking of development experts must take root in order to address all sides of this problem.

As we start 2016, Governments and experts must resolve to work together to begin to significantly expand transparency and accountability to curtail trade misinvoicing and capture the illicit flows. If we fail to seize this opportunity, the world’s poorest will bear the burden of that mistake.