Flags of Convenience and the Hazards of Shipbreaking

By Matthew Baur Massive cargo ships are all too familiar to those living in big port cities. These giant vessels deliver goods needed for much of our society to function, from medical supplies and medicines, to food...

Trade Integrity and Solutions to Covid-19

Over the last couple of weeks, the rate of Covid-19 infections has flattened in most of the Global North, while the opposite has happened in the Global South. Indeed, according to data from the World Health Organization...

Why India Cannot Get the Money Back 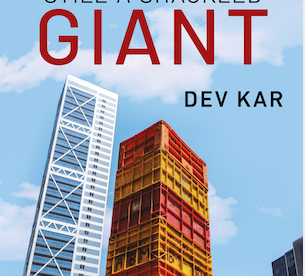 Excerpted from ‘India – Still a Shackled Giant’ by Dev Kar, with Penguin Random House India permission.  A few years after retiring from the IMF, I applied for the position of lead economist at GFI, then a...

GFI: India lost estimated US$13 billion to trade misinvoicing in 2016.

Washington, DC – In a comprehensive study on the level of trade misinvoicing in India in 2016, GFI found that the estimated potential tax revenue losses to the Indian government that year is US$13.0 billion, equivalent to 5.5...

GFI: India Lost Approximately US$13.0 Billion to Trade Misinvoicing in 2016

Global Financial Integrity estimates India lost US$13.0 billion in potential revenue to trade misinvoicing in 2016 alone. How did we get that estimate? This blog breaks down the findings and methodology of our latest report.

Trade Fraud Responsible for Illicit Outflows of US$6.5 Trillion

WASHINGTON, DC – Illicit financial flows from developing and emerging economies surged to  US$1.1 trillion in 2013, according to a study released Wednesday by Global Financial Integrity (GFI), a Washington, DC-based research and advisory organization. Authored by GFI Chief Economist Dev Kar and GFI Junior Economist Joseph Spanjers, the report pegs cumulative illicit outflows from developing economies at US$7.8 trillion between 2004 and 2013, the last year for which data are available.

Photos from “Illicit Financial Flows: The Most Damaging Economic Problem Facing the Developing World,” a 2-day conference in Washington, DC that was hosted by Global Financial Integrity and held at the National Press Club.

Global Financial Integrity is pleased to present GFI Engages, a quarterly newsletter created to highlight events at GFI and in the world of illicit financial flows. We look forward to keeping you updated on our research, advocacy, high level engagement, and media presence. The following items represent just a fraction of what GFI has been up to since March, so make sure to check our website for frequent updates.
Global Financial Integrity Conference: Illicit Financial Flows: The Most Damaging Economic Problem Facing the Developing World

Based on the culmination of work GFI has done with the support of the Ford Foundation including a book by GFI, the conference included discussions and keynote remarks from experts on the nature of IFFs, country-level perspectives, and how and why curtailing these IFFs should be a priority for the global community.