Trade Integrity and Solutions to Covid-19 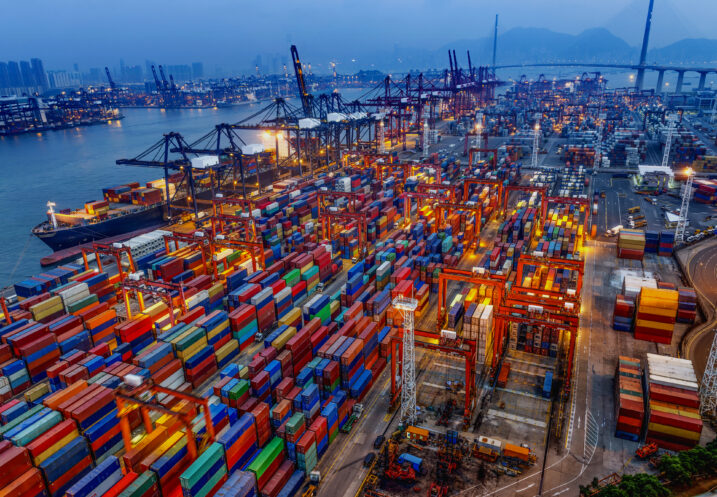 Over the last couple of weeks, the rate of Covid-19 infections has flattened in most of the Global North, while the opposite has happened in the Global South. Indeed, according to data from the World Health Organization (WHO), Global South countries currently have the highest number of confirmed cases and deaths. If the spread of the Covid-19 virus is not contained, the resulting economic and human devastation will be on a scale unseen in decades.

While governments are considering a host of fiscal and social policy responses, one way to mitigate the economic and human costs of the pandemic would be to implement policies in line with the concept of “trade integrity,” defined by Global Financial Integrity (GFI) as “international trade transactions that are legal, transparent and adequately priced.” More transparent trade would help developing countries raise revenue to combat the pandemic, improve their health care and production capacities and improve access to protective medical gear that is properly priced and effective.

Covid-19 and the Global South

In the early months of the pandemic, the available data suggested the infection rate was lower in developing countries than in developed ones, and according to a report by the Brookings Institution, as of April 30, 2020, developing countries accounted for just 14 percent of all cases and deaths. This could be explained by several different factors. Firstly, the lack of tests in developing countries has made it impossible for large portions of their populations to be tested, keeping their numbers artificially low. In addition, nursing homes, which are a main source of Covid-19 infections and deaths in the Global North, aren’t as common in the Global South.

However, over the last couple of weeks, the infection rate has been increasing in several developing countries at an alarming rate. The most recent data from the WHO indicates that the top 12 countries in terms of confirmed cases and deaths are the United States, Brazil, Russia, India, United Kingdom, Spain, Italy, Peru, Iran, Germany, Chile and Turkey, respectively. Seven of these 12 are developing countries. Although, the data does not provide any evidence of a spike in cases and deaths in Africa; anecdotal evidence indicates that cases and deaths are on the rise in some African countries. A recent report by the Wall Street Journal suggested that recent surges in Covid-19 deaths has led to a shortage of available burial grounds in the city of Kano in Northern Nigeria, ultimately leading to burial in mass graves.

Most developing countries are ill equipped to adequately combat the virus, leaving them more vulnerable than their peers in the Global North. A recent academic study found that some developing countries have just one intensive care bed per million residents. The New York Times reported in April there are less than 2,000 available ventilators in 41 African countries, compared to 170,000 ventilators in the US alone.

Furthermore, most developing countries depend entirely on imports of Covid-19 medical equipment such as masks, ventilators, pharmaceuticals and other personal protection equipment to combat the pandemic, due to having little to no domestic production capacity. Unfortunately, the supply of this essential medical equipment depends on international trade and global supply chains, all of which have been disrupted due to the global lockdown and export restrictions imposed by some nations in order to avoid shortages and price hikes at home. A recent report by the World Trade Organization (WTO) found that 80 countries currently have export restrictions on key Covid-19-related medical goods. This has led to a global shortage and rising prices for medical gear.

Illicit actors have also taken advantage of the shortages, surging prices and increased demand in developing countries to circulate fake medical goods. According to the WHO, since the beginning of the pandemic, there has been an increase in the sale of fraudulent medical goods and equipment to developing countries, leaving users to risk death, as these products often contain dangerous ingredients and provide false assurances of protection.

Moreover, unlike most developed countries that can mitigate the negative economic impact of the pandemic with increased government spending, many developing countries cannot afford to do so. Global North countries, especially the US, can easily borrow trillions of dollars at low interest rates. Meanwhile, many developing countries are unable to due to already being heavily indebted. Loans made in US dollars will be expensive for them to repay with their rapidly depreciating currencies, leading to a very high probability of default. Coupled with the fact that most of the inhabitants of these countries earn just the bare minimum to meet their daily needs, governments of developing countries are in a complex dilemma. On the one hand, if they keep their economies locked down, people could starve to death. On the other hand, the virus could spread rapidly and result in deaths if the economy is reopened too quickly.

And then there’s the floundering price of oil. Although the price war between Saudi Arabia and Russia has been resolved, and most countries are currently reopening their economies, the demand and price of oil has not yet fully recovered to the pre-pandemic level. According to the most recent oil and gas market report from the International Energy Agency (IEA), the demand and price of oil might only return to the previous level in 2022. The agency has gone on to warn of an even worse drop in oil prices in the last quarter of this year to about US$10 per barrel (from about US$41.15 per barrel right now) if a second wave of the pandemic occurs in the fall as predicted. Except for a few countries like Saudi Arabia, most oil producing nations require a price of at least US$60 per barrel to make profits, meaning that US$10 per barrel could only make things worse for countries battling the pandemic.

International Trade and the Global South

The Covid-19 pandemic has helped to shed light on the importance of international trade in the Global South. These countries require exports and imports to secure a steady flow of essential goods, keep their citizens employed and raise revenue through the inflow of foreign currencies and the collection of custom duties and value-added taxes (VAT). On the other hand, the pandemic has also helped to shed light on the vulnerability of health care systems and the need for developing countries to build up their domestic production capacities.

Between 1990-2010, there was a rapid increase in international trade, enabling developing countries to grow at a faster rate than developed countries. Even after the global financial crisis of 2007-2009, developing countries recovered quicker than developed countries, most probably because they weren’t hit as hard by the crisis. The decades of rapidly increasing international trade also contributed to eradicating extreme poverty by reducing by half the number of people in the world who live on less than US$1.25 per day in 2010, five years ahead of schedule for achieving the Millennium Development Goal on poverty.

The Covid-19 pandemic could reverse this economic progress and undermine the achievement of the Sustainable Development Goals (SDGs) by 2030. A recent study by the United Nations predicts a 3.2 percent slowdown in the global economy this year due to the pandemic, representing the highest contraction in the global economy since the Great Depression of the 1930s. Meanwhile, the World Food Program (WFP) predicts an additional 265 million people worldwide might suffer from acute hunger this year and the International Labor Organization (ILO) employment monitor estimated about 1.6 billion informal jobs have already been lost throughout the world since the beginning of the pandemic. Most of these job losses are in the Global South, where employment is largely informal. This could push millions of people back into extreme poverty.

In addition, greater transparency and cooperation in the global trading system could also help secure a steady supply of key Covid-19-related goods at reasonable prices to all countries. China, the European Union and the United States produce most of the medical supplies needed; a coordinated effort amongst them could ensure a steady and affordable supply of these goods worldwide. Furthermore, greater transparency and cooperation in the international trade system could also increase the chances for the development of a vaccine or mitigating medicines.

Unfortunately, transparency and cooperation in the international system are currently at a record low. In the initial stages of the pandemic, the Chinese government deliberately refused to share information about the virus with the rest of the world in order to avoid political embarrassment. Sharing this information could have saved lives. Additionally, the Trump administration recently stopped funding the WHO, based on an unfounded claim that the organization collaborated with the Chinese government to hide the truth about the origins of the virus. In March 2020, the Group of 7 was unable to issue a simple joint statement following their annual meeting, due to the US government’s insistence on using a geographical marker instead of the well-known and commonly used ‘Covid-19’ name. As a result, each member released a separate statement. These are clear signs of a deficit in global transparency and cooperation.

Covid-19 is a global problem that requires a global solution. As countries begin to reopen, governments should consider implementing policies that are in line with the concept of trade integrity as part of the solution to this global economic and health care crisis.