GFI: India Lost Approximately US$13.0 Billion to Trade Misinvoicing in 2016 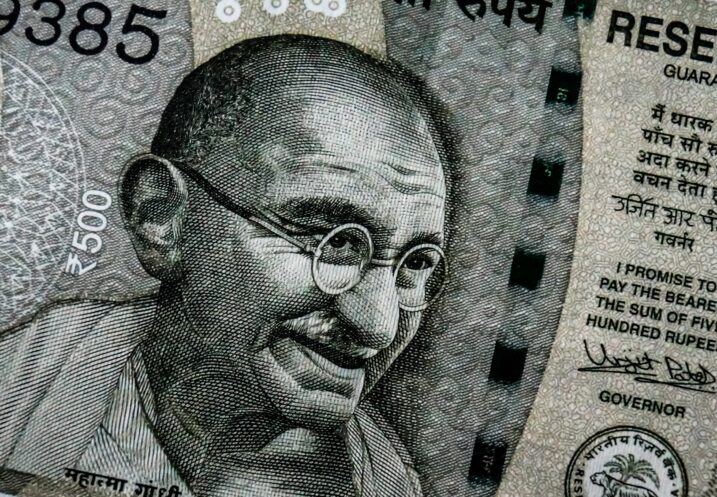 Trade misinvoicing is the largest source of illicit financial flows (IFFs) and occurs when importers or exporters falsify prices for goods on invoices. By analyzing official national reports on trade submitted to the United Nations Comtrade database, GFI is able to identify trade reports that do not correspond between trading partners. By manipulating the price or quantity of a good or service on import or export invoices, actors partaking in trade misinvoicing can avoid value added tax (VAT), claim tax incentives, dodge capital controls, or launder the proceeds of illegal activities. The main result of trade misinvoicing is a loss to government of tax revenue, thus limiting the government’s spending for public health, education and other essential services.

In analyzing the import and export gaps found in the Comtrade database, GFI estimated a value gap of all misinvoiced imports and exports for India to be US$74 billion, or 12 percent of India’s total trade of US$617 billion in 2016. GFI then used data from India’s VAT tax rate in 2016 (14.5%), custom duties tariffs as reported by the World Bank’s WITS database in 2016 and India’s tax rates on corporate profits in 2016, in order to estimate a total potential revenue loss in India in 2016 of US$13.0 billion. 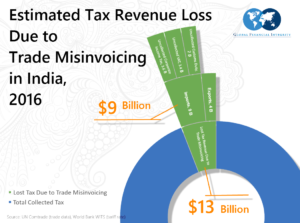 As the largest portion of the estimated tax revenue loss occurred with misinvoiced imports, GFI undertook an in-depth examination of the imports in 2016. It identified key imported goods and trading partners most at risk for trade misinvoicing. In 2016, the imports which were mostly likely to have been misinvoiced included edible fruits and nuts (US$149 million), sugars (US$78.8 million), cereals (US$77.8 million) and vehicles (US$63.2 million). The trade partners with whom the most trade misinvoicing most frequently occurred in 2016, both in terms of their percentage total imports, as well as their dollar values of estimated customs revenues are the USA (US$176.1 million), Australia (US$172.7 million), South Africa (US$99.4 million) and Ghana (US$98.0 million).

Through strengthening enforcement of regulations, increasing penalties for violating legislation and establishing public registries of beneficial ownership, India can regain lost revenues after misinvoicing is discovered. At the international level, India can support policy initiatives that restrict IFFs and encourage increased tax coordination among countries. Domestic and international policies to curtail IFFs and trade misinvoicing will lead to greater tax revenues for India and increased domestic spending on development and public services.

Ben Iorio is a junior in Economics at the University of Michigan and a GFI Economics Intern for Summer 2019.