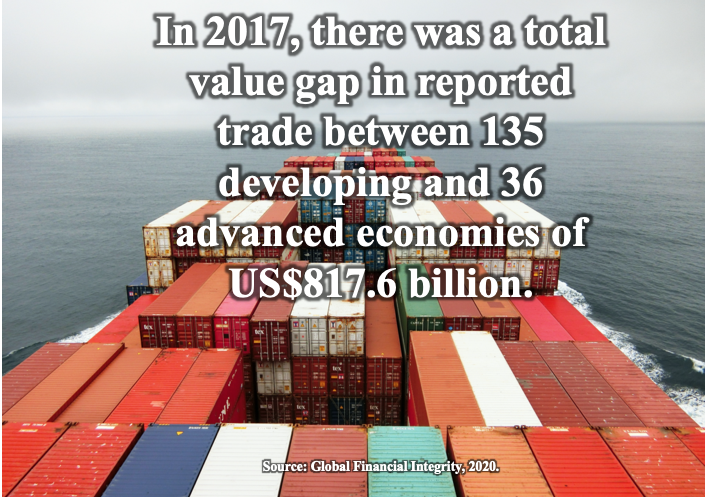 Global Financial Integrity (GFI) recently released its newest report, “Trade-Related Illicit Financial Flows in 135 Developing Countries: 2008-2017,” finding value gaps in reported international trade of a staggering $8.7 trillion over the ten-year period, 2008-2017, and a gap of $817.6 billion in 2017 alone. The report also found high incidences of trade misinvoicing as a percent of total trade, the highest of which being 46.8 percent of The Gambia’s total trade with all global partners.

Reasons to engage in trade misinvoicing are myriad, including the overriding imperative to move wealth into harder currencies (US dollars, British pounds, etc.), evade tax and/or customs duties, launder the proceeds of criminal activity, circumvent currency controls and shift profits offshore, among others.

For example, one could look at US imports of bananas from Ecuador in 2017: If Ecuador reported exporting $525 million in bananas to the US in 2017, but the US reported only importing $400 million in that year, the difference of $125 million would constitute a value gap, or mismatch, in the officially reported trade data. While there are some perfectly legitimate reasons for why there might be some small degree of mismatches in the official data, GFI believes the vast majority of identified value gaps are proxies for, or indicative of trade misinvoicing activity – meaning that parties in one or both of the countries had falsified the declared prices on their import or export invoices submitted to their customs authorities as a way of illicitly moving value across borders.

The key point for GFI is that some portion of that hidden $125 million could have ended up as additional trade tax revenues for these two governments, but since it was never properly reported, it was never properly taxed. This is GFI’s main concern about trade misinvoicing – the amount of trade taxes that are not being collected by governments, particularly the governments of developing countries which desperately need the revenue in order to finance development, poverty reduction and other critical social spending programs.

A 2018 World Bank report found that efforts to reduce extreme poverty globally have slowed in recent years, “raising concerns about achieving the goal of ending poverty by 2030 and pointing to the need for increased pro-poor investments.” A global turndown in poverty reduction significantly impacts the quality of life for people in countries around the world. Curbing trade misinvoicing could help governments capture more revenues, which could in turn be allocated to social spending programs, and thus improve the lives of their citizens.

The main findings, all in USD, include:

Overall, the analysis shows trade misinvoicing is a persistent problem across developing countries, resulting in potentially massive revenue losses – at a time when most countries are struggling to mobilize domestic resources to achieve the internationally-agreed UN Sustainable Development Goals (SDGs). There are just ten years until the 2030 SDG deadline, and countries are facing an urgent lack of funding.

In September 2019, the UN acknowledged “an annual SDG financing gap of $2.5 trillion.” Concomitantly, GFI’s analysis identified total value gaps of nearly $1 trillion in annual global trade between developing and advanced economies. In effect then, by curbing trade-related illicit financial flows, countries could capture more revenue that could in turn be used to finance SDG spending and at the same time, they would also contribute towards achieving SDG16.4.1 – which seeks to curtail global illicit financial flows. 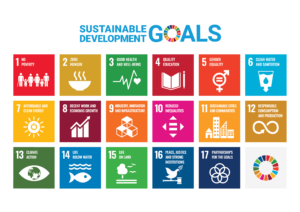 Indeed, a 2016 World Bank blog post acknowledged how integral trade is to achieving the SDGs, as “the movement of goods and services across borders, as well as flows of technology, ideas and people, all enable progress toward ending poverty, improving economic growth and job opportunities, and reducing global inequality.”

There are a host of policy prescriptions governments may implement to promote trade integrity and curtail trade-related illicit financial flows. In particular, GFI recommends governments: