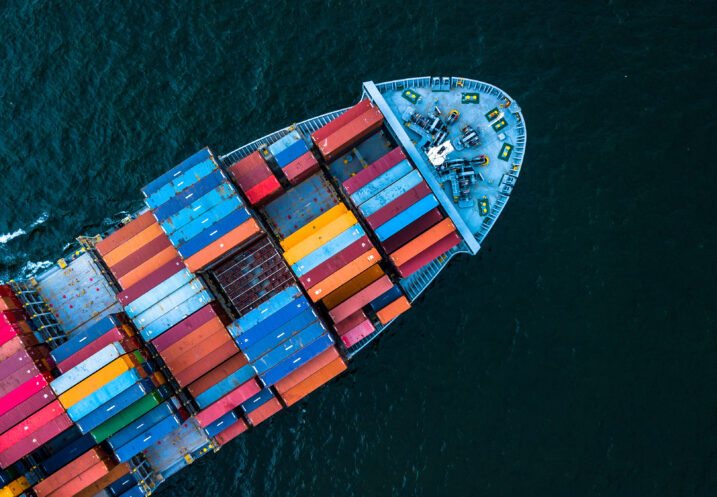 Editor’s Note: This opinion piece was written by a former US Treasury official, who has requested anonymity.

Many illicit finance experts agree trade-based money laundering (TBML) is one of the largest, if not the largest, money laundering methods affecting global financial institutions. Recent reports from the US Government Accountability Office (GAO) and US Treasury reports have highlighted TBML’s continued threat to security of our financial institutions. These startling findings have left some policymakers and financial institutions wondering how TBML can be effectively deterred and disrupted. What is urgently needed is the formation of a public-private partnership that seamlessly works alongside law enforcement to do just that.

TBML has various nuances; the most common is deliberate mis-invoicing, i.e., under- or over-invoicing the price, quantity or quality of goods as declared to customs authorities. TBML may also facilitate value-added tax fraud, capital flight, value transfer for various purposes including evading capital controls and informal value transfer systems, such as Hawala, the Chinese underground banking system, or the Black Market Peso Exchange (BMPE).

Indeed, transnational criminal organizations (TCOs) may use TBML as a means to move illicit proceeds, commonly through the BMPE, a decades-old informal value transfer method. It is an illegal foreign currency exchange method (commonly found in the Western Hemisphere) used by TCOs to transfer illicit activity proceeds between jurisdictions, without the physical movement of currency. Fundamental to BMPE are a series of currency pickups, payments, and offsetting transactions often called “mirror transfers” facilitated by either internal TCO accountants or independent accountants, commonly called “money brokers.” When illicitly derived proceeds from for example, drug trafficking are involved, a criminal network, including the importer and/or exporter, can use TBML to effectively launder money and evade taxes and customs duties all at the same time. Corrupt government officials may also employ TBML as a means to move ill-gotten gains through abusive shell companies.

TBML sometimes intersects with currency, which is unusual for wholesale trade. The currency keeps its beneficiaries and respective actors mostly anonymous and cleans itself through trade transactions. In the case of narcotics traffickers, by the time the exporter receives funds (i.e. drug proceeds) to pay for trade goods, the trafficker has already received an equal value of the proceeds in their home or designated country and has no stake in the actual trade goods that are subsequently purchased.  Essentially, this is an illicit or “black market” foreign exchange transaction cloaked under the cover of trade.

While many technology firms suggest adding blockchains and sophisticated algorithms to identify beneficial ownership of trade transactions, this unfortunately doesn’t cover all TBML aspects. Criminals, especially TCOs, are interested in money, and not necessarily the underlying trade good or commodity.  The Wolfsberg Group, an association of 13 global banks, attests that 80 percent of international trade transactions flow through a financial institution’s open accounts. As the GAO states, open-account payments are normally processed on behalf of a bank’s customer through its automatic payment system, without human input. Therefore, the justifications for a trade payment are not always clear.

Another complicating factor is the indication that high volumes of TBML flow through China, due to myriad penetration barriers and the global reliance on foreign manufacturing. Not only are there language and dialect barriers, there are also few if any bilateral law enforcement agreements currently in effect with China. Recent assessments from the US Treasury and the US Drug Enforcement Administration (DEA) along with US Department of Justice prosecutions suggest the US$50,000 in Chinese foreign currency control restrictions generates significant demand for currency in the United States and elsewhere, and TBML could underpin these payment flows.

So, how to tackle TBML? A good start would be confronting some of its most essential elements. First, are shell companies, which are routinely used to bypass financial regulations and they are unfortunately very easy to create. A 2019 study from Global Financial Integrity found that in all 50 US states, more information is required to register for a library card than is needed to register a company. Policy advisories, such as those published by the Financial Crimes Enforcement Network, a bureau of the US Treasury, highlight some typical TBML shell company characteristics, including companies with generic names ending in import, export, or trading. Further delving into a suspected shell company’s business model during onboarding, and at instances when anti-money laundering (AML)-triggered activity occurs, could shed light into a deeper, more nefarious corporate structure designed to cloak beneficial ownership and the illicit payments funding its purported exports.

Second, understanding a trade business’ payments and receipts structure is important. To what extent is cash (currency, checks and bank drafts) and third-party payments, especially unrelated, common in open-account payments? For illicit actors, the root of cash and unrelated third-party transactions is ensuring anonymity of nearly all parties involved.  Do legitimate trade transactions really need such anonymity?

Lastly, if substantial irregularities are detected, who should be responsible for disrupting criminal actors and networks? Financial institutions are commercial enterprises, not law enforcement entities, which themselves cannot continuously “snoop” and probe a bank’s customers solely based on hunch. Financial regulators and AML departments are similarly not resource-equipped to inspect potentially hundreds of TBML-facilitating businesses, determine their compliance adequacy, and refer these anomalies to law enforcement. This regulatory, enforcement and investigatory gap creates a window of opportunity for illicit actors to exploit financial systems.

Who then in private industry and government is best equipped for dismantling TBML? A public-private partnership on a global scale could be a step in the right direction. Commercial trade transactions are submitted to governments as customs data, but problematically, governments don’t necessarily hold the underlying transaction data Meanwhile, banks receive transaction data, but not necessarily the underlying trade data. It is this gap in oversight that illicit trade companies exploit to their advantage. For example, in the UK banks and the government are working together to address financial crime.

The US government has created countless task-forces to tangentially address TBML, but a public-private partnership using the knowledge, experience, and passion of AML experts, law enforcement and commercial enterprises on an international scale could design strategies and programs to combat the most substantial TBML threats and trade-based money launderers. As the US dollar is the most traded currency in the world, the US should have the lead role in designing and overseeing this partnership. Creating solutions for industry, regulators and law enforcement through this forum could (at the very least) stymie illicit actors from exploiting the US financial system.

As a result, trade could become significantly less attractive for illicit actors to move and hide ill-gotten wealth, and ultimately, our the strength of US financial institutions will improve.