Why India Cannot Get the Money Back 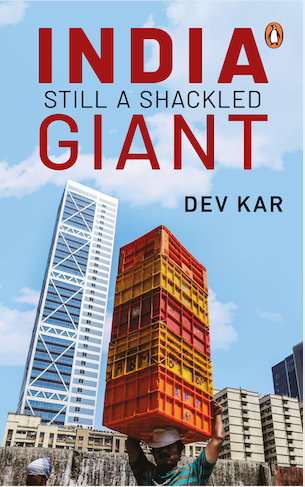 A few years after retiring from the IMF, I applied for the position of lead economist at GFI, then a fledging think tank based in Washington DC, headed by Raymond Baker. He had just written the widely acclaimed book which I referred to earlier. For the first time, here was a book that put a figure on all the ‘dirty money’ sloshing around in the world. GFI was instrumental in introducing the term ‘illicit financial flows’ to represent flows of dirty money around the world.

I was called for an interview during which Raymond said, ‘We have received some funding from the Ford Foundation to carry out a study. The objective of the study would be to estimate the total volume of illicit funds coming out from developing countries. The second part of the project would be to determine where the money goes. What are your views on these projects, can you do them?’

The Ford Foundation felt that people would be interested to know whether Raymond’s survey-based estimates could be corroborated through economic methods. I said, ‘I am confident about estimating the volume of illegal capital flight from developing countries, but I am not sure whether the second part of the project could be done.’ I knew that the illicit funds went into ‘black holes’, about which economists knew precious little.

It was probably the first time someone got a job by doubting they could actually do it! I would not suggest anyone giving it a try at a job interview. Far from being whimsical, I knew that there were enormous difficulties in carrying out the second part of the Ford project.

As it turned out, within one year, with the help of some bright economic interns, I was able to complete the first part of the project, namely estimating the total volume of illicit funds coming out from developing countries. The second part—where black money goes after it leaves a country—was completed the following year using a number of heroic assumptions about the way the world’s shadow financial system behaves. These were some of the most exciting projects I ever worked on during my long career as an economist.

On Tax Havens and Other Black Holes

To make a reasonable start, I assumed that the black money coming out from developing countries could either be deposited in the banks of advanced countries or in tax havens. Both can be likened to black holes—destinations that cannot be traced, monitored or contacted by any investigating or regulatory agency regarding the funds.

Even if you manage to get in touch with these black holes, the answers to your questions would be evasive. Their skimpy ‘publications’ tend to raise more questions than they answer. Literally, these black holes emit no light. By that I mean the light of information and of transparency. In fact, the word ‘transparency’ is alien to the people running that world.

Business has been so good for tax havens that their assets and liabilities have grown exponentially. Assets are what tax havens invest abroad while their liabilities consist of deposits by foreigners. Even the world’s best investigative agencies such as the CIA, the FBI, the Interpol and Scotland Yard have few clues about who holds what and how much in these tax havens.

You would expect that the advanced countries, if not the tax havens themselves, would be a little more sympathetic to your queries. But the banks of advanced countries are equally secretive about such information. For instance, you cannot get any bank in any of the advanced countries to provide you with a detailed breakdown of public and private sector deposits of developing countries by type of financial instruments. They gave me all sorts of excuses as to why they could not provide me that data. That is why I call them black holes. The name is most appropriate.

Some of them such as the Cayman Islands grew so much in the dark that they went bust. The United Kingdom had to bail them out. Now, not all tax havens are under the jurisdiction of an advanced country and when these go bankrupt (such as Cyprus), you are out of luck.