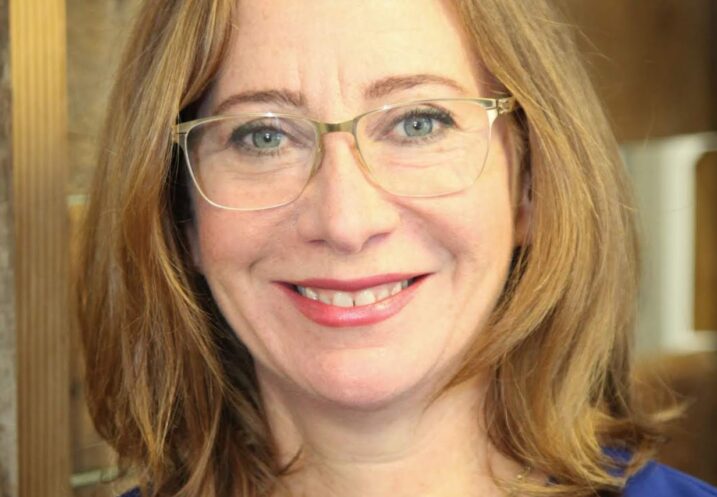 “I am passionate about pushing governments to be more accountable to the public interest, especially to the groups that are systematically marginalized from power.”

As part of Global Financial Integrity’s work to highlight the voices and work of women in the transparency field, we are delighted to launch a new interview series featuring members of the Women in Transparency Network. This piece is the first in the series, featuring Zoe Reiter, Director of Civic Engagement at the Project on Government Oversight, a nonpartisan independent watchdog that investigates and exposes waste, corruption, abuse of power and when the government fails to serve the public or silences those who report wrongdoing.

Since I graduated from college, I have been working on social justice issues, primarily in Latin America. At the time, I thought poverty was something you could problem-solve with a so-called development approach. But I realized quickly that fighting poverty is much less a technical challenge than a political one. You cannot tackle poverty if you don’t take on corruption.

Things really hit the road when I began at Transparency International (TI) in 2008.  I was so thrilled when TI hired me to be able to work with an organization that had been really pushing on this issue of corruption for decades around the world. From there, I worked my way up to lead multi-country initiatives, first with our Latin America chapters and then more globally on public contracting  issues. For TI chapters, and many of us who work on these issues around the world, our definition of corruption is very simple – it is the abuse of power for private gain. This definition is broad enough to capture the kind of  corruption that is legal in the US, especially policy and regulatory capture and other forms of undue influence of the well-connected.

When I worked on corruption issues in Latin America with colleagues there, the link between corruption and people’s daily lives was very clear. Latin Americans readily grasp that corruption is a core driver for all forms of human insecurity and democratic instability. In the US right now, with the coronavirus pandemic, we are starting to have a e clear-eyed understanding of the way undue influence and policy capture has real life-and-death implications. I am wondering to what extent this crisis will adjust framing narratives surrounding how power does and should work in the US.

On what should change in the transparency field:

We can’t achieve enduring rights-based impact without an anti-corruption lens and we shouldn’t strive to fight corruption without a rights-based lens. That is unfortunately a polemical statement. I would like to see greater support and investment from the ground up for work that bridges these often too disparate spaces, linking the expertise of so-called professional civil society organizations with the expertise of people most affected by specific forms of corruption. This won’t be possible unless enough of us, including donors, own the fact that tax avoidance is the number one corruption issue of our time, if you consider undue influence of the well-connected over our tax policy as a form of corruption that is significantly exacerbating inequality.

On diversity and inclusion:

I have experienced sexual harassment, bullying and other forms of abuse that I believe/hope would be less tolerated in 2020 thanks to the #MeToo movement. That said, there is so much work to be done. We have a long, long way to go before we can identify our field as inclusive and diverse.

On advice for women in the transparency field:

I am still trying to figure it out myself. My only advice is work with as many women as you can. Working in transparency is about addressing the abuse of power. I think women tend to think more about power imbalances since we are all inevitably affected by those imbalances. That experience is important to reflect on when thinking about our own work.

On useful resources for understanding corruption:

I learned a lot about transparency and accountability from working with my colleagues in Latin America who are on the front lines , fighting corruption in their countries; I was just a sponge, and I listened and I learned. From the world of entertainment, perhaps there is no better tutorial on corruption in all its dimensions than HBO’s ‘The Wire.’ The show really nails it, it is the story of corruption in our time.

In terms of books, I haven’t actually ever read more than the introductory chapter of all the many non-fiction books I have bought on the issue of corruption. For me, the more interesting thinking and theorizing in the academic space comes from the philosophers who came of age in the wake of atrocity. For example, the social theory around language that emerged following World War ll is really important, especially the work of French social theorists who show how language is a fundamentally tactical expression of power relations. Understanding how knowledge is produced and created can help keep us away from repeating what happened in WWII and the Holocaust. Side note, I get accused of sounding too academic even when I just use the language of “power relations” or “capitalism”. I suspect if I were a man that wouldn’t happen. Either that or the anti-intellectualism that characterizes the US is also a challenge for our community. Or I’m just an egghead. Probably all three things are true.

On a transparency and accountability issue to watch right now:

Working at POGO, we are currently working to ensure the federal pandemic emergency spending gets where it is intended and is not siphoned off by corruption; that government doesn’t use pandemic for political gain or to trample our Constitutional rights; and to make sure whistleblowers on the front lines of the fight against COVID-19 don’t face retaliation for coming forward. Relatedly, we are fighting back against the current attack on oversight, especially on whistleblowers and the inspectors general (IGs). As we are seeing now in the response to the coronavirus pandemic, these are matters of life and death. We have a serious problem in the US in terms of the attacks on whistleblowers and IGs – these people are the guardrails of accountability for our society. If we don’t have safe and effective conditions for whistleblowers to come forward and for their allegations to be properly investigated without fear of favor, there are no holds barred on corruption and abuse of power from the upper echelons of government.