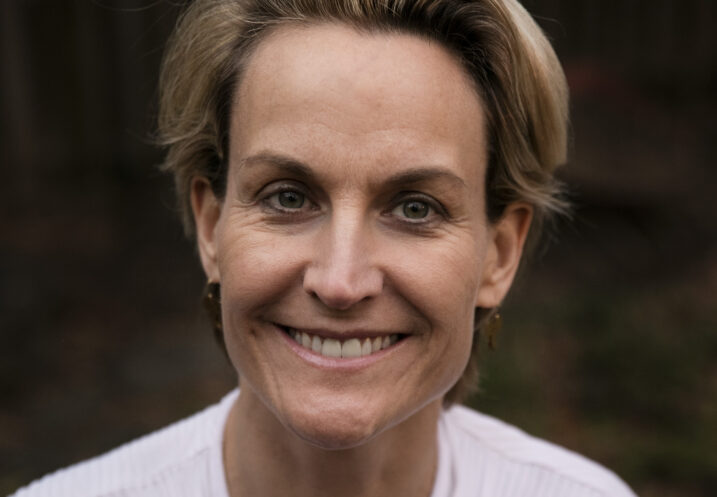 This piece is part of a series to highlight the voices and work of women in the transparency field, as part of Global Financial Integrity’s work coordinating the Women in Transparency Network. This interview features Gretchen Peters, the Executive Director of the Center on Illicit Networks and Transnational Organized Crime (CINTOC), a strategic intelligence organization made up of experienced investigators, analysts and advisors.

I have an interesting background in this space. I spent 18 years working as an investigative journalist, operating in places around the world where conflict and/or instability never seemed to end. I came to identify crime and corruption to be the core drivers of this perpetual instability, as opposed to whatever dominant narrative was at play. Often, as in Afghanistan, the conflict was little more than two sets of entrenched criminal groups fighting for primacy, with ordinary, innocent civilians squeezed in between. Sarah Chayes, another former journalist who was also in Afghanistan, is someone who has done amazing work on corruption as a national security issue. Like me, she came to see corruption as a core driver for why the US is losing the war in Afghanistan. Her work on this issue is compelling.

Young people who want to have a career in this field – or in any aspect of foreign service or policy – ought to get out in the world, and see for themselves how corruption (or lack thereof) manifests itself. It’s good to see different approaches to solving crime and corruption problems, and not just read about them from the comfort of your office. Crime and corruption are literally chewing up whole societies, cratering economies, threatening health and human safety and harming the global environment.

In 2009, I wrote a book about the drug trade and the Taliban and how it shaped three decades of war in Afghanistan. As a result of that book, I was recruited to work for the US Department of Defense (DOD). It was an interesting time in the DOD, where there were a lot of ‘think outside the box’ folks at the top of the organization, and they were hiring people like journalists, economists and anthropologists to help them understand the conflict in Afghanistan, its adversaries and allies better and indeed, the social fabric they were operating within.

It was a really interesting opportunity for me and I ended up conducting studies and doing advisory work on the issues of organized crime and corruption in Afghanistan and Pakistan for several years, which I parlayed into the career I have now. I now have a small business and an NGO that both do consulting research and advisory work on organized crime, corruption and state capture. It’s been incredibly interesting work, but also frequently frustrating. I have gotten to work in many different regions of the world, to examine a number of different criminal commodities ranging from trafficking of timber, wildlife, humans and drugs to high-level fraud, and I’ve done a lot of work on hybrid networks, where insurgent or terror groups morph into organized crime networks over time.

On organized crime and corruption:

A major challenge of working in this field is that the issue of corruption is often overlooked when governments design interventions, aid projects or military campaigns in other countries. The United States government rarely accounts for corruption in its strategy, nor works to prevent it. On the contrary, what we’ve seen in Afghanistan and Iraq in the last decade is that our policies and interventions have actually made corruption worse.

Corruption and organized crime can chew up entire economies, healthcare systems and impact people’s lives in ways we can’t imagine. Organized crime exists in every society and even here in the US, we are not managing it very effectively, or in a way that is equitable to our communities. We need more transparency and policies that reduce harm, not spread it.

What’s frustrating is that there are strategies and interventions that can work to counter these problems effectively and overall reduce the harm to societies, but these strategies are rarely the ones governments are choosing to pursue. I feel like my purpose in life is to get governments and communities to make better choices to deal more effectively with and reduce harm around crime and corruption issues, but I often fail. I’ve watched governments and communities implement solutions that not only won’t solve crime and corruption, but actually will make it worse. A good example of this is destroying drug crops to try and reduce the profits reaching drug traffickers, an approach the US government has used in Mexico, Colombia and Afghanistan. Studies have shown that this method has been completely ineffective in reducing the amount of money reaching the leaders of these networks and it actually drove tens of thousands of people in poor areas into the arms of the drug traffickers and caused immense levels of social, economic and ecological harm to those communities.

On transparency and accountability in the United States:

Transparency to me means accountability, where governments, firms and other associations have open books, clearly delineated policies and procedures that are understandable and designed to serve their communities. I think we need a lot more of it. I think we are facing a period of rising corruption both globally and in the US that is extremely alarming.

I’m reading a book now by Zephyr Teachout on corruption in America and it’s important for Americans to realize the extent to which the founding fathers of this nation were concerned about corruption. There are more passages about corruption and their concerns about it in the early documents of this nation than one might expect. I think we’re at a very dangerous place with legislation like Citizens United and corruption investigations that go nowhere. I worry that we are becoming more corrupt across our political spectrum, and it’s something we need to take seriously as a nation.

On the use of technology in combating and facilitating corruption and organized crime:

A major issue to watch right now will be oversight of the billions of dollars that are being deployed very quickly in response to the Covid-19 pandemic and the resulting recession, both globally and in the US. The scale of fraud and illicit activity going on has really very significant and negative impacts on our economy and our already damaged healthcare system.

Technology can help strengthen oversight efforts, including the use of blockchain to streamline financial transactions and to reduce the number of middlemen who can potentially get involved in a transaction. We have a system today where there are so many different layers and players taking a cut of various contracts, particularly in the government space. I’d like to see the government focus on finding technological solutions to help drive efficiencies, as well as a greater awareness of the problem of corruption and the scale of it. I remember my surprise when learning that if we could do away with Medicare fraud, it would completely pay for healthcare reform.

Our team at CINTOC has engaged in a number of projects to map the supply chains that move ivory from Africa to Asia. To our surprise, we found that the largest illegal wildlife markets in the world had shifted online, not on the dark web, but mainly on surface platforms like WeChat and Facebook.

First, we brought this information to Facebook, thinking they would be shocked and horrified. It turned out other conservation groups had already told them about this problem and the company’s response had been a series of PR moves, but no real reform or action. As a result, we filed a complaint to the SEC about this issue. This may seem like a strange way to try to save endangered species, but there’s a very outdated law on the books governing tech that gives Internet firms immunity for hosting illicit content on their sites, even when they know the content is there. Filing a complaint to the SEC was our only option since there wasn’t an opportunity to bring a case in civil court. We are arguing that Facebook, as a bearer of public securities, is in violation of SEC law because it is hosting and profiting off wide scale organized crime activity. That’s a serious violation for a public firm, especially one whose stock is owned by so many American pensioners.

The case is still in process, but we have expanded our investigation after different groups reached out to us with similar findings of illegal sales of antiquities, drugs, guns and human and sex trafficking. Anything illegal you can imagine, it’s happening on Facebook. It’s shocking in part, because technology offers tools to restrict this type of activity and yet these firms are choosing not to remove this content, much less report it to law enforcement. At a time when they could be reducing harm to these communities, they are choosing not to do anything about it. I think that’s wrong and they should be held accountable.