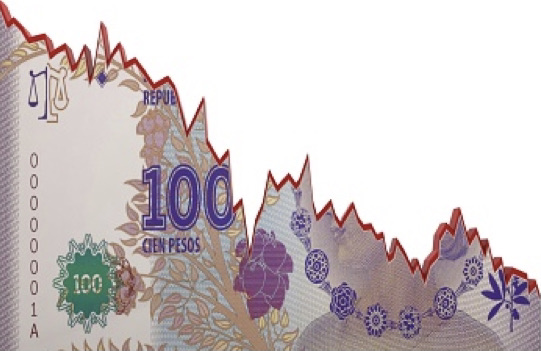 Though Mexico has emerged as a global contender in technology, industry, and trade, it nonetheless faces a number of economic challenges including corruption, economic informality, and low levels of financial inclusion.  In the past few years, Mexico is turning to Fintech, which is both a literal term for technologies that deliver financial services to customers and an idealistic term for innovation and financial inclusion.

Mexico has a Corruption Perception Index ranking of 124 out of 180 (1 being least corrupt and 180 being most corrupt), and eight out of ten Mexican citizens perceive the public sector as “extremely likely” to participate in corrupt acts. Moreover, corruption is perceived as the most problematic aspect for multinational companies ”doing business” in Mexico.

In Mexico, 60% of the labor force is employed informally. Studies have shown that corruption and the “shadow economy” are positively correlated. This occurs in part because corrupt institutions pose an added burden to entrepreneurs and small and medium enterprise (SME) owners, leading to distrust in public institutions. These added costs in a competitive market drive business owners to operate informally. To a lesser degree, SMEs may perceive the cost of taxes as being greater than the cost of bribery; which further incentivizes these businesses to operate informally.

Financial inclusion presents another challenge. The country has a highly concentrated banking sector where Mexico’s top seven banks control four fifths of all assets. An estimated 87% of rural municipalities do not have an ATM and banking regulations remain a barrier for many. As of 2017, only 37% of the Mexican population was banked.

To address these challenges, Mexico is increasingly looking to Fintech. In 2018, the country passed the  “Ley para Regular las Instituciones de Tecnología  Financiera” to regulate its growing Fintech sector. The law includes regulatory facilitation for innovation of the Fintech industry and coincided with the establishment of 140,000 Bitso crypto ATM’s with greater distribution in rural areas.

With increased competition and infrastructure within the Fintech industry, many Mexicans that were excluded from formal banking have access to financial services both dependently and independently of financial institutions. Adoption of Fintech has been rapid since, in addition to the above mentioned legislation and infrastructure that facilitates crypto transactions, 60% of the population owns a phone and 95% has 3G. With the installation of Bitso ATMs in many rural convenience stores, Mexicans have access to 164 crypto ATMs for every one that Americans have access to.

Likewise, legislation surrounding Fintech has defined transaction limits and capital requirements as well as “legally  recognized  digital  assets  as  a  means of payment and exchange.” Of all Latin American countries, Mexico is the first to regulate this specific industry, and nearly 500 Fintech firms have already started-up.

Further, the Mexican government has sought to harness technology to combat corruption, such as by organizing  Blockchain HACKMX, a hackathon of 40 teams designing technical solutions to public contract corruption. More than half of foreign bribery cases in Mexico occur in public contracts (57%), and with former Mexican president Peña Nieto’s alleged involvement in the Odebrecht scandal, government spending is more relevant than ever to modern corruption dialogues. Large infrastructure projects can harness new technologies for anti-corruption, according to the  OECD and World Economic Forum, in a number of ways. One particularly promising measure is smart contracts, a financial technology that is an immutable, decentralized, and self-executing digital transcript of a contract.

The OECD also recognizes Fintech as a tool to combat corruption and to serve in investigations. For example, by utilizing machine learning for big data analytics, the vast amounts of data required for anti-corruption investigations can be properly processed.

Sources also recognize blockchain as an anti-corruption pathway; “[it] has emerged as the most promising disruptive technology in the fight against corruption.” For example, it has been used to prevent tax misinvoicing and misallocation of development bank loans. As far as the former is concerned, blockchain in the tax claim reimbursement process helps to prevent tax misinvoicing by ensuring that each invoice can be traced back, information cannot be tampered with, and data cannot be lost. To cite another example, blockchain has been used by the Brazilian National Development Bank to monitor project spending and evaluation..

While Fintech poses a solution to corruption, the rapid expansion of this industry also can enable other financial crimes. While the Mexican Fintech Law contains anti-money laundering and know-your-customer standards, several aspects of the new law are less regulated compared to formal financial institutions. For instance, relaxed sanctions screening, corporate compliance, and implementation of systems can facilitate financial opacity, though they can also foster innovation and flexibility.

As far as financial inclusion and economic stimulation, a May 2021 report by Institute for Global Prosperity on global Fintech adoption noted several benefits, including “increase(d) investment and consumption, especially for education, health and nutrition”. In an international study, investment in education increased by 121% and in microbusinesses by 102% among Fintech users in relation to their non-Fintech counterparts.  Furthermore, according to an article in the European Journal of Finance, financial inclusion as a result of Fintech has reduced income inequality internationally “at all quantiles of the inequality distribution.”

In Mexico, despite the strides in Fintech, only 11% of SMEs have adopted this technology..  For a more holistic approach to Fintech, this technology should be promoted among local businesses. Moreover, RegTech must complement Fintech to address the AML/CTF risks. Lastly, the Mexican Fintech Law would be more impactful with promotion and coordination of the Fintech industry on a regional level.

Finally, while these new technologies can be very valuable in financial transparency and instilling citizen trust in public institutions, considering the country’s complex governance and security issues, Mexico needs to address corruption from multiple angles.

However, the industry is booming, and Mexican citizens are steadily adopting Fintech for a variety of reasons. Fintech could be a key component in overcoming Mexico’s challenges.

Madeline is a master’s student in Development Studies at Rhein Waal University of Applied Sciences in Cleve, Germany.