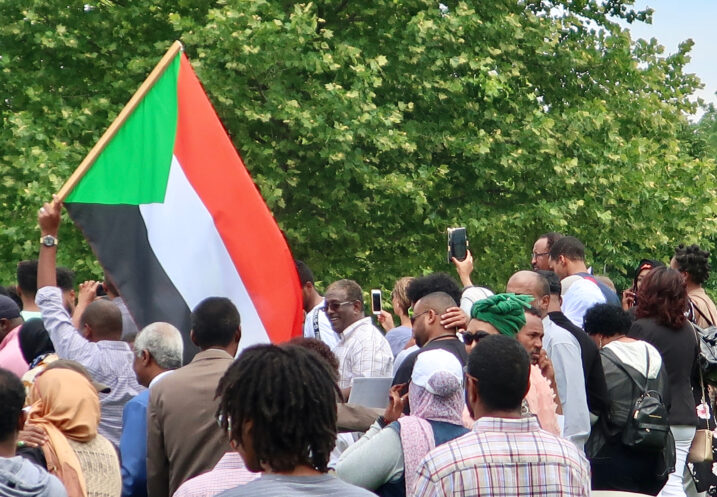 As part of its new report ‘Sudan and Trade Integrity,’ Global Financial Integrity (GFI) worked with a contractor to conduct surveys with Sudanese thought leaders in Sudan.

The surveys were conducted in March 2020 by phone with the responses transcribed and translated from Arabic to English. Twenty thought-leaders, whose names and employers have been anonymized, were asked 15 questions on the state of economic and democratic reform in Sudan and how best to combat corruption and crime. Their responses are interspersed throughout the larger report mentioned above and detailed at length in the report’s Annex. The respondents come from a wide variety of professional backgrounds including NGO activists, politicians, government officials, economists, bankers, university students and the private sector.

In reviewing the surveys, there is an overwhelming sense of hope that pervades the respondents’ answers. Months of protests from 2018-2019 ultimately led to the overthrow of President Omar al-Bashir after thirty years in power, kickstarting a provisional government and democratic transition. At the time, photos of protesters illuminated by cellphone lights and standing on top of cars captivated the world’s attention and buoyed support for the protest movement in Sudan. After Bashir’s government was toppled, an event the BBC called “arguably the most significant event in Africa in 2019,” a provisional government was set up in August 2019, led by Prime Minister Abdalla Hamdok in a power sharing agreement between the military, civilian representatives and protest groups. Prime Minister Hamdok is an economist who previously served as the Deputy Executive Secretary of the United Nations Economic Commission for Africa. As of June 2020, Sudan is ten months into a three-year process to transition from decades of regime rule to democratic governance, with plans for elections scheduled in 2022.

In the surveys, a majority of people are optimistic for the future of the country. Responses to questions on hopes for the economy, natural resource governance, tackling corruption and what the future holds for Sudan are detailed below.

On hope for the economy

The response of one recent university graduate is worth quoting at length: “I’m highly optimistic, but nonetheless realistic as I am aware that change doesn’t happen overnight, neither does development. However, I believe we have great leaders at the moment working at breakneck speed trying to devise effective solutions to the different challenges facing our economy. Our current leaders will also ensure the optimal allocation of resources which in turn will address most of the economic problems at stake. Nevertheless, they will lead the country to the best of their ability in the right direction.”

Another respondent, who works in the private sector, commented, “Yes, pending the removal of Sudan from SSTL and implementation of sound macroeconomic policy,” referring to the US State Department State Sponsors of Terrorism List (SSTL), of which Sudan has been listed on since August 1993 (for a further discussion of removing Sudan from the SSTL, see this piece by the Atlantic Council). Other respondents similarly remarked on the need to remove Sudan from the SSTL, which would then, “usher the return of Sudan into the fold of the international community.”

Concurrently, four individuals from diverse professional fields said frankly that they are pessimistic. Many cited the difficulties in securing the required development funds, the need to implement sweeping structural reforms and the need to diversify control of the economy to be among the major hurdles.

One respondent commented that they were pessimistic, due to “the size of the national economy that is controlled by the defense and security sector,” while another noted, “Without reforms, the current economic situation appears unsustainable. Loose fiscal and monetary policies are likely to fuel high and rising inflation. Moreover, delaying reform is likely to be costly: without corrective measures, macro imbalances are likely to increase over time.”

Many of the respondents said that Sudan’s natural resources of oil, gold and other minerals are an opportunity for the country to improve its economic gains. One person expressed that in order to stimulate the resource sector, the government needs to “fight smuggling and enhance governance and transparency systems to help manage Sudan’s resources based on the best practices.”

Another respondent remarked that “government companies need to be removed from the mining sector” and to “better regulate the sector to control the use of harmful materials.” While another added that, the government should “support sustainable development, increase investment and most importantly encourage innovative technologies” in order to stimulate the natural resource sector.

GFI’s research found there were significant gaps in the regulatory and legal frameworks covering crude oil and gold, which make up nearly half of Sudan’s total exports (47 percent). In a supporting blog piece, GFI President and CEO Tom Cardamone wrote that, “in both the oil and gold sectors, a lack of transparency in how concessions and contracts are awarded creates unfair competition and the possibility of corrupt practices.”

GFI research further identified large value gaps in Sudan’s international trade in oil and gold, with value gaps for both sectors estimated to equal US$4.1 billion (that is, the difference between what exporters and importers reported ex/importing), with the gap in the oil sector representing over 85 percent of the country’s reported exports.

When asked if corruption is a problem, all 20 respondents (100 percent) answered “yes.” When asked who in society has a role to play in combating corruption, 12 (60 percent) said all stakeholders including government, citizens and the private sector. Eight others (40 percent) noted that the responsibility for combatting corruption falls to the government. A few individuals indicated that a wide-sweeping cultural change, or even a “cultural revolution”, is needed to combat corruption, indicating the depths of perceived corruption in Sudanese society.

One respondent answered, “Yes, for the last three decades corruption is a key factor in Sudan’s economic downturn” and that “Sudan’s regime change has created a window of opportunity for essential reforms and improving governance could prove fundamental in addressing major macro imbalances and revamp broad-based growth. The officials of the transitional government have officially committed to engage in wide-ranging efforts to this end.”

Another explained that corruption “is an endemic problem! The government should lead the way in that fight and energize the rest of the institutions,” and another commented, “Corruption is Sudan’s number one problem. The government, civil society, religious leaders and the judiciary have to put in place tough punishment laws for offenders.” A third respondent voiced support for an anti-corruption approach with the government leading the charge, but supported by other stakeholders: “Yes, corruption is a problem. The government has a bigger role to play in combatting it, but the civil society and youth organization have a big role to play, too.”

Whichever approach the Sudanese adopt to combat corruption, it is clear that thought leaders are cognizant of the scale and impact of the problem.

On what’s next for Sudan

When asked if Sudan should take steps to maximize its stature and reputation globally, and if so, which steps should be taken, a majority of 16 respondents (80 percent) voiced support for this view, while four (20 percent) did not support it. However, two of those four (10 percent) did qualify their responses by saying that Sudan should seek to do so at some point in the future.

One of the respondents, an activist, answered that Sudan “should seek cooperation and assistance from the international community without getting involved in military or non-peaceful regional alliance.” Another agreed, and commented that Sudan should “open up its economy and engage with trading partners, near and far.” Another stated that “enhancing the rule of law” will be critical to reshaping Sudan’s reputation globally, while two others again identified the need for Sudan to be removed from the SSTL as being key to rehabilitating Sudan’s reputation globally. Others called for “strict adherence to the rule of law, good governance and accountability” in order to raise Sudan’s international stature.

Some respondents were less sure of this approach. One noted that Sudan should do so “only if that will encourage more investments to flow in”, while another added Sudan “should not waste precious time trying to persuade others to think highly of it and instead exhibit achievements to talk about instead of words.” Additionally, one respondent commented “At this stage, Sudan needs to focus inwards and energize its production base, run intensive awareness campaigns and mobilize the people.”

While GFI’s report is largely an examination of international trade data and the regulatory and legal frameworks that administer the crude oil and gold sectors, the surveys instill the report with the spirit, optimism and cautious hope of the revolution and the Sudanese people into its pages. GFI thanks all of those who took the time to share their thoughts with us for this project. For a full summary of the surveys, please see the Annex of the report, ‘Sudan and Trade Integrity.’