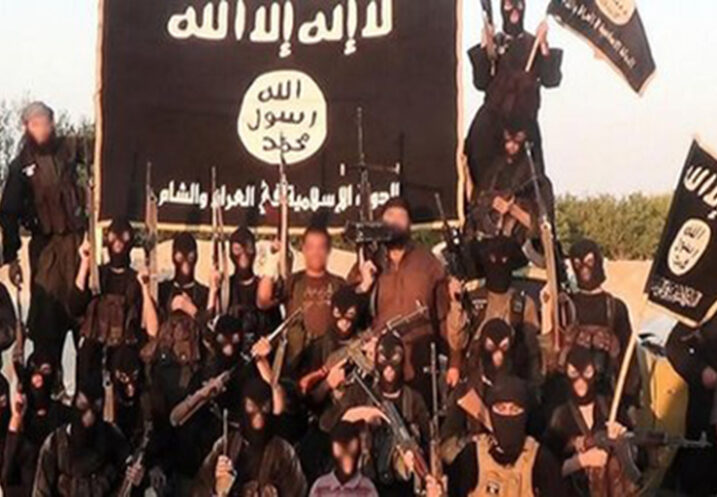 Terrorist organizations, driven by political-ideological motivations, require economic resources to finance their operations and expand their influence. These groups often resort to criminal activities, which undermine political stability and push legitimate companies out of business as well as increase their sphere of control. An analysis of the crime-terror nexuses that exist in Latin America and the Middle East, which slightly differ based upon regional resources and financial support networks, allows us to compare these organizations and better understand how their criminal enterprises operate. Because these groups engage in similar criminal activities and the countries hosting them face various governance challenges, there exist similar policy approaches that can be used to address and ultimately decrease their criminal economic activity.

Two of the most prominent terrorist organizations in Latin America include the now-disbanded Revolutionary Armed Forces of Colombia (Fuerzas Armadas Revolucionarias de Colombia or FARC) and the National Liberation Army (Ejército de Liberación Nacional or ELN). Now a legitimate political party represented in the Colombian government following the 2016 peace agreement, FARC originally emerged out of sectarian strife, a small Marxist-Leninist rebel group formed with the intention to be the voice for Colombia’s marginalized rural population, which would be accomplished by overthrowing the government and establishing a communist regime. FARC, like some other right-wing paramilitary groups, financed their operations through passive and active involvement in activities including narcotrafficking, kidnapping for ransom, extortion and illegal gold mining, which they used to, among other things, provide social services to local communities and pay for combat operations. In FARC-controlled areas, they taxed marijuana and coca plant growers as well as cocaine laboratories.

The ELN, a Marxist organization, officially aims to combat poverty and corruption as well as establish a socialist political-economic system within Colombia. However, over time, ELN’s ideological struggles have taken a backseat to criminal activities to sustain their operational capacities. The ELN’s original financial support came from donations from the Soviet Union and Cuba, but they soon shifted to extortion and taxation, including of the drug trade, as well as kidnapping for ransom and illegal gold mining. When oil was discovered in territories under its control, the ELN widened their rent extraction, extortion and kidnapping to include oil companies and their employees. Although ELN’s mission is focused in Colombia, the group operates in Venezuela as well, taking advantage of political instability to bolster their criminal activities and operational capacity.

Whereas Latin American terrorist organizations often focus on socialist/communist political agendas, Middle Eastern terrorist organizations, such as ISIS and Hezbollah, generally have strong religious underpinnings guiding their political aims. They have similar financing mechanisms, although Middle Eastern groups often receive more funding via private donations and state sponsors. ISIS’ principal goal is to form a caliphate where they can implement Sharia law, and they had a lengthy period of success in the 2010s during which they controlled large swaths of territory in Iraq and Syria. ISIS used a variety of methods – extortion, kidnapping for ransom, foreign donors, human trafficking, antiquities theft and smuggling, illicit taxation of goods and services, and control of oil fields and refineries – to pay for infrastructure, combatants’ salaries, and the provision of social welfare and services to its “citizens.” According to a U.S. Treasury report, ISIS generated approximately US$1 billion in revenue in 2015, half stemming from illicit oil proceeds.

While Hezbollah also seeks to create an Islamic republic (albeit within Lebanon), important tenets in their ideology also include the opposition of Western imperialism and the existence of Israel. Hezbollah receives passive income in the form of hundreds of millions of dollars each year from the Iranian government, and they generate significant proceeds from direct participation in criminal activities such as drug and arms trafficking as well as contraband smuggling. The proceeds from such crimes are frequently laundered via trade-based money laundering schemes that operate across continents ranging from Latin America to Africa to North America.

Violent non-state actors (VNSAs) thrive in areas of weak governance, high marginalization, socioeconomic inequality, ineffective legislation and deficient enforcement capacity. Ideologically-based terrorist groups in both Latin America and the Middle East rely on similar illicit activities to generate revenue despite having different political goals. This demonstrates that it is beneficial for VNSAs to maintain the status quo of weak governance in order to take advantage of lax enforcement and ineffective judicial systems to promote their political agendas while simultaneously generating significant proceeds. Once they achieve sustainable and sufficient earnings, they can focus on their core strategy to destabilize the state and build social influence. These organizations have several streams of income, making them operationally adaptable, and therefore it is difficult to prevent them from engaging in new criminal activities.

Although some terrorist groups are only focused on achieving change in their respective nations, their criminal activity and its impacts span the globe, forcing all nations to devote effort and resources to increase political stability and improve legislation as well as enforcement capacity worldwide. Policies addressing the crime-terror nexus must tackle criminal activity directly, as well as the underlying socioeconomic issues permitting these groups to develop. Sustained foreign aid as well as capacity building are required to develop the ability of nations in which terrorist groups operate to provide satisfactory and sufficient services to their citizens. If a country can ease economic distress, reduce corruption, provide humanitarian assistance and bolster local governance, then the threat of radicalization and recruitment will decrease dramatically and terrorist organizations will have less influence within the country in which they operate.

Policies must be implemented to devalue the illicit industries that VNSAs are engaged in, therefore making it more difficult to profit. Law enforcement agencies should prioritize suppressing revenue streams that give VNSAs legitimacy (e.g. taxation), forcing them to resort only to activities which will cause them to lose support within their own organization and from potential supporters (e.g. extortion, kidnapping for ransom). Through improved intelligence sharing with foreign counterparts; the creation of intelligence and law enforcement multinational task forces; improved anti-money laundering and narcotrafficking legislation; effective asset forfeiture/seizure; and dissolution of leadership structures, the crime-terror nexus of ideological VNSAs can be severely undermined.

Brett Bolog is a Summer 2021 Policy Intern with Global Financial Integrity and is currently pursuing a BA in Public Policy at the University of Michigan with a concentration in Foreign Policy, National Security, and Geopolitical Strategy.