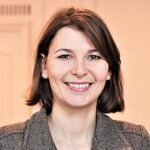 SUMMARY
Since the collapse of the Soviet Union, Russia’s kleptocratic regime, backed by the KGB and other secret agencies, has cultivated an untouchable caste of rich and powerful oligarchs in Ukraine.

To be sure, many Ukrainians are fighting corruption, including the Anticorruption Action Centre, the NGO that I lead. But they cannot do it alone, because Ukraine’s corruption has roots that extend well beyond the country’s borders. Global offshore secrecy networks hide the ill-gotten fortunes of the powerful oligarchs who are intent on keeping Ukraine corrupt.

Since the collapse of the Soviet Union, Russia’s kleptocratic regime, backed by the KGB and other secret agencies, has cultivated an untouchable caste of rich and powerful oligarchs in Ukraine. These oligarchs have been robbing ordinary taxpayers of billions of dollars and hiding their fortunes abroad by means of a complex chain of offshore companies. In exchange for this easy money and power, the oligarchs repay the Kremlin with loyalty by suppressing the rule of law and governance reform in Ukraine. For more than two decades, Ukraine’s oligarchs have been reinvesting capital laundered through offshore entities into the national political projects, television channels, and private armies that ultimately decide who wins elections and governs the country. Whenever honest politicians or fresh pro-reform political parties emerge, the oligarchs immediately set their well-funded machines to work smashing them through disinformation campaigns and partisan prosecutions.

I have spent the past eight years advocating for anticorruption reforms in Ukraine. Aided by pressure campaigns from civil society and international partners, we have managed to set up complex asset-disclosure mechanisms for public officials, as well as an independent National Anticorruption Bureau, which brings criminal charges against Ukrainian kleptocrats. But the more successful these anticorruption reforms are, and the bigger the threat they pose to oligarchs’ fortunes and freedom, the more we come under attack by fraudsters from outside Ukraine. Using funds laundered through their offshore vehicles, oligarchs are busy investing in Western lobbyists, slick PR consultants, and high-priced lawyers who are all too eager to set their sights on small Ukrainian NGOs in exchange for billable hours.

The implication of this process—of Ukrainian oligarchs using offshore secrecy to build up their massive stolen fortunes, which they then dole out to their Western partners to defend them—is that it is impossible to build a rule of law state in Ukraine simply by focusing on change inside the country. We also need to dismantle, to “de-create,” the offshore network that empowers Ukraine’s corruption.

This thought gives me reasons to feel both frightened and optimistic.

I feel frightened, because democratic institutions worldwide are currently under assault by strategic corruption. What can a small person like me, with very limited resources and from a developing country like Ukraine, do to stop such a juggernaut? Oligarchs empowered by kleptocratic regimes like Russia are corrupting the Western world invisibly, slowly, much as harmful radiation reaches deep into a healthy body to corrupt its DNA.

But I also feel optimistic, because I know that I am not alone, and that Ukraine is not alone. Millions of people across the globe are standing up against oligarchic thieves and the offshore entrepreneurs who enable them. There are thousands of journalists and watchdog activists and hundreds of law enforcement officials of high moral probity who are seeking to expose how offshore secrecy enables corruption. What we also need more of—and what groups like the Offshore Initiative hope to do—is to help more ordinary citizens, to help more voters, understand how the global system of offshore secrecy poses a direct threat to them.