The United States of Anonymity 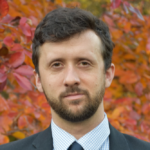 SUMMARY
If you’re looking for offshoring services, there really is no better place than the U.S. Welcome, one and all, to the United States of Anonymity.

Originally published by the Offshore Initiative on October 1, 2020.

At this point, it should come as no surprise that the U.S. is arguably the largest offshore and financial secrecy haven in the world. Look at any of the traditional tools associated with modern offshoring and kleptocracy, and it’s as clear as day why the U.S. leads the pack.

Take anonymous shell companies, for instance. Company formation is handled at the state rather than federal level. As a result, there has been a “race to the bottom,” as states have offered more and more secrecy perks to entice corporations. It’s now not only easier to obtain an American shell company than it is to get a library card; it can be done perfectly anonymously—whether you’re a gun-runner, a post-Soviet oligarch, a human trafficker, or leader of an international drug cartel.

Or look at anonymous real estate purchases, another favorite tool of those looking to expand their offshoring systems. The PATRIOT Act, passed nearly two decades ago, originally instituted anti-money laundering (AML) regulations and oversight in the American real estate sector. However, exemptions issued in 2002 meant that the American real estate industry could essentially ignore any requirements it wished. (The Treasury Department said it needed the exemptions in order to “study” the issue, which it’s now been doing for almost twenty years.) As such, anyone can purchase American real estate—beachfront condos in California, mega-mansions in Texas, commercial buildings in Ohio, luxury apartments in Florida—all perfectly anonymously.

Nor were those exemptions limited to real estate. Other exempted sectors include hedge funds and private equity, both of which have dramatically expanded over the past decade. Hedge fund and private equity lobbyists claim their industries are immune to the scourge of offshoring because their funds are locked into investments for years on end, but this is to completely misunderstand what offshoring is all about. Thanks to the anonymity provided by the hedge fund and private equity industries—which the FBI has specifically cited as major risks for offshoring in the U.S.—crooks and kleptocrats can stash their money in these funds for years on end, and investigators are powerless to track it.

The list runs on and on. Want to hide your ill-gotten gains in art, antiquities, and memorabilia? American auction houses have never been required to identify their buyers or share that information with anyone else. Want to transform your offshored lucre into luxury jets and high-end automobiles? Just use an escrow account, which is also exempted from PATRIOT Act provisions. Want to use American banks to offshore your money? Just hire an American lawyer—subject to no anti-money laundering restrictions whatsoever—in order to use attorney-client bank accounts. And don’t worry: The U.S. isn’t a participant in the Common Reporting Standards (CRS) programs, which means that the IRS and American banks don’t have to share information about foreign clients with their home governments anyway.

If you’re looking for offshoring services, there really is no better place than the U.S. Welcome, one and all, to the United States of Anonymity.