Offshore Finance Hurts Us—All of Us 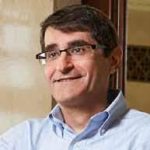 SUMMARY
The costs of offshore finance are borne by the developed and developing world alike.

Originally published by the Offshore Initiative on October 22, 2020.

The economic harms of offshore finance are far-reaching, often involve illicit actors, and have burdened the world for decades.

Consider Teodoro Obiang, who has ruled Equatorial Guinea (EG) since 1979, placing him among the longest serving national leaders in the world. Obiang has also looted his country’s coffers, including hundreds of millions of dollars from the country’s lucrative oil industry, over the course of his rule. Yet though these large oil reserves give EG the third-highest GDP per capita in all of Africa, his theft has left the government unable to pay for basic services like health care and education. As a result, EG ranks among the lowest for per capita income on the continent.

Or consider Isabel dos Santos, the richest woman in Africa. She is the daughter of former Angolan President José Eduardo dos Santos, who, like Obiang, plundered his country’s mining industry. Thanks to her father’s corruption, Isabel dos Santos is worth billions, while 94 percent of Angola’s rural population lives in poverty, without access to basic services.

In too many countries, stealing the money is the easy part. Government budgets are seldom transparent, making it next to impossible to account for revenues and expenses. Kickbacks and other bribes are strictly off the books and out of public view.

The hard part for kleptocrats like Obiang, dos Santos, and others is where to hide the money. Up to a point, you can bury it in the back yard, of course; Latin American drug cartels used this method for years. But to hide amounts in the millions of dollars requires a more sophisticated investment strategy. A sudden in-country deposit of several million dollars would draw scrutiny.

Anonymous shell companies created by lawyers, accountants, and other corporate formation agents provide the necessary secrecy for the criminal and the corrupt to steal and hide funds with impunity. Stolen funds, laundered through a series offshore corporate structures with secret ownership, come out “clean” and ready to use for luxury items and a lavish lifestyle.

This secrecy, however, comes at a cost that can’t be hidden. Experts estimate that less-developed economies lose three times as much money to offshore havens as they receive in aid. A once-promising Nicaraguan economy has fallen into disarray as the President and his partners have siphoned millions of dollars from the treasury into offshore bank accounts, stalling major infrastructure projects and chasing away foreign investment. The top general in Venezuela watched his country’s economy crumble and poverty soar as he stole public funds and, through family members, evaded sanctions by means of investments in offshore accounts. Perhaps the most brazen recent example is that of the Malaysian President, who moved $4.5 billion from a state development fund into offshore accounts he controlled with the assistance of Goldman Sachs. That amount is almost twenty times larger than the total amount Malaysia receives in foreign aid in any given year. The lost investment may impact more than seven million rural Malaysians.

When a scandal breaks—the Panama Papers or, more recently, the FinCEN Files—we often think of it as just another story about the wealthy beating the system—unfair perhaps, but not truly harmful to ordinary people. The hidden money seems so divorced from our everyday lives that it’s hard to do more than shake our heads and add it to the list of things these days that make us cynical.

But there is a cost—and it’s one that burdens Americans and citizens of developing nations alike. When U.S. companies move to offshore havens to avoid paying taxes, Americans suffer because of that lost revenue. And in trying economic times like these, the costs are even greater. Even as they avoided paying U.S. taxes, offshore entities lobbied hard to ensure they would still eligible for government bailouts amid the COVID-19 crisis. (A company’s offshore residence and the profits shifted abroad are not factors in determining eligibility for recovery funds.) Every dollar an offshore claims means one less dollar for small businesses that truly need the funds to stay afloat. An August survey found that one in four small businesses believes it will not survive to the end of the year without additional funds. As offshore investors take bailouts and avoid taxes, small businesses close, jobs disappear, and the recovery needs to account for additional victims.

The media can play a part in exposing the hidden costs of the offshore world. When stories of stolen funds or hidden wealth in offshore accounts surface, journalists should focus less on the clever structuring of the transactions and more on the human element. We should be hearing more about the impact of offshore money used to purchase real estate in Miami or New York—how it drives up prices and chases moderate-income families from their neighborhoods. Or how buildings bought by offshore companies as a place to park illicit funds, but not to live or work, kill the downtown foot traffic that city storeowners depend on. Affordable housing and local entrepreneurship are but two of the many casualties of offshore finance. To be sure, offshore does the greatest harm to developing countries, but all countries pay a price. And all countries have a role in shutting it down.

The U.S. Congress is currently considering a bill, the Corporate Transparency Act, that would unmask anonymous companies. This is a critical first step. Only through measures like these, coupled with international agreements and cooperation, can we end the abuses of offshore finance. Inclusive Global economic growth and development depend on it.

Gary Kalman is the Director of the U.S. Office of Transparency International.