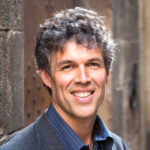 SUMMARY
Whistleblowers are vital to revealing and combatting illegal offshoring activity, and to identifying the networks of “respectable” white collar enablers who make these crimes possible.

Whistleblowers are vital to revealing and combatting illegal offshoring activity, and to identifying the networks of “respectable” white collar enablers who make these crimes possible. What Martin Woods, who blew the whistle on Wachovia Bank’s extensive laundering of Sinaloa drug cartel money, said about bankers who help cleanse drug funds is also true of the entire class of offshore enablers: “Banks that launder money are parasitic organized crime groups. . . . People who forget the criminal nature of money laundering need to remember that the banker’s finger is right there next to the killer’s, on the trigger of the gun.”

The inherent secrecy, complexity, and international nature of offshoring ensures that, in most cases, only insiders with direct knowledge of the wrongdoing are in a position to disclose the identities of these typically unseen triggermen. Whether acting in their own names or anonymously, whistleblowers have unmasked every major offshore scandal of the past decade. Without bold and determined whistleblowing by figures like Rudolf Elmer at the Swiss bank Julius Baer, Bradley Birkenfeld at USB, and the unnamed insiders who released the so-called Panama Papers and Paradise Papers data to the Süddeutsche Zeitung and the International Consortium of Investigative Journalists (ICIJ), we would probably never have learned of many massive fraud schemes.

Despite vicious legal retaliation and threats of far worse, offshore whistleblowers have helped to reveal the vast reservoirs of illicit cash built by wholesale tax evasion. Indeed, as detailed elsewhere on this website, the global offshore total of hidden wealth may well be $50 trillion or more. Whistleblowers offer revealing looks at how such offshore wealth facilitates state kleptocracy, the laundering of criminal proceeds, terrorists, warlords, and trafficking in illegal drugs, weapons, and human beings.

Whistleblowers also draw attention to the wide array of players who exploit offshore havens, including ones who pose direct dangers to ordinary citizens: We see drug and arms traffickers rubbing elbows with politicians and heads of state. We see mafia lords, Fortune 100 corporations, billionaires, and celebrities all pooling their resources for mutual gain.

More broadly, whistleblowers help us all to understand how wholesale, normalized tax evasion is contributing to the malignant growth of inequality in our societies, the decay of infrastructure, healthcare, and education, and the weakening of democratic ideals.

We as a society are not powerless in the face of these malignant forces. There are several things we can do to encourage more whistleblowers to come forward and shed light on these offshoring abuses. First, we must advocate for stronger laws to protect and incentivize whistleblowing—by creating new mechanisms to protect their identities, and by ensuring that their revelations are heard not just by lawmakers and prosecutors but by the general public as well. Second, we must strengthen laws that protect media and other institutions and individuals who disseminate whistleblower revelations about offshoring. Finally, we must encourage the enforcement of existing laws against the various practices implicit in offshoring and urge lawmakers to pass harder-hitting legislation against these practices.

Perhaps the most important action we can take as a society, however, is to call out the countless enablers of illegal offshoring activity: those top executives in their immaculate, pressed white collars who, as Martin Woods said, have their fingers on the trigger, right next to the killer’s. Whistleblowers have spotlighted the central role of bankers, lawyers, real estate brokers, investment advisers, and other executive shills in keeping the illegal cash flowing smoothly and continuously. The enablers of offshoring deserve worldwide opprobrium—and stiff new legal sanctions to match the crimes they help commit.