WASHINGTON, DC – Global Financial Integrity (GFI) Legal Counsel and Director of Government Affairs Heather Lowe testified Thursday at a U.S. Department of Labor hearing where she cautioned policymakers against granting Credit Suisse AG (Credit Suisse) a special exemption from U.S. regulations barring it and its affiliates from receiving preferential asset manager treatment after the bank was criminally convicted of willfully aiding in U.S. tax evasion on an industrial scale over many years.

U.S. Department of Labor (DoL) regulations bar entities from enjoying the preferential status of “qualified professional asset manager” (QPAM) when they or any of their affiliates are convicted of engaging or aiding in tax evasion, among a number of other crimes.  Such a disqualification would safeguard the retirement funds of workers by barring Credit Suisse—a banking group that has engaged in a multitude of illegal activities over decades—from engaging in higher-risk transactions with the pension fund capital that they manage. 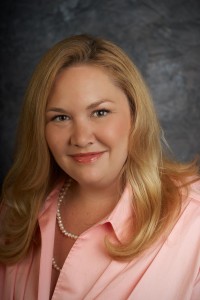 “Credit Suisse AG is a criminal institution that has for decades repeatedly violated numerous laws intended to safeguard the financial system,” commented Ms. Lowe.  “Granting them a special waiver to allow them to gamble with American workers’ retirement savings would be ludicrous—not just because it jeopardizes the security of these workers’ hard-earned savings, but because it would only serve to reward Credit Suisse for their ongoing, wanton disregard of the rule of law.  I certainly expect that the Department of Labor will not be willing to take that gamble.”

Lowe added that, were the DoL to grant a waiver to Credit Suisse in this case, the Department would be putting a lot of trust in an institution that repeatedly fails to live up to its commitments.  In her testimony, she noted:

“…in direct contradiction to assertions that Credit Suisse Executives will make today, Credit Suisse does not have a history of compliance.  Whether or not their compliance program appears robust, as they will assert today, their history tells you that it is not.  Credit Suisse AG’s criminal conviction is not an isolated incident, as they will argue, but it is simply one more indication of a systemic, group-wide problem with how they manage fiduciary responsibility, investor transparency, and regulatory compliance.”

Global Financial Integrity (GFI) is a Washington, DC-based research and advocacy organization, which promotes transparency in the international financial system as a means to global development.