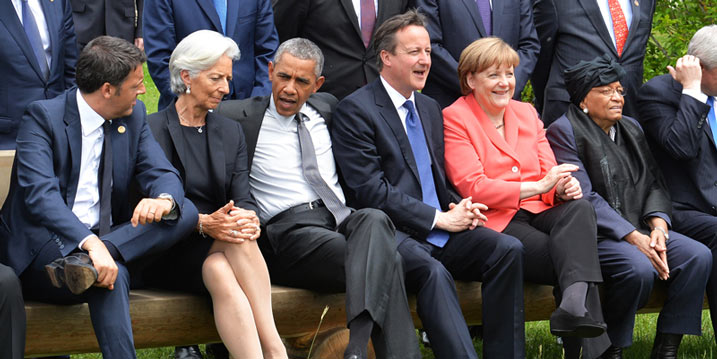 The outlook was promising. In the outrage over the unfolding FIFA corruption scandal, UK Prime Minister David Cameron vowed Saturday to put corruption on the agenda of this week’s G7 Summit in Germany.

Writing in The Huffington Post, the Prime Minister declared:

“Corruption is the cancer at the heart of so many of the problems we face around the world today… Our efforts to address global poverty are too often undermined by corrupt governments preventing people getting the revenues and benefits of growth that are rightfully theirs.”

“World leaders simply cannot dodge this issue any longer. We have to show some of the same courage that exposed Fifa and break the taboo on talking about corruption. I will start tomorrow at the G7 in Germany…”

Despite this passionate plea, world leaders failed to advance efforts to curtail illicit financial flows (IFFs) at the conclusion of their meetings.

While yesterday’s G7 Communiqué does mention illicit financial flows briefly (See pg. 3)—reiterating previous, key commitments to the automatic exchange of financial information and the importance of beneficial ownership transparency—the leaders made no mention of illicit financial flows in the context of the Post-2015 Development Agenda, which is set to be hashed out at next month’s Financing for Development (FfD) Conference in Addis Ababa, Ethiopia.

Likewise, the topic of trade misinvoicing—the method for channeling nearly 80 percent of all measurable illicit outflows from developing countries—is not mentioned anywhere in the document, despite lengthy discussions around the matter of trade.

This inaction by G7 leaders is particularly stark given a new study published last week by Global Financial Integrity (GFI), which shows the outsized-impact that illicit outflows have on the poorest countries in the world.

While GFI’s longstanding research estimates that illicit financial flows drain roughly US$1 trillion from developing and emerging economies each year, the new GFI analysis reviewed illicit outflows from 82 of the poorest countries in the world and compared them to various development indices. The study found, for example, that:

Some notable, country-specific examples include:

Illicit financial flows are the most damaging economic problem afflicting the developing world. With the important FfD conference just over a month away, G7 leaders missed a once-in-a-generation opportunity to take a truly strong position on illicit flows when it really matters.

While the G7 fumbled, diplomats—hashing out the details of next month’s summit in Addis Ababa—need not follow their lead.

Trade misinvoicing—the fraudulent over- and under-invoicing of trade transactions—accounts for roughly 80 percent of all measurable illicit outflows from the developing world.

As such, GFI looks forward to a robust FfD agreement that:

The Financing for Development Conference—combined with the Sustainable Development Goals, set to be adopted in September—present a tremendous opportunity to transform the international development agenda for the next 15 years. By targeting trade misinvoicing, world leaders can meaningfully address the largest component of the largest challenge to global development.