HomePressFrom Foreign Aid to Legitimate Trade: How to Finance Development

From Foreign Aid to Legitimate Trade: How to Finance Development 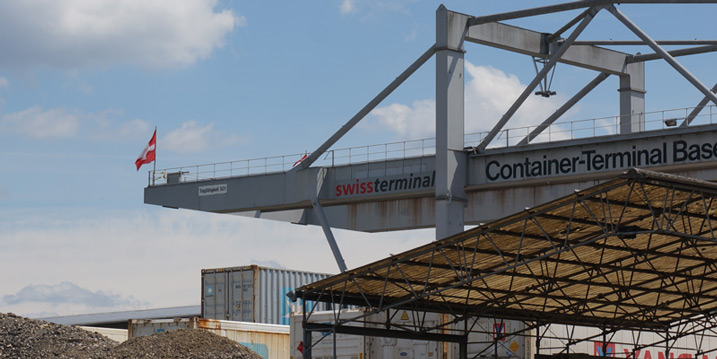 The Most Important Step that Can Be Taken Toward Equitable, Sustainable Development in the Years Ahead Is Legitimate Trade

Plastic buckets from the Czech Republic at $970 each? Brown sugar from Turkey going for $240 per pound? Or weed whackers shipped to Venezuela at $12,300 apiece?

These are all examples of the troubling and growing phenomenon known as trade misinvoicing — the fraudulent over- and under-invoicing of international trade transactions to secretly move money, covering the proceeds of crime, corruption, and tax evasion.

Accounting for three-quarters of all measurable illicit financial outflows from developing and emerging economies, trade misinvoicing drained a staggering $730 billion in dirty money from poor countries in 2012, according to our estimates at Global Financial Integrity (GFI), based on economic and trade data filed by nearly all governments with the International Monetary Fund.

Despite the immense impact it has on the global economy, most people have probably never heard of trade misinvoicing.

Hopefully, that is about to change.

This is the most important year for international economic development since the 1960s. More than a half century ago, foreign aid shifted from rebuilding Europe after the Second World War to helping developing countries alleviate poverty and achieve growth. Official development assistance (ODA) and foreign direct investment (FDI) were, and still are, seen as the instruments to achieve these goals.

Yet the impact of these efforts has fallen far short of expectations. Why? Perhaps because illicit financial outflows from developing economies exceed the combined sum of ODA and FDI going into the developing world.

Our research indicates that the global outflow of illicit capital from developing economies is conservatively estimated at a trillion dollars a year. This figure does not include  criminal activities that shift large sums of cash across borders, and other forms of commercial subterfuge that do not show up in official government statistics.

Perhaps more startlingly, these illegal outflows are growing at a rate of more than 9 percent per year, significantly outpacing global GDP growth. Cross-border illicit financial flows come from three sources: corruption, the smallest; criminal, of uncertain magnitude; and commercial, by far the largest.

While there are three sources of cross-border illicit money, there is one main mechanism for facilitating them – trade misinvoicing. Exports out of developing countries are often under-invoiced so that income accrues abroad, and imports into developing countries are often over-invoiced; again, so that the excess payment accumulates in foreign accounts. The same mechanism is used whether the trading relationship is between subsidiaries of the same corporation or between unrelated, but cooperating buyers and sellers.

An extractive company operating in Africa offers an example.

It buys equipment and material from its own associated procurement companies in Europe, paying excessively high prices in order to move money abroad. And it sells its production to its own associated marketing companies in Europe, receiving far less in Africa than world market prices, again moving money abroad. With these mechanisms so easily utilised, foreign and even domestic companies can operate for years in the developing world without showing profits and paying taxes, yet accumulating huge funds in foreign coffers.

In wealthy economies, citizens and policymakers often become exercised when Google, Starbucks or Apple shift money between countries, evading or avoiding taxes. But when they and other companies do the same thing to siphon money out of the developing world, little concern is raised.

Principally through this mechanism, Africa has become a net contributor of funds to richer countries. And it appears likely that emerging market and developing countries as a whole are net transferors to the richer world, supporting the richer world, rather than the other way around. This has become the modern version of colonialism.

Corporations, governments, policymakers and economists all have for decades pushed the benefits of free trade. And they are correct; trade has been an engine of growth. But what has not been adequately emphasised is that to be really beneficial, this must be legitimate trade that respects the laws and regulations of partner countries.

This week, government representatives from around the world are gathered in Addis Ababa at the United Nations’ Financing for Development Conference. Illicit financial flows are incorporated in the working documents. In September, the United Nations will consider Sustainable Development Goals, setting development targets for the next 15 years. Again, illicit financial flows are on the agenda. Yet, in both cases, negotiators are far apart in their views on addressing this most damaging economic condition hurting the global poor.

The most important step that can be taken toward equitable, sustainable development in the years ahead, more important than ODA and FDI combined, is legitimate trade. We can in 15 years, with legitimate trade, reach and even surpass our new targets for the well-being of billions of people across the globe.

Raymond Baker, president of Global Financial Integrity in Washington, D.C., a non-profit research and advisory group, He also is a member of the High Level Panel on Illicit Financial Flows from Africa led by Thabo Mbeki, former President of South Africa.