Illicit Financial Flows a Drain on Development in Sub-Saharan Africa 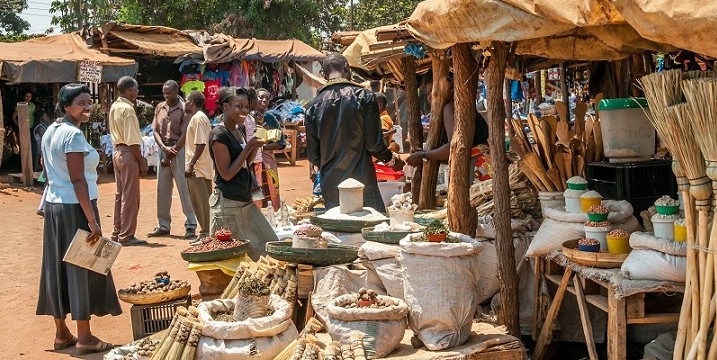 As a Percent of GDP, Sub-Saharan Africa Suffers the Largest Illicit Outflows of Any Region in the World

Global Financial Integrity’s (GFI) latest annual report on illicit financial flows–released just last month–estimates the volume of illicit financial outflows from the developing world from 2003 to 2012. It is the first report to estimate these flows for 2012, when they reached a record US$991.2 billion.

Already, this US$991.2 billion figure is being cited quite a bit; it is the main figure cited in many of the articles of we’ve seen on the report in the media. Take, for example, this story in The Guardian, this article from Reuters, or this piece in The Wall Street Journal. It’s the big, flashy, almost-trillion dollar number.

However, I’d like to draw your attention to a different figure, one that emphasizes even more clearly the implications of illicit financial flows on development: 5.5.

In the ten years of the study, average annual illicit outflows from Sub-Saharan Africa averaged 5.5% of the region’s GDP, a ratio greater than that of any other region in the world. For a region that dominates the attention of the development community, it is shocking that such a relatively large amount of capital has been allowed to leave these countries. This capital could have been used domestically for private sector-led development and increases in productive capacity, job creation, and public budgets; instead, the equivalent of 5.53% of GDP has been illegally shifted abroad.

This number should be a call to action.

For a region with a combined US$9.6 trillion in GDP over those ten years, US$528.9 billion was spirited out through trade misinvoicing and leakages in the balance of payments. That is greater than either official development aid, US$348.2 billion, or net inward foreign direct investment, US$284 billion, received by Sub-Saharan Africa during the period of the study.

(in billions of U.S. dollars, nominal, or in percent)

Curbing these illicit flows is a hidden resource for development. In the case of Sub-Saharan Africa, the impact of cutting illicit outflows would be substantial. As such, GFI has proposed a Sustainable Development Goal that calls for countries to:

Even just this, cutting one component of illicit financial flows (albeit the largest component) in half, would provide a significant boost to Sub-Saharan African economies. A back-of-the-envelope calculation reveals that had illicit outflows due to trade misinvoicing been at half of their actual level from 2003-2012, total illicit outflows from Sub-Saharan Africa would have averaged just 3.64% of GDP, less than the developing world average of 3.87%.

It is time to start making progress towards a world where illicit financial flows are no longer a reality; the case of Sub-Saharan Africa demonstrates that this Sustainable Development Goal could be a concrete step in that direction.