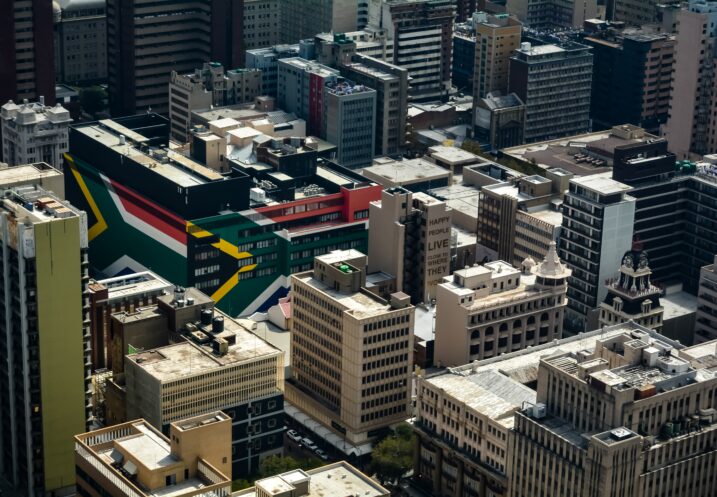 In November 2018, Global Financial Integrity published an analysis of South Africa’s potential revenue losses associated with trade misinvoicing, finding losses of approximately US$37 billion in revenue, or on average $7.4 billion between 2010-2014. Trade misinvoicing occurs when companies or individuals falsify the prices of goods on import or export invoices in order to avoid import taxes or qualify for subsidies, respectively. Trade misinvoicing is also a common method of illicitly shifting money in or out of countries and constitutes a major form of illicit financial flows (IFFs), resulting in a massive loss of tax revenues for developing countries. 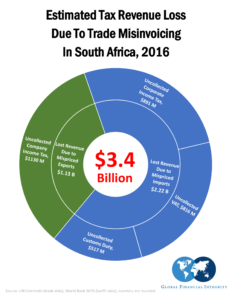 Individuals and companies engage in trade misinvoicing in order to avoid customs duty and value-added taxes (VATs), to claim government subsidies, or as a way to launder or send illicit money overseas.

Using our “value gap” analysis, we examined the differences between what South Africa and its trading partners both reported as having imported/exported to each other within a given year, allowing us to identify four major types of trade misinvoicing, as described in the table below:

This method of illicitly shifting money in and out of countries decreases government revenue, leading to a direct drop in public investment and undermines government efforts to increase spending on developmental goals.

Such a drastic loss in revenue directly translates into real social costs, as tax evasion on this level exacerbates inequalities, contributes to poverty and insecurity and undermines national efforts to promote sustainable economic growth. The estimated $37 billion in lost tax revenue likely reduced South African development spending between 2010 and 2014. 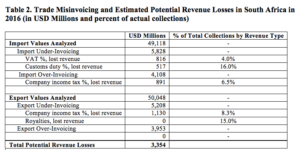 Such extreme losses of tax revenue have a negative impact on South African financing for the SDGs. According to South Africa’s National Development Plan (which is closely aligned with the international SDGs), the country aims to eliminate poverty and inequality by 2030. The 2019 South African Voluntary National Review, used to track current SDG progress, noted that while considerable progress has been achieved on goals related to gender equality, climate control and urban development, South Africa is still not making enough progress on other indicators, particularly efforts to reduce inequality (SDG 10), discrimination and violence against women (SDG 5) and efforts to reduce carbon emissions (SDG 7 and SDG 13). Our analysis suggests South Africa could have realized greater degrees of progress on the SDGs, had it not lost $3.4 billion to trade misinvoicing in 2016.

If South Africa had spent an additional $3.4 billion on development in the same proportions as above, it would have resulted in an extra $1.5 billion in spending for education (SDG4), $50 million for the environment (SDGs 7, 13, 14 and 15), $904 million for health (SDG 3) and $887 million for social protection (SDGs 1, 5, 8 and 11). This additional spending could have enabled greater progress towards achieving goals in equality, reducing violence against women and decreasing carbon emissions.

Of course, South Africa might well have spent the lost $3.4 billion on other items in its national budget, but this exercise serves to illustrate the point that unchecked trade misinvoicing can result in significant social costs and undermine ongoing efforts to achieve national development goals.

Ben Iorio is a student in Economics at the University of Michigan and a GFI 2019 Summer Intern.