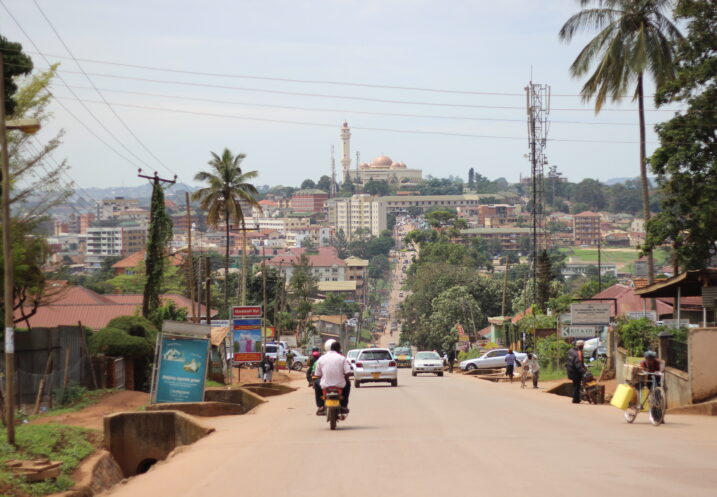 With a new head of prosecutions, Uganda has the chance to crack down on organized criminal networks that have made Uganda a safe haven for illicit activity. On April 24, 2020, Ugandan President Museveni appointed Hon. Justice Jane Frances Abodo as the new Director of Public Prosecutions (DPP). Justice Abodo makes history as the first female DPP, replacing the Hon. Justice Mike Chibita. She is already well-known for leading the prosecution in the multi-million dollar pensions scam, where she investigated senior government officials and secured their arraignment and that of at least two bank employees for their role in facilitating the scam.

In media interviews soon after her appointment as the DPP, Justice Abodo has stated that she will be guided by law and evidence in discharging her mandate. Her appointment has generated renewed excitement for a marked change in the dispensation of justice within Uganda. As Justice Abodo and her office are setting their priorities, they should focus particular attention on decriminalizing political dissent, retooling to ramp up prosecution of serious crime, preventing Uganda from becoming an origin or destination for illicit financial flows and establishing jurisprudence for the prosecution of financial and economic crimes.

For decades, Uganda has fared poorly on its human rights records. Politicians, numerous activists, journalists, civil society actors and ordinary citizens have been imprisoned, lost their lives or were maimed permanently for holding contrarian views and for having the courage to openly dissent.

The Ugandan police force has a well-known track record for holding in detention people engaged in open dissent. This criminalization of political dissent is misplaced and allows a culture of impunity to thrive, as institutions are built by the individual actions of the people that run them. The office of the DPP must therefore build itself into a bastion of refuge for those who have been unjustly accused and arrested. The discretion to prosecute these cases that unnecessarily clog the judicial system must be exercised judiciously. Uganda must wake up to the reality that stifling political dissent by using the double-edged sword of criminal justice only allows the powerful to continue manipulating the country’s institutions. The DPP can put an end to this by stopping such unnecessary political prosecutions. Most recently in March 2020, the judiciary has itself declared as unconstitutional a law that allowed police to stop public gatherings and protests.

Despite the country passing a law against torture in 2012, there are still numerous accusations of misuse of power by Ugandan security forces. Prosecutors and the judiciary must ensure the swift dismissal of proceedings where suspects have been tortured, arrested arbitrarily, or where evidence has been obtained through torture.

Retooling to ramp up prosecution of serious crime

The office of the DPP has previously stated that their second major priority is the prosecution of serious crimes. The DPP has categorized serious crimes as mostly being economic offenses, such as corruption and money laundering. A new leader at the office of the DPP creates a much-needed opportunity to re-examine past failures and successes in the prosecution of economic crimes in Uganda.

Financial and economic crime is a rapidly changing field. Prosecutors are now required to be adept at digging through and presenting complex evidence in court to sustain charges that are not manifestly obvious. In retooling, the DPP must build up specialized skills in the prosecution of crimes such as complex frauds, wildlife trafficking, cyber-crimes, human and arms trafficking, tax evasion, money laundering, environmental crimes and the prosecution of organized crime syndicates. The teams prosecuting economic crime will need training on issues such as, Forensic investigations in financial & economic crimes, chain of evidence in financial crimes, understanding complex corporate structures, data collection using publicly available databases, asset tracing, unexplained wealth orders, as well as the use of extra-jurisdictional tools and laws. Some of the extra jurisdictional tools that prosecutors need specialized training on include mutual legal assistance treaties, mutual legal assistance requests, international freezing orders, frameworks for recovery of assets between countries and international cooperation agreements on sharing information such as the Asset Recovery Inter-Agency Network for Eastern Africa (ARIN-EA). The office of the DPP should invest in such trainings to better strengthen their abilities to successfully prosecute economic, financial and organized crime.

Uganda has been accused of being a haven for unscrupulous traders from the Democratic Republic of Congo (DRC) and South Sudan to sell illicitly obtained natural resources, such as gold, oil and timber. Gold mined from the DRC is purchased, refined and sold by Ugandan companies and individuals, with illicit revenue generated being used to support the ongoing conflict in the DRC. Revenue from illicitly obtained oil in South Sudan is also laundered and moved through the Ugandan banking system. Uganda has a bustling commercial banking sector, but also presents corrupt officials or actors with an easy avenue to move or preserve illicit gains. Illegal logging of timber, especially teak in South Sudan, is also a multimillion dollar industry. This timber is moved through Uganda and the revenue is channeled through the Ugandan banking system.

The office of the DPP must therefore institutionalize prosecutions under the Anti-Money Laundering Act (AMLA 2013) and the Financial Institutions Act (2004) s. For example, Ugandan banks that allow sanctioned individuals and entities to trade and move money through their accounts must be prosecuted. The United Nations has already sanctioned numerous individuals and entities in the DRC and South Sudan. By allowing them to carry on their business unhindered in Uganda, the country is reneging on its international commitments. Reining in these organized criminal networks will also help promote regional stability, protect natural resources and will generally build a stronger East African Community (EAC) that promotes an immutable rule of law.

Establishing jurisprudence for prosecution of financial and economic crimes

Even though the Ugandan parliament has a big role to play in strengthening the legal ambit of the AMLA 2013 law, the DPP can proactively lead in the enforcement of existing provisions to also widen the jurisprudential base on which future prosecutions for more complex crimes may be hinged upon.

The Environmental Investigation Agency, an international NGO, has noted Uganda is among the top ten most significant transit hubs for ivory in East and Central Africa. Through well-organized networks, these criminals are able to move not only ivory, but also pangolin scales and indigenous teak wood through Uganda almost uninhibited. This is a multimillion dollar industry that has also been shown to finance rebel groups, such as the Lord’s Resistance Army(LRA).

The nexus between organized crime and natural resources opens up an interesting area for the prosecution of environmental crimes. In the enforcement of the Wildlife Act 2019, the government has been accused of only targeting small-time traffickers, who often rank very low compared to major traffickers. The current emphasis has been on punishment through criminal sanctions of the small-time players, who are often caught in stings. However, there is a need to also pursue the high-ranking members of these criminal networks to reduce the financial incentives of these crimes. To institutionalize this, prosecutors will need to be tactful, innovative and forward looking.

In addition, the Directorate of Geological Surveys and Mines (DGSM) has issued mining concessions to companies in areas that have previously been designated as protected areas for their environmental importance and fragility. Areas of ecological importance, such as the Virunga ecosystem, should be protected by going after public officials who through corruption, bribery, or wanton disregard of the public duty entrusted upon them, issued these concessions.

Cracking down on illicit enrichment and unexplained wealth is an emerging area of importance in the fight against corruption and IFFs. Uganda is replete with examples of public officials who clearly have amassed wealth beyond their legitimate sources of income. The Anticorruption Act of 2009 allows the DPP to investigate persons suspected of illicit enrichment and to take legal action against them. The office of the DPP has in the past used these provisions, reporting that from 2018-2019, over Ush1 billion (US$264,000) had been recovered. This amount, however, pales in comparison to the Ush25 trillion (US$6 billion) that GFI through value gap analysis estimates as the value of IFFs resulting from trade misinvoicing between Uganda and its trading partners. It is extremely likely that this money ended up in the hands of unscrupulous officials and business people.

Currently, the law in Uganda doesn’t allow for non-conviction based asset recoveries. Therefore, this underpins the need for increased prosecution of people who hold the highest responsibility – in corruption scandals, theft of public funds, organized crime rings and transnational crime. Unravelling these intricate webs of criminal activity requires a tough prosecutorial stance, regardless of how powerful some people may be.

For decades, cattle rustling has been a permanent thorn in the flesh for East African communities especially in Kenya, Uganda and South Sudan. What was previously a cultural practice has now evolved into an organized transnational crime that is worth millions of dollars. The proceeds of such organized criminal activities constitute IFFs. Many herders have lost lives and their sources of livelihood to persistent and well-armed raiders, who sell stolen cattle openly in major cities like Kampala. Disrupting these supply chains that allow illicit trade in beef within major cities will bear great fruits in curbing this form of organized crime. Additionally, these criminal networks are often also responsible for the movement of arms and cash across borders. Therefore, it would be a big boost to regional stability if the DPP joined efforts with other law enforcement agencies to target and bring to book the leaders of these criminal enterprises.

In conclusion, the new DPP has come to office during one of the most challenging times for law enforcement in Uganda. How Justice Adobo handles the most complex crimes in the country will either herald a change towards a stronger Uganda and the wider East Africa region, or further plunge it into regional instability, runaway corruption, untamed IFFs and business as usual for the enemies of shared prosperity.