Out of Sight: Wildlife Trafficking Responses in Colombia 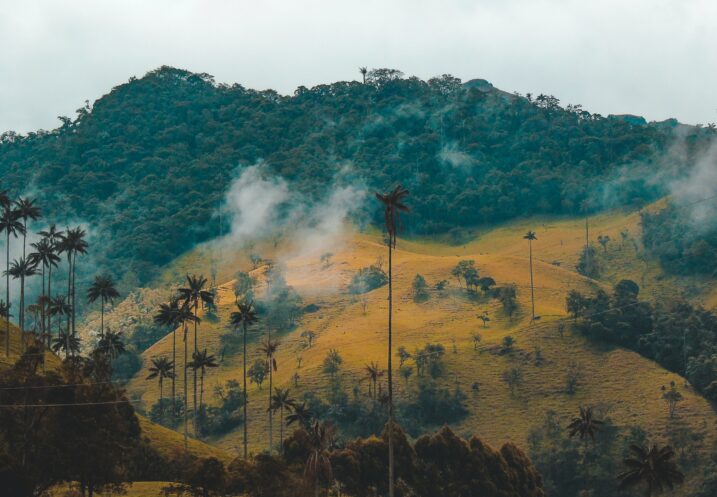 Operating in the Colombian forests and discreetly crossing borders are traffickers of an exotic good, generating millions of dollars a year in illicit profits: wildlife.

As one of the world’s most biodiverse countries, Colombia’s desirable animals such as turtles and tortoises, iguanas, sharks, monkeys and birds are paralleled by few other markets. The industry is domestically worth as much as US$17 million annually, says the Rescue and Rehabilitation of Wild Animals Unit, a Colombian NGO. The magnitude of the illegal wildlife trafficking industry in Colombia is only exceeded by drugs, arms and human trafficking. Due to the severity of those problems, attention has been diverted from spending the necessary time and resources on effectively monitoring illegal wildlife trafficking. Key areas to consider include the demand and methods of trafficking, policy concerns and responses, the rate of progress in curbing wildlife trafficking and the state of wildlife protection in 2020.

Demand and Methods for Trafficking

Animals are trafficked within and out of Colombia for consumption, fur or body parts and to serve as exotic pets. An InSight Crime analysis states, though, that the market for illegal fauna is still not fully understood. Colombians are known to consume turtle meat and iguana eggs as part of Lent traditions, as turtles are said to bring prosperity and good luck and the eggs are considered a fine delicacy. Accordingly, hunting and sale of both are illegal, as to not disrupt their reproductive seasons near Lent and prevent endangerment. However, communities who have little access to food are permitted to hunt them for sustenance, creating a grey area that traffickers looking for a lucrative trade have exploited. Such grey areas are common in Colombian policy, indicating the knowledge gaps needed to make laws more pointed. The same can be said for delicacies that more often go abroad, such as sea cucumbers or the aphrodisiac fish bladders that can sell for thousands of dollars throughout Asia. The most common international wildlife trafficking routes lead to southern US cities, Western European cities like London, Milan and Hamburg, or Asian countries like Japan, China and Indonesia.

Traffickers employ a variety of methods to smuggle wildlife in Colombia, many of which are inhumane. It can be as simple as hiding animal eggs in banana shipments or film canisters, and as complex as sedating the animals and taping them to their courier’s chests. A large proportion of animals rescued by authorities are admitted to rehabilitation centers to be treated for injuries or illnesses before being released back into their natural habitats. The Reception and Rehabilitation of Wildlife Center in Bogotá alone has seen almost 7,000 rescued animals who were sick or injured since 2017. Additionally, wildlife traffickers often form mutually beneficial relationships with drug traffickers, with animal traffickers paying taxes or fees to drug traffickers, or hiding drugs within their animal shipments in exchange for access to smuggling routes.

Among Colombian actors who regulate wildlife trafficking, there is a concern that hunting and trading laws are too vague or difficult to implement, and that relevant institutions lack a well-rounded understanding of how wildlife trafficking networks operate. These networks are understood to be intelligent and organized, given their connection to drug trafficking operations. According to leadership in the Directorate of Criminal Investigation and Interpol in Colombia, the country lacks wildlife monitoring systems and infrastructure like airport and border technology that would increase seizure numbers. Many detained traffickers are punished minimally and released for their crimes because public policies are too weak or too broad.

In the last decade especially, there have been greater efforts to produce comprehensive plans to address these shortcomings. In 2012, the Colombian Ministry of the Environment and Sustainable Development (MinAmbiente) published “The National Strategy for the Prevention and Control of Illegal Trafficking of Wild Species,” a plan of action for anti-trafficking efforts through 2020. The plan featured four lines of action: monitoring and control of illegal wildlife trafficking, handling and disposal of seized specimens, promotion of alternative production and participation of civil society. The National Police, armed forces, Attorney General and a variety of regional law and environmental institutions were named as parties to be involved in each of these goals and in the process of improving policy implementation and capture operations.

In March of 2016, the ministry launched another action plan to train over 800 officials in relevant sectors to better manage trafficking cases. Alongside these efforts, countless NGOs and corporations have proposed their own plans targeting wildlife protection, which tend to focus on specific geographic locations, species or trafficking networks. Colombia is also a party to the Convention on International Trade in Endangered Species of Wild Fauna and Flora (CITES), which works internationally with governments to protect wildlife from harmful trade practices. The question is how effective these efforts have been in mitigating the issue of illegal trafficking.

The National Police, armed forces, various government ministries and NGOs alike publish their own reports on wildlife rescues year to year. Accordingly, aggregate data is sparse. From 2008-2013, before plans from the new strategy would have taken effect, the Office of the Comptroller General of Colombia estimated that about 336,784 total species were rescued from Colombian trafficking routes, whose combined market value surpassed 400 billion pesos (over US$110 million). The average number of seizures per year was between 58,000 to 64,000 animals, evidencing that seizures did not change significantly across the five-year period. Is it an increased demand for trafficked animals, an insufficiency of institutional capacity, or a sign of decreased trafficking attempts that caused the maintenance of these numbers over time?

Capture estimates from various sources for 2015-2018 are indeed lower than those recorded for the 2008-2013 period. One estimate from MinAmbiente for 2017 was that 23,605 animals were seized by authorities that year, which is only about half the average for years prior. Reports that thousands of animals have been rescued month to month are plentiful on MinAmbiente and National Police bulletins, but what is still unclear is if the number of successes that have been reported since 2012 are proportionally better than those before, and how much of the trade is still going undetected. Colombian newspaper El Tiempo  reported the National Police had seized 13,644 animals in the first quarter of 2015, but that in the same quarter the year before, seizures equaled 18,228. Rather than seeing this as a reduction in the success of seizure operations, the police stated this could indicate a decrease in the actions of trafficking gangs. Until a greater understanding of wildlife trafficking networks is obtained and more raw data can be provided, these uncertainties cannot be fully deciphered.

Headlines of wildlife seizures in Colombia are visible amid the layers of Covid-19 coverage, which of course has its own connections to wildlife trafficking. The Colombian public have seemingly become more impassioned about the issue of wildlife trafficking and conservation this year, as efforts to protect Colombian wildlife are continually being published by MinAmbiente and seen in trending discussions on social media.

In April 2020, Colombia launched a new Global Biodiversity Framework to utilize more scientifically-based methods to conserve Colombia’s biodiversity, including the continued fight against illegal wildlife trafficking. The Directorate of Protection and Special Services of the National Police reported on April 6, 2020 that 9,563 wildlife specimens had already been seized since January 1, 2020. On April 29, 2020, it was reported 2,162 matamata tortoises – which can sell for about US$80-US$100 in Europe and Asia – were returned to their natural habitat.

On Colombian social media channels, the #NoEstánSolos (“They are not alone”) campaign has trended in 2020, which was started by MinAmbiente as a way to involve the public in maintaining environmental conservation efforts and wildlife protection. While its main focuses are to help guarantee food and funding for animals in struggling zoos and aquariums and to protect vulnerable animals in the now emptier streets, the issue of trafficking has been integrated into discussions as a threat to biodiversity. Organizations such as the World Wildlife Fund and Conservation International have contributed funding to the cause, helping to maintain the attention on wildlife conservation during the Covid-19 pandemic that could strengthen Colombia’s environmental security efforts. Having reached the end of the planned timeline for the 2012 National Strategy, what is needed next are studies evaluating its implementation and impacts.

Now that public health is at the forefront of every policymaker’s agenda, the hope is that the traction wildlife trafficking has gained as an imperative issue for Colombia’s economy, security and environment will not be lost.