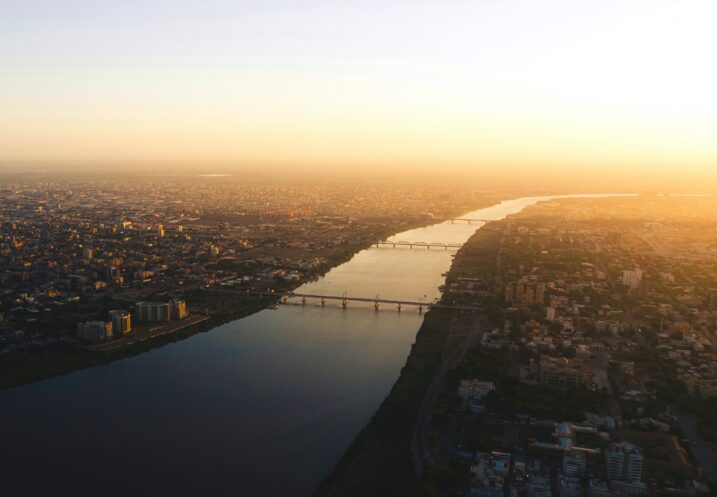 As the best empirical data unfortunately indicate, violent conflicts are on the rise. After a precipitous drop in civil wars following the dissolution of the Soviet Union, the number of active intrastate conflicts has  ballooned over the past 15 years. Indeed, in 2019, 54 state-based conflicts were being waged, a post-WWII record.

This uptick in civil wars demands comprehensive solutions. Successful conflict resolution has always involved numerous actors, both international and domestic, working on a variety of conflict elements—diplomacy, disarmament, peacekeeping, humanitarian services, institution-building, and post-conflict peacebuilding, among others. But one component of conflict resolution has been routinely left out of the mix. Financial corruption, defined here as opacity in the global financial system, and the actions such opacity enables, is often a major aggravator of conflict. Global security requires meaningful financial transparency reforms.

In 2003, as Darfurian rebel groups, began attacking Sudanese military holdings, Sudan President Omar al-Bashir “masterminded and implemented” a genocidal campaign against hundreds of thousands of civilians. Al-Bashir’s counter-insurgency strategy involved heavily funding the ‘Janjaweed,’ a government-allied paramilitary group. Some 400,000 Darfurians were massacred in devastating offensives coordinated by the Sudanese military and Janjaweed paramilitaries. By 2006, the UN had labeled al-Bashir’s mobilization in Darfur “ethnic cleansing,” and Colin Powell, speaking on behalf of the Bush Administration, deemed it “genocide”—the first time the U.S. government had formally designated an ongoing conflict as such.

In 2009, and again in 2010, the International Criminal Court (ICC) issued arrest warrants for al-Bashir, making him the first head-of-state to be indicted by the ICC. Al-Bashir was finally ousted in a 2019 military coup, where he was promptly arrested and found guilty of money laundering by a local court after US$130 million in cash was found in his home. In August 2021, amid fears that he would skirt his ICC warrants, Sudan’s Minister of Foreign Affairs confirmed al-Bashir would be sent to the Hague to be tried by the ICC immediately following his prison sentence in Khartoum, sparking hope that Darfurian victims will salvage some semblance of justice.

In 2014, the U.S. Department of Justice (DOJ) revealed that BNP Paribas (BNPP), a major multinational French bank that currently manages over half a trillion USD in assets, provided financial services to Sudanese government officials during their illegal operation in Darfur, including providing access to U.S. financial markets. By wiring billions of dollars of Sudanese government operatives’ money into the U.S., BNPP violated two laws that bar U.S.-based financial institutions from providing services to sanctioned governments. The resulting sentence was unprecedented: BNPP was strapped with an US$8.9 billion penalty, the world’s largest hitherto fine imposed in a criminal case.

The DOJ investigation revealed that top-brass at BNPP were acutely aware of the illegality of their actions, and that the bank deliberately obfuscated its financial dealings with al-Bashir’s regime. When the story broke, 13 BNPP employees involved in the scandal lost their jobs, but no individuals were prosecuted. Further, a number of additional suits, brought against BNPP in recent years, have argued that without funding from al-Bashir, Janjaweed paramilitaries couldn’t have orchestrated such massive levels of violence against Darfurian civilians.

Though the DOJ’s prosecution of BNPP is often, and perhaps rightfully, touted as a success and will likely deter multinational banks from doing business with kleptocrats in the future, the speed of prosecution is also an important consideration. If robust transparency procedures were in place as the Darfur conflict was unfolding, regulators, prosecutors and civil society actors could have discovered al-Bashir’s BNPP accounts sooner, perhaps in time to cut off a major funding source for Sudanese paramilitary groups. Or, more to the point, if robust transparency procedures were being enforced, BNPP likely wouldn’t have agreed to manage al-Bashir’s assets in the first place.

As corruption researcher Casey Michel recently pointed out, U.S. sanctions against Russian oligarchs in the wake of Russia’s invasion of Ukraine have been shoddy at best because of opacity in the global financial system—particularly in U.S. financial markets. While U.S. officials have seized some lavish yachts and mansions owned by Kremlin-adjacent figures, less obvious oligarch-owned assets, such as financial securities controlled by anonymous companies or large American real estate holdings, remain untouched. This is because many financial markets in the U.S.—and around the world—don’t require the beneficial owners of assets to disclose their personal information to relevant authorities.

Additionally, opacity in the global financial system allows war-makers to ignore the real costs of conflict. Scholars of conflict argue that political actors are generally hesitant to initiate conflict since the costs of war are so high. But if a head-of-state’s wealth is securely and anonymously stashed in an offshore financial center far from the battlefield, the costs of war may seem negligible enough to initiate conflict.

The role of financial corruption in facilitating conflict has not been studied sufficiently. The Darfur case illustrates how kleptocrats use opaque international financial markets to finance military mobilization and shield assets. As documented above, transparency reforms could curtail violent conflicts by making it difficult for perpetrators of mass violence to finance their military campaigns. Financial transparency will make war appear more costly to aggressors, incentivizing peaceful conflict resolution processes.

Tanner Clegg was a Summer 2022 Policy Intern with Global Financial Integrity. Tanner is a graduate student at Georgetown University, where he studies conflict, corruption, and post-conflict peacebuilding.