Settling Accounts: What Happens after SwissLeaks? 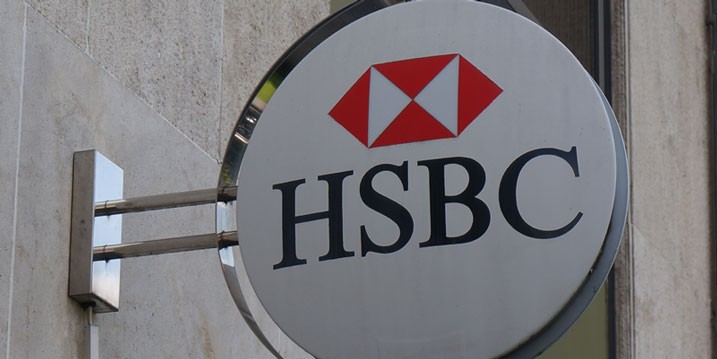 The SwissLeaks Scandal around the HSBC Bank Subsidiary There Has Highlighted How Globalization Can Facilitate Tax-Dodgers. Only a Bright Spotlight of Information Can Deter Them.

A major leak of incriminating HSBC records last week resulted in print and television news coverage around the globe, trended on Twitter for several days and prompted several governments to start long-anticipated investigations. Through its Swiss entity, the British banking juggernaut helped customers from around the world to hide their money for tax evasion or other nefarious purposes without any questions asked. In fact, in several of the ‘scripts’ which accompany the accounts, banking personnel are seen to be very willing to accommodate dubious requests—from allowing cash withdrawals worth millions of dollars to setting up sham legal entities to obscure the ownership of the funds.

The ‘Lagarde list’, as the files have come to be known, has been around for a couple of years and so many have been asking: ‘Why do we only see government action once a group of reporters put the spotlight on this?’ Another frequent question has been whether the bank has really (as it claims) cleaned up its act.

Relatively few commentators have asked: how do we prevent this in the first place?

Last year, the Organisation for Economic Co-operation and Development (OECD)—a rich nations’ think tank—proclaimed the death of banking secrecywhen it launched its new ‘Common Reporting Standard’, a global system intended to enable automatic information exchange (AEoI) between governments on the deposits of residents, for tax purposes. The Financial Transparency Coalition (FTC) has been following this closely and questions whether the plan, in its current shape, will prevent the next global tax-evasion scandal.  The poorest countries suffer most from tax evasion and other illicit financial flows, and they may be left out of the plan.

The idea behind AEoI is simple: financial institutions everywhere will determine which of their clients are foreign tax residents. Each institution will provide information about them to its ‘home government’, which will forward this ‘automatically’ at set intervals to the government whose citizens it concerns. Essentially, instead of governments relying on their own tax residents to disclose their foreign accounts, a tax resident’s foreign bank will let its government know about them.

A good idea in principle, but the way it is intended to be put into practice is controversial. OECD members have made participation dependent on confidentiality standards yet to be defined. And some states—including Switzerland—have added further reservations, wanting to exchange only with countries with which they have political and economic ties.

To illustrate why such a requirement would be disingenuous, look at offshore holding around the world. Residents of Africa and Latin America are estimated to hold over a quarter of their assets offshore, whereas the volume of offshore assets from other countries held in the poorest countries is negligible. Nigeria, with one of the most developed financial sectors in Africa, holds less than 1% of its bank assets in the UK, for example. In other words, wealthier states generally have little to gain economically from exchanging information with poorer countries, whereas the latter have a great deal to gain. If the criteria for exchange include whether wealthier countries obtain a substantial economic benefit, the intended global development benefits of the plan will be lost before the first bytes of data are exchanged.

Capacity in developing countries will need to be increased, so that any technical barriers to taking part in the global system can be overcome sooner rather than later. The scale of the challenge is significant: the UK-based charity Christian Aid has estimated that sub-Saharan Africa would need around 650,000 more tax officials to reach the world average. Inadequate information technology represents another barrier.

Through the G8, the G20 and the Global Forum—a platform hosted by the OECD with 125 participating governments—rich states have promised help to poor countries to build the capacity they need, but these commitments have yet to be honoured. Investing in AEoI is one of many pressing issues facing developing countries, so if and when they make a commitment to it they should be ensured that support will be there.

Such technical assistance should engage developing-country tax authorities and investigative and prosecutorial personnel, to demonstrate how AEoI information can be mined for specific data or used to identify trends. For this to happen, developing countries need to be receiving data. The FTC strongly recommends a phased approach for the poorest countries (those with gross national income per capita of less than $4,125), to prepare them for full co-operation in a global system of information exchange.

Meanwhile, potential benefits for developing countries can also be assessed by identifying the assets of their residents held overseas, for example using data collected by the Bank of International Settlements. As sufficiently disaggregated data are not available publicly, only government-led research is currently possible here. Governments are encouraged to publish the volume of data being exchanged, the number of individuals involved and the extent of the assets concerned.

These statistics would give citizens, journalists, politicians and organisations an idea about the potential impact of AEoI. Research on the deterrent effect—which may be the main impact—would very likely prompt countries to prioritise participation. And what, other than such a deterrent of tax evasion, would prevent the next big scandal?

But even if all the loopholes in global information exchange are fixed, this is a solution to today’s problems, not tomorrow’s. Criminals and their enablers are creative, so the only way to prevent future scandals is to shed light on what criminals and tax dodgers are trying to hide. This is why online registers of assets for all legal persons and arrangements are necessary and should be publicly available. And law-enforcement bodies around the world should have access to information about other stores of wealth, such as gold and art held in freeports.

If we turn a blind eye to these loopholes, economic development for all will continue to be undermined by illicit actors looking to exploit them.