FIFA: The Bribery Case with No Bribery Charge 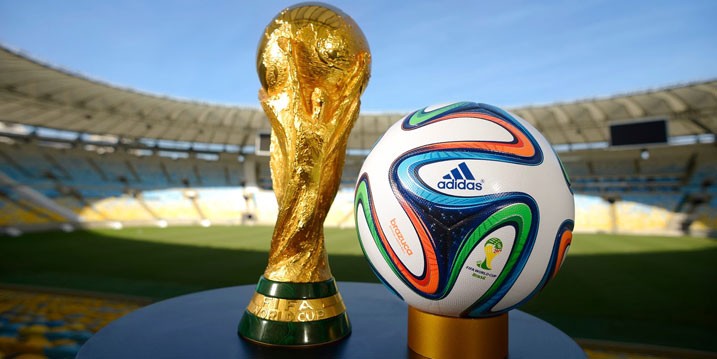 A version of this article originally appeared at Casetext.

This was a very exciting week for lawyers who are sports enthusiasts – the Department of Justice indicted fourteen FIFA officials, alleging that they are part of what one could conclude from reading the indictment is a massive, multifaceted, bribery ring. Informal allegations have been made before, and the whispers that FIFA is synonymous with bribery and corruption have been growing louder over the years. But this week the Department of Justice shouted it from the mountain top (or, perhaps more accurately, in front of a lot of the international press corps, which was probably more effective).

There are a number of interesting facets to the case that is now before us. The first is that for a case about bribery, a charge of bribery seems to be conspicuously absent. The Defendants were indicted for a “pattern of racketeering activity,” including charges of violating the Travel Act in aid of racketeering, money laundering, money laundering conspiracy, wire fraud, wire fraud conspiracy, and other charges that do not expressly include bribery. Why is that?

The alleged violation of that New York statute on commercial bribery is critical to the federal charges, however. The first federal charge noted above is a violation of the Travel Act. The relevant part of the Travel Act essentially says that it is illegal to engage in interstate or foreign travel, or use the mails or “any facility in interstate commerce” to promote, manage, establish or carry on an illegal activity. That activity can be illegal under either federal or state law, and bribery is definitely included on the list of what is considered an illegal activity under the Travel Act.

If you read the indictment, you find copious allegations of fourteen Defendants (i) traveling in the U.S. and abroad (including to and from New York) to meet with each other and third parties to discuss and agree on future bribe payments, and (ii) sending bribe money by wire transfer (a facility in interstate commerce) to bank accounts all over the world, including from, through, and to banks located in the U.S. There is even an instance where a representative of FirstCaribbean International Bank in the Bahamas flew to New York to pick up a check for US$250,000 (the alleged bribe) from the bribe recipient to safely transport it back to FirstCaribbean International Bank in the Bahamas and deposit it into the Defendant’s account (See ¶ 198).

Wire fraud (defrauding others using the wires) seems a pretty appropriate and straight-forward charge given the detailed discussion in the Indictment of all of the alleged bribes that were transferred by wire.

That brings us to the charges of money laundering. These Defendants were pretty creative in this department. Money laundering is a secondary crime, meaning that it cannot exist without another, underlying crime—a predicate crime. The predicate crime generates money (the proceeds of the crime) that is then laundered. Laundering is the act of knowingly taking the proceeds of crime and trying to conceal or disguise the origin, location, nature, ownership, or control of that illicit money so that it is difficult to prove that the money is linked to the crime (See ¶ 273).  In the U.S., we have a list of crimes that can be predicate crimes for a money laundering charge, and wire fraud and violations of the Racketeer Influenced and Corrupt Organizations Act (also known as RICO, under which the Travel Act is a predicate crime) are on that list.

So, how did our creative Defendants try to conceal or disguise the origin, location, nature, ownership, and/or control of (i.e. launder) their bribe payments? One Defendant had the bribe payer pay the company that was building the Defendant’s pool instead of paying him directly (See ¶ 231). In another example, the Defendant just reduced the amount that the bribe payer owed him for an outstanding loan (See ¶ 121). Bribe payers purchased expensive art work that they then “gave” to the Defendant (See ¶ 98). Real estate was purchased instead of moving the cash (See ¶ 231). And, of course, the more usual methods were used—such as numbered Swiss bank accounts, accounts in Panama and other “offshore” jurisdictions, the use of middlemen to move the money, the creation and use of shell companies, and the establishment of routing structures (with the person who set up the structures being paid US$200,000 for his services) (See ¶s 82, 251, 72, 229, 194, 122). At least 31 different banks or bank branches, located in at least 14 different countries, were identified (although not charged) in the Indictment.

Another method of money laundering allegedly used by one of the Defendants was trade misinvoicing. “Trade misinvoicing” is not a term that most people have heard, and essentially it means that the sale of something (goods, services, whatever) was priced incorrectly in order to move value from one place to another. For example, if I want to move money to my buddy in a way that is difficult to detect, I might buy a lot of high quality silk shirts for US$1 million and ship them to my buddy with an invoice for US$500,000, (fraudulently) stating on the invoice and any other paperwork that the shirts are worth US$500,000. My buddy pays me the amount I billed him for, US$500,000, and he sells the shirts for what they are really worth, US$1 million (or more, if he’s extremely crafty!). I’ve just shifted US$500,000 to my buddy and most people are none the wiser. Even if a customs officer had opened my box of silk shirts to check the goods, it is unlikely that he or she would be able to tell the difference between a US$10 silk shirt and a US$20 silk shirt.

This may seem like a lot of hassle, but trade misinvoicing happens every day, all over the world, covering up the movement of drug money, bribes and kickbacks, terrorist financing, and many other proceeds of crime. People even misinvoice trade simply to evade customs duties. My organization, Global Financial Integrity, estimates that trade misinvoicing moved about US$730 billion in illicit money out of developing countries in 2012 alone.12 It is one of the least recognized causes of global inequality, poverty, and instability. In the FIFA case, one Defendant allegedly engaged in a trade misinvoicing transaction involving an overseas sportswear company that manufactured soccer uniforms and soccer balls to cover up the movement of US$1.1 million in bribe money to him (See ¶ 236).

There are a number of lessons to learn from this case, both legally and ethically, and I’m sure that the commentary will continue to explore every possible angle over the coming weeks and months. Some questions you might continue to ponder are (i) why the U.S. does not have an express federal prohibition on commercial bribery, (ii) to what degree did those 31 banks and bank branches know or suspect that they were processing corrupt funds, as some of them probably should have known if their legally required anti-money laundering programs were robust, and (iii) why haven’t you heard more about trade misinvoicing, and what can be done about it? If you’d like to explore that last question further, check out gfintegrity.org/issue/trade-misinvoicing/.