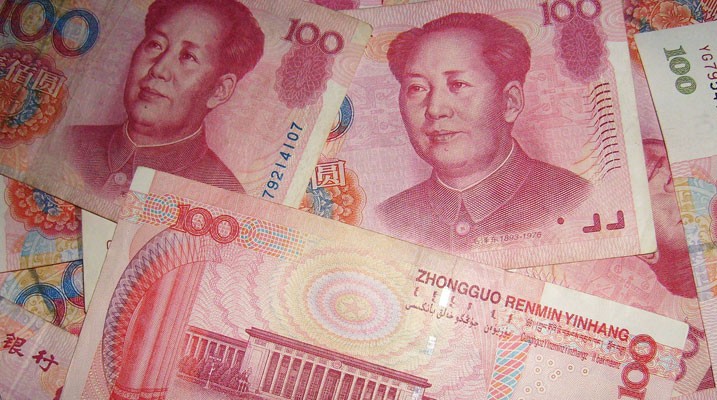 With the anti-corruption drive underway in China, our estimates of illicit financial flows have been in the news a lot lately.  This is for good reason; there is a ton of illicit money gushing out of China.

But, if you have been reading multiple stories on this topic, you might be a little confused about the precise scale of the problem facing China.

Prominent outlets such as the Financial Times, the South China Morning Post, and China Daily, among others, have all reported over the past week that:

“The US-based non-profit group Global Financial Integrity estimates illegal flows out of China amounted to $2.83tn between 2005 and 2011.”

While other major sources such as Businessweek and the Heritage Foundation have stated:

“Between 2002 and 2011, $1.08 trillion of illicit funds were spirited out of China, estimates Washington (D.C.)-based nonprofit Global Financial Integrity.”

These estimates are widely different.  Some of these outlets must be incorrect in their reporting, right?

Well, technically, they are both correct, as we have issued different reports on the topic, which have varied substantially in their estimates of China’s illicit outflows.  However, given the current data that GFI has and our current methodology—which we believe to be significantly more accurate than our older one—GFI’s present best estimate of illicit financial outflows from China between 2002 and 2011 is US$1.08 trillion.

If you look exclusively at the period from 2005 through 2011, then we estimate that China exported US$851.03 billion in illicit capital over that seven-year time-span.

Where Did the Other Number Come From?

In October 2012, we issued a briefing paper, titled “Illicit Financial Flows from China and the Role of Trade Misinvoicing“, which was based on our older methodology.  That report estimated that China lost $3.79 trillion in illicit financial flows from 2000-2011.  When looking at the estimates in that study for just 2005 through 2011, you can see that China’s illicit outflows were US$2.83 trillion over that seven-year sub-period.

However, we have since improved our methodology, and this brought the estimate of China’s illicit outflows down substantially.

Our latest annual global update on illicit financial flows, published in December 2013, introduced several new methodological improvements to how we estimate the trade misinvoicing portion of illicit outflows.  For the first time, we:

The other major update to our methodology involved incorporating re-exporting data from Hong Kong for the first time.  By omitting data on re-exports through Hong Kong from our model, our older methodology had the tendency misclassify re-exports through Hong Kong as misinvoiced trade (or illicit outflows) from those countries re-exporting through HK.  By incorporating this data, we’re able to exclude Hong Kong’s re-exports from our trade misinvoicing estimates and come up with a more accurate measure of illicit outflows from many Asian nations.  China is Hong Kong’s largest trading partner, with a lot of China’s exports being re-exported through Hong Kong, so this had an out-sized effect on our estimates of trade misinvoicing from China.

Why Didn’t We Use Hong Kong Re-Exporting Data Before?

We didn’t previously use Hong Kong re-exporting data for a few reasons:

The underlying point here is that GFI welcomes constructive feedback on our methodology and our studies.  Illicit financial flows are by definition unrecorded, and thus they are difficult to measure.  Furthermore, GFI is conducting ground-breaking research, and like any ground-breaking research, it can always be tweaked, honed, and improved over time.  Still, as this blog post demonstrates, when GFI receives valid, constructive feedback, we are open to incorporating it into our research moving forward.

What Does this Mean for China?

Whether illicit outflows from China totaled US$3 trillion or US$1 trillion over the past decade, they are a serious problem for the world’s second largest economy.  Indeed, China lost more in illicit outflows between 2002 and 2011 than any other emerging or developing country.  These outflows fuel crime, corruption, and tax evasion and they drain the Chinese economy of an enormous amount of capital.  Efforts to curtail illicit financial flows from China should be a priority.