HomeBlogIllicit Financial FlowsThe Alpha, But Whither The Omega, Of The Greek Crisis?

The Alpha, But Whither The Omega, Of The Greek Crisis? 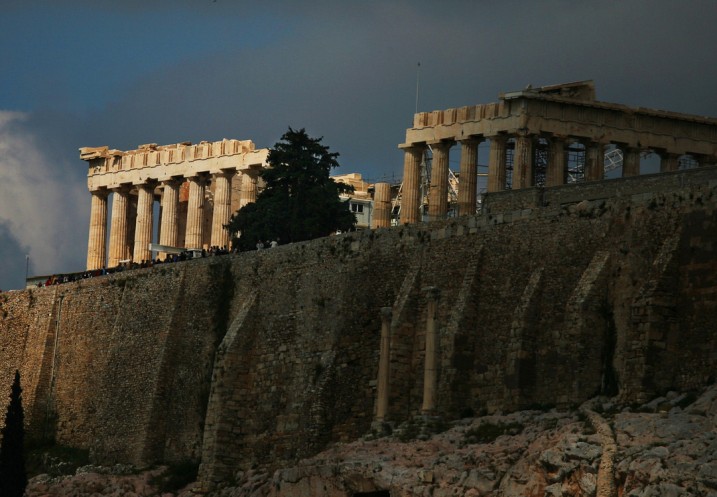 Greece has been in the news a lot lately and as we all know, it has not been good news.  By all accounts, the austerity measures being imposed on the population as a condition for bailing Greece out of the financial crisis, is severe.  As Walter Mead points out in a recent blog, investors are worried that the Greeks may not stand for them.  He rightly notes that ordinary Greeks feel that the rich should pay the costs of the economic crisis and not them.  They are right.  According to an article in the Washington Post (Is austerity a Greek myth? By David Ignatius, May 3, 2010), Prime Minister Papandreou admits that corruption now robs the Greek economy by US$20-30 billion and “graft” (probably meaning bribery and kickbacks) accounts for some 8-12 percent of GDP.  If, as I suspect, the Prime Minister is talking of graft and corruption as separate components, the size of Greece’s underground works out to some 18-21 percent of GDP.  The result still falls short of the 25-30 percent of GDP estimated by most economists.

There is no question that Greece is caught between the proverbial rock and a hard place. To understand how the country got there, I shall try to trace the road map with the help of some basic economic data for the decade ending 2009.  The first striking thing is that Greece ran a sizable current account deficit that grew from 6.6% of GDP in 2000 to 15.5% of GDP with most of the increase coming in the second half of the decade.  A current account deficit basically arises from increases in import costs over export earnings. It is symptomatic of an excess of consumption over income. Greece financed this consumption boom not by drawing down domestic (public and private) savings or gross foreign exchange reserves of the central bank but through the contracting of external debt which swelled from a manageable 73% of GDP in 2000 to close to 160% of GDP by the end of the decade.

The question naturally arises: how come Greek policy makers and foreign investors never saw the debt crisis coming? The reason is that the debt to GDP ratio is not a tea leaf for an impending debt crisis–debt sustainability entails a much more complicated exercise than can be captured by any single measure. I learned that in my early years at the IMF. Forecasting external debt default is an extremely complicated task. While economic models often successfully identify countries with external debt crisis after the fact, they remain poor predictors of one.  Part of the problem in forecasting debt crisis is that we need to know what the government did with that debt.  If debt was used to finance growth enhancing projects such as investments in health and education, infrastructure, or other investments with a rate of return higher than the cost of the debt, an indebted country could very well remain solvent. Apparently, that was not the case in Greece. The government simply used the borrowed money to run an inefficient and bloated public sector even as it failed to collect tax revenues to pay back the loans. Over the years of neglect and profligacy, the dynamics of debt just grew more cruel. That is just in the nature of the animal. As debt levels have ballooned, so have the interest costs of servicing the debt. We can be sure that interest costs would eat up a sizable portion of the government budget which will itself force a sharp contraction in social programs, wages and pensions.  The life of the average Greek is about to get very hard and mostly because of rampant corruption by the rich and the powerful with the collusion of the government. No wonder they are mad.

That said, there is another insidious dimension to the Greek financial crisis that few economists have touched upon.  Even as Greece’s debt burden grew ever more onerous, its burgeoning underground economy fueled massive illicit financial flows from the country. Based on well-established economic models, Global Financial Integrity (GFI) estimates that over the past decade ending 2009, Greece lost an estimated US$160 billion through unrecorded transfers through its balance of payments.  Interesting, according to study conducted at GFI, there were illicit inflows into Greece which approximately totaled US$96 billion through the misinvoicing of trade transactions, probably as a result of import duty evasion and smuggling. Traditionally, economists have netted out the so-called inflows from outflows as if the netting of the two more accurately reflects a country’s net position with regard to these flows.  In contrast, GFI’s studies have stressed that netting “inflows” from illicit outflows makes little sense. Not only are (unrecorded) illicit inflows outside the government’s tax net, they cannot be used to sustain high-quality economic growth. The Greek study offers a stark illustration of the folly of netting inflows from outflows if ever there was one. Even as Greece “enjoyed” illicit inflows in every single year from 2000-2009 through trade misinvoicing, the country has been pushed to the verge of bankruptcy!  So economists need to take note of some festering issues in capital flight and not simply run standard economic models by rote without analyzing whether their underlying assumptions are realistic. But most economists would agree that no matter which way we slice it, flight capital has made matters much worse for Greece. In our experience, once illicit capital exits a country, it is a Herculean task for the government to get it back. The need of the hour is that Greek policy makers must not only ensure that the economy is placed on a sustainable path to debt solvency and economy growth, they must improve governance and implement economic reform so that Greeks would favor licit domestic, over illicit foreign, investments.

Estimates of illicit financial flows are based on official data published on the web-site of the Bank of Greece (central bank) and the data reported to the IMF. The shoddy quality of Greek data on balance of payments, external debt, and national accounts mean that the estimates of illicit flows may be understated.  In fact, an IMF assessment of Greece’s statistical system in 2002/03 gave high marks for professional integrity, accuracy, and reliability when in fact the Greeks have been fudging their books for a long time. Only recently, after the horse has bolted from the barn, the Eurostat, the European Union’s statistical arm, has acknowledged that statistical obscuration is a fact of life in Greece and has probably contributed to the country’s acceptance into the European Union. Even as late as last year, Greece upped its fiscal deficit to 13.6%  percent of GDP from the previously stated 12.9%.  In my experience, the IMF’s statistical assessment methods are in dire need of a thorough revamping, away from one based upon tacit official self-assessments and towards more intrusive and independent assessments including consistency checks for the entire macroeconomic accounts and feedback from international, not just domestic, users, as is currently the case.  In the end, the IMF must be the early bearer of bad news.

Judging by the violent street protests in Greece lately, it may not be feasible to return Greek economy on a sustainable path based on fiscal adjustment alone. Some sort of debt restructuring—a kinder, gentler version of outright debt default—may be necessary to help Greeks bite the bullet. This calls upon European leaders and the IMF to exercise the utmost acumen and urgency to contain the crisis through a regimen of adjustment policies that will be painful but one that the Greeks can live with.  The alternative is chaos and contagion leading perhaps to an unraveling of the European Union.