The G7 and the SDGs 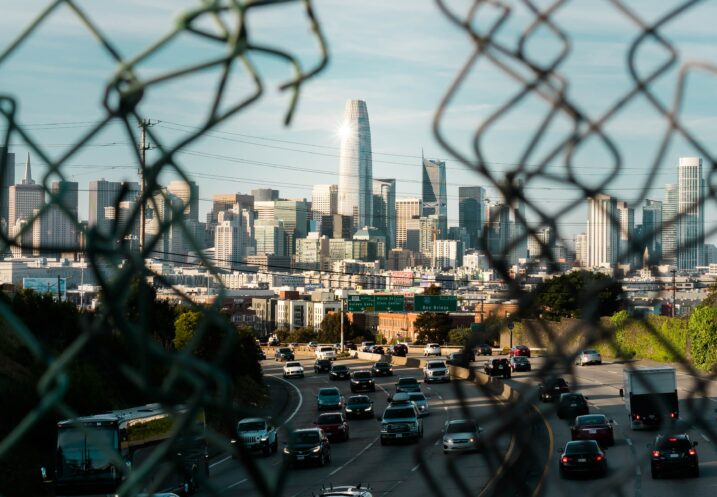 The Sustainable Development Goals (SDGs) are a set of measurable, attainable and time-bound objectives that were accepted by all 193 Member States of the United Nations in 2015. The SDGs, preceded by the Millennium Development Goals (MDGs), serve as a large, visionary framework to guide development policy-making from 2015 to 2030. The 17 multi-faceted goals range from issues on improving health and education, to fostering inclusive economic growth and addressing climate change.

The goals apply equally to developed and developing nations; indeed, unlike the MDGs, the SDGs were created with all countries in mind. The beauty of the goals is that each country can develop policy strategies in line with those that are most pertinent to the issues of the nation. The SDGs serve as a reminder that all countries in the world have room for improvement and these universal goals can help guide domestic policy.

The main reporting tool for assessing SDG progress is known as a Voluntary National Review (VNR), which each country can issue to describe what steps they are taking to achieve the 2030 Agenda. The reviews are meant to be state-led and executed by both developed and developing nations. Every summer, VNRs are presented at the annual High Level Political Forum (HLFP) in New York.

We are now four years into the 2030 Agenda. The Group of Seven (G7) countries, Canada, France, Germany, Italy, Japan, the United Kingdom and the United States, represent seven of the largest and most industrialized economies in the world and collectively hold roughly 58% of the world’s wealth. As global leaders in trade and development, their domestic adoption of the goals solidifies the global commitment to the goals beyond what they contribute to developing countries in Official Development Assistance (ODA) each year.

So what has been the progress of the G7 countries on implementation of the SDGs? To get a snapshot of each G7 country’s progress and commitment to the SDGs, we examined each country’s VNR, assessed how much of their gross domestic income (GNI) is spent on ODA, if they have a national SDG strategy, what type of policy coordinating structures they have implemented, as well as what kinds of issues each country is emphasizing domestically. Overall, there has been solid engagement across all G7 countries, minus the United States, which has yet to participate in the voluntary reporting tool.

The G7 and the SDGs at a Glance

In 2018, the Canadian Ministry of Foreign Affairs released their VNR and established an SDG Unit to track progress and coordinate policy across federal agencies with Canadian stakeholders. Canada’s international contributions to ODA totaled 4.3 billion USD, or 0.264% of gross national income (GNI). The full report asserts that, though Canada is working on all 17 goals, there are five pressing domestic issues: the elimination of poverty, the advancement of gender equality, creation of inclusive economic growth, reconciliation with indigenous peoples and improvement on climate, energy and clean ocean action.

France strongly supports the goals; in 2016, the country was one of the first of the G7 to release a VNR. To support other countries, their ODA in 2017 was about 0.430% of GNI, roughly US$11.3 billion. The government created a General Commission for Sustainable Development to oversee domestic SDG policy integration; the commission works with the Interministerial Committee for International Cooperation and Development to update and implement the National Sustainable Development Strategy, updated every five years.

The VNR’s executive summary recognizes that many French citizens have achieved a high standard of living and that the country is a global leader in making strides to move the economy and society toward sustainable growth and green energy. The report also acknowledges, however, that unemployment, financial stability, reducing social inequality and increasing civic participation remain domestic challenges.

The Federal Government of Germany also released their VNR in 2016. They spent 0.667% of their 2017 GNI on ODA, about US$25 billion. Three working groups coordinate German policy implementation of the goals between the State Secretaries Committee, the Parliamentary and the Council for Sustainable Development. Although the German report does not specify particular domestic issues, it does state that intergenerational equity, quality of life, social cohesion and international responsibility are the guiding principles for policy formulation.

Notably, the German government was involved in sustainable policy early on; in 2002, they presented the first National Sustainable Development Strategy, which continues to serve as the German framework to accomplish the SDGs.

In 2017, Italy presented their VNR, issued by the Italian Ministry for the Environment, and spent US$5.9 billion on ODA, or 0.301% of GNI. The Inter-Agency and Expert Group on SDG Indicators coordinates the Italian national strategy. The Italian report describes the five core areas of the National Sustainable Development Strategy for Italy: people, planet, peace, prosperity and partnership. Italy has also identified the following as top policy priorities: decrease poverty, inequality, and discrimination; focus on environmentally sustainable economic development; and the restoration of a competitive Italian corporate landscape.

2017 was a busy year for Japan; they released a VNR, spent 0.228% of their GNI on ODA (about US$11.5 billion) and created a cabinet-level body known as the SDGs Promotion Headquarters to implement the 2030 agenda. As part of the ‘SDGs Implementation Guiding Principles’, the document that outlines the country’s domestic strategy, Japan grouped the SDGs into eight priority areas: Empowerment of All People; Achievement of Good Health and Longevity; Creating Growth Markets; Sustainable and Resilient Land Use; Energy Conservation; Conservation of Environment; Achieving Peaceful, Safe and Secure Societies; and Strengthening the Means and Frameworks for the Implementation of the SDGs.

The United Kingdom of Great Britain and Northern Ireland

The UK and Northern Ireland are issuing their VNR this year under the auspices of the Secretary of State for International Development and are presenting at the High Level Political Forum in July. They spent US$18.1 billion on ODA in 2017, or 0.699% GNI, more than any other G7 country in terms of percent of GNI. The Department for International Development works to coordinate policy-making regarding the SDGs, viewing injustice, climate change, affordable housing, mental health and supporting an aging population as the most pressing domestic challenges.

The United States of America

The United States has not yet issued a VNR. However, the country spent US$34.1 billion or 0.177% GNI in 2017 on ODA, more than any other G7 country in terms of USD spent. It remains unclear though, if the U.S. has a domestic strategy for the 2030 agenda, as there is currently no statement on the SDG Knowledge Platform to indicate their commitment. A collection of statements previously presented at various UN functions does exist, but the statements focus on specific goals or initiatives, rather than indicating a national strategy for SDG achievement.

The Sustainable Development Goals address global problems by providing a roadmap to creative solutions. The success of the SDGs is contingent upon how countries use the goals to acknowledge domestic problems, build on existing policy initiatives and innovate for emerging development concerns. Hence, voluntary reporting is an important tool for nations to communicate their commitments to the goals within their borders.

Global development is often perceived as a matter that only applies to developing countries, however, the SDGs are applicable to all countries for a reason. For example, highly developed industrialized countries, like the G7, produce high carbon footprints that contribute to the problem of climate change. In fact, the G7 are among the top 20 countries with the highest levels of carbon emissions. SDGs 7, 12, 13, 14 and 15 provide targets and indicators to track progress issues like clean energy, responsible consumption, climate action and saving water or land biomes from destruction. Additionally, economic growth, employment and inequality were common concerns in the VNRs we examined; various SDGs, including 5, 8 and 10, not only target these areas, but also acknowledge the intersection between all three.

Even among claims that the G7 are not doing enough to accomplish the SDGs by the 2030 date, it is encouraging that most of the countries took advantage of the SDG framework as a way to focus domestic policy. It is alarming, however, that the United States has taken no such action. Despite being one of the wealthiest nations in the world, the UN’s Special Rapporteur on Extreme Poverty’s report reveals that, within the U.S., poverty and inequality are rampant. The report highlights that, in the developed world, the U.S. has the highest infant mortality rate, the highest prevalence of obesity, higher levels of inequality and youth poverty, among many other disturbing indicators.

Without diminishing the progress and indications of commitment to date from the G7 countries to the 2030 Agenda, much remains to be done. As global leaders, the commitment to the SDGs of these influential countries has an immense impact on the rate of adoption by the rest of the world. A lack of commitment on their part, and particularly that of the United States, sends the message that the most advanced countries in the world aren’t committed to implementing the goals, which undermines the universal spirit of the agreement. There’s still time to make a different impression.

Edda Pleitez is a student at the University of Texas, Austin and 2019 GFI Summer Intern.