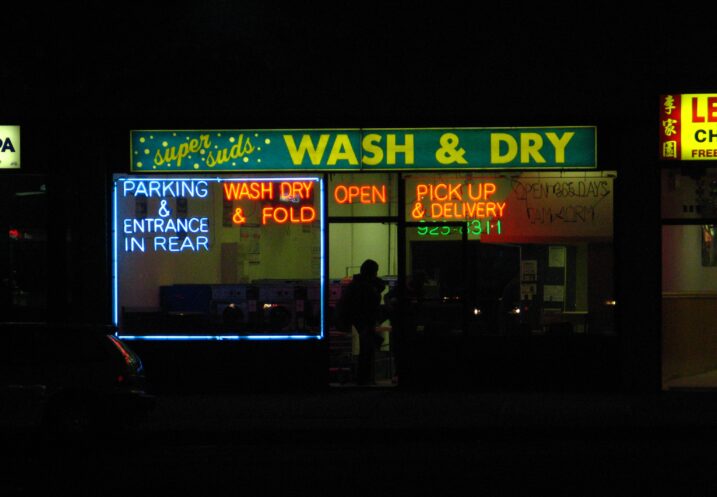 by John A. Cassara

John Cassara is a former US Treasury Special Agent and is on the Board of Directors of Global Financial Integrity. He has written numerous articles and books on money laundering and threat finance. His latest book, Money Laundering and Illicit Financial Flows: Follow the Money and Value Trails, is now available on Amazon. More information is available at www.JohnCassara.com.

Outside crimes of passion like murder, the typical motivating factor for criminals, criminal organizations, kleptocrats and some businesses and corporations is greed. It is an intrinsic part of the human condition and in today’s increasingly interconnected world, the manifestations of unconstrained criminal acquisitions are felt on all levels of society – politically, socially, economically and even culturally. The effects are pernicious, undermining the economic and political stability of countries as inequality swells in nations around the world.

On the local level, people can see the impact of greed on their communities. In the United States, the opioid, methamphetamine, heroin and cocaine epidemics have been devastating. Currently, gang violence, financial fraud, the proliferation of counterfeit goods, fraud in government contracting, corruption, identity theft, social benefits fraud, internet scams and ransomware attacks and a plethora of other crimes affecting daily lives. The individual human costs are staggering. Collectively, this criminal greed is taking a massive toll on societal values and norms.

Law enforcement, policymakers and the media often get distracted with the immediacy of criminal behavior. With 60-second video clips on the evening news discussing the lurid details of sex trafficking, families torn apart by drugs or gang violence, citizens and politicians become alarmed. Law enforcement reacts and cracks down, but the criminal organizations re-group and move on. It’s a vicious cycle.

Financial crimes and abusive tax evasion practiced by elites also contribute to the deterioration of societal relations. Worldwide, distrust in financial elites has reached an apex, coupled with (if not driven by) a multiple high-level corruption scandals and a corresponding absence of accountability. Corruption is a great facilitator. Increasing anger and systematic inequality are common themes in both advanced and developing economies.

The range and magnitude of transnational organized criminal activity that generates illicit financial flows are increasing. For example, human trafficking, wildlife trafficking, intellectual property rights violations, weapons proliferation, environmental and natural resource degradation and exploitation are all unfortunate indicators of greed that are facilitated by our increasingly globalized world.

Common sense, criminal science and criminals themselves all point that the aim of these activities is not the crime itself – but the proceeds of crime. Criminals and criminal organizations do not traffic in narcotics, people and weapons for the sake of the criminal act. They do not engage in scams and fraud to make innocents suffer. Elephants are not being slaughtered in Africa for bloodlust. They engage in illegal behavior because of the money the criminal actions generate. When notorious bank robber Willie Sutton was asked why he pursued his chosen career, he reportedly replied, “I rob banks because that’s where the money is.”  The same is true for organized crime groups. They engage in crime for the money. It’s a simple truism, but it is often overlooked.

Fifty years ago, following the announcement of the ‘War on Drugs,’ the US Congress started passing a series of laws buttressed by rules and regulations designed to promote financial transparency and aid criminal investigators to follow the dirty money trails. Today, about 19 million pieces of financial intelligence are filed by financial institutions and money service businesses every year with the US Department of Treasury. Financial transparency reporting requirements are now mandatory in many countries around the world, and yet, these and other countermeasures have proven ineffective in controlling the laundering of dirty money.

Money laundering is the hiding or disguising of the proceeds of any form of criminal activity. The keyword in the definition is “any.” It is much more than simply narcotics trafficking. The United States recognizes hundreds of predicate offenses or specified unlawful activities to charge money laundering. The international standard is “all serious crimes.”

In round numbers, the proceeds of international crime (excluding tax evasion) generate about US$4 trillion a year. Out of that amount, domestic and international law enforcement recover less than one percent. Meanwhile, government and industry anti-money laundering countermeasures and compliance programs cost in multi-tens of billions of dollars every year – far more than is being recovered. Examining the data, Raymond Baker, Founding President of Global Financial Integrity (GFI), commented “Total failure is just a decimal point away.”

The twenty-first century poses ever greater challenges due to advancements in technology and transnational quality of actors. Global commercial and informational connectivity increasingly permit a lucrative criminal economy. Quantum cloud encryption may revolutionize business, but it may also revolutionize criminal activity. Social media and encryption are being used by criminal organizations. The current rate of data creation has us doubling the world’s data every two years.  There is a concurrent revolution in advanced analytics. In other words, we are enjoying technological developments, but so are criminals and other nefarious actors.

There is reason for hope. Congress is starting to realize that our anti-money laundering countermeasures are not effective. This is exemplified by bipartisan legislation promoted by the Financial Accountability and Corporate Transparency (FACT) Coalition, GFI and other actors to update federal anti-money laundering laws and end the incorporation of anonymous companies in the United States. Yet, even if that modest step is enacted, we continue to have our work cut out for us. As Ron Pol, a respected anti-money laundering researcher said, “Anti-money laundering [legislation] is the least effective of any anti-crime measure, anywhere.” That’s a powerful statement and, unfortunately, one that rings true.

It is long overdue to fundamentally re-think the entire US anti-money laundering strategy. Hard won lessons point the way forward. Increasing data, transparency and harnessing the incredible advances in technology can help improve tracking and monitoring mechanisms. An emphasis on following the money and seizing criminal assets, rather than focusing on products and participants would also go a long way. Additionally, individuals, criminal organizations, businesses and even countries that cheat and engage in illicit activity must be held accountable. The uncontrolled hemorrhaging of illicit financial flows and scarce capital from developing countries that exacerbates social, political and economic tensions must be combatted with renewed global and national commitment and coordination.

By making progress in seizing the proceeds of crime, advancements can be made in diminishing the rising levels of anger and feelings of helplessness, injustice and inequality so many of the world’s citizens are experiencing today. What could matter more?

John Cassara is a former US Treasury Special Agent and is on the Board of Directors of Global Financial Integrity. He has written numerous articles and books on money laundering and threat finance. His latest book, Money Laundering and Illicit Financial Flows: Follow the Money and Value Trails, is now available on Amazon. More information is available at www.JohnCassara.com.