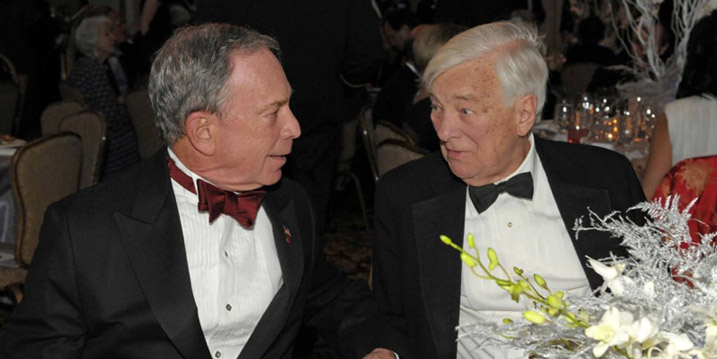 “A True Statesman and an American Hero”

WASHINGTON, DC – Global Financial Integrity (GFI) praised John C. Whitehead, a longtime member of the organization’s Advisory Board, as a true American hero and champion of ethics on Wall Street upon his passing at the age of 92 on Saturday. A World War II veteran, who commanded a D-Day landing craft ferrying troops to Omaha Beach, Mr. Whitehead went on to lead Goldman Sachs and the Federal Reserve Bank of New York before serving as Deputy U.S. Secretary of State under President Ronald Reagan. Mr. Whitehead most recently led efforts to help rebuild Manhattan following the September 11th terrorist attacks and served as Chairman of the World Trade Center Memorial Foundation.

“John was a true Statesman and an American Hero. Whether on the beaches of Normandy, in the halls of the State Department, or at the World Trade Center Memorial, John was always there to serve his country with honor and distinction. He carried this integrity with him to the streets of Lower Manhattan, where he led Goldman Sachs and the Federal Reserve Bank of New York. A banker at the pinnacle of his industry, John understood the need for change in global finance. He saw the damaging effect that tax haven secrecy, money laundering, crime, and corruption took on developing countries, and he was one of the first people to sign up to advise GFI at its inception nine years ago. John has been a good friend and an excellent human being. His strong principles, service, and ethics will be sorely missed.”