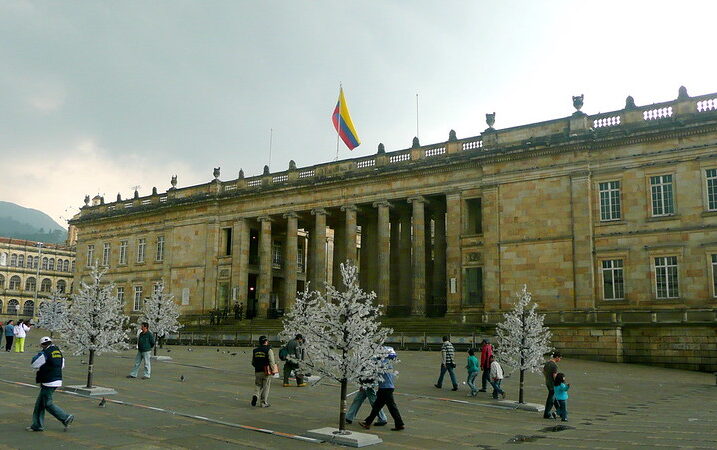 In October 2020, the Vice Presidency of the Republic of Colombia, alongside the Secretary of Transparency and more than 25 government entities, introduced Bill 341, the ‘’Anti-Corruption Bill,’’ in the Colombian Congress. The bill calls for the creation of a beneficial ownership registry (in Spanish, Registro Único de Beneficiarios Finales or “RUB’’), which would represent an unprecedented step forward for the country in terms of transparency and the fight against corruption.

The ‘’beneficial owner’’ is the person or persons who truly control and benefit from a company. When this sort of ownership information is not available or is not accurate, it can open the door for corporate structures to be used as vehicles for illicit activities or illicit financial flows.

The bill, which is currently working its way through the Senate of the Republic and awaits a second debate in the Plenary, has undergone various modifications since it was first introduced. While these changes have impacted whistleblower protections, among other things, the beneficial ownership registry remains included.

Several organizations have published analysis of the bill aimed at promoting meaningful legislation that enables the identification of the real owners of companies and avoids loopholes that allow continued opacity surrounding corporate structures including trust societies, trusts, and corporations (in Spanish, sociedades fiduciarias, fideicomisos and sociedades anónimas).

To the surprise of many, Colombia’s new tax reform bill, introduced in July 2021, also includes beneficial ownership, this time as part of an effort to combat tax evasion. The bill retains the concept included in Bill 341, along with several general provisions related to implementation.

The new tax reform, proposed by Finance Minister José Manuel Restrepo, is presented as a compromise between various economic sectors and appears to be less regressive in terms of taxes on the middle class than previous versions. It is important to recall that the first tax reform put forth to address the country’s fiscal crisis generated significant social upheaval that ultimately resulted in human rights violations, deaths, increased Covid-19 cases and economic losses, as well as the departure of former Finance Minister Alberto Carrasquilla.

The new tax reform bill aims to raise 15.2 trillion pesos, of which approximately 2.7 trillion would come from tackling tax evasion, thanks to new measures strengthening revenue collection by the Colombian tax authority (in Spanish, Dirección de Impuestos y Aduanas Nacionales, DIAN). In particular, the bill would create a beneficial ownership registry that would specify the natural persons behind corporate structures. This is a particularly relevant move to prevent money laundering and corruption, as well as to strengthen tax justice, since it would provide greater transparency in terms of who is paying taxes.

Analysts have pointed out that this bill would not be sufficient to cover Colombia’s fiscal deficit and that it fails to address structural problems within the tax system. Therefore, it comes as no surprise that the bill has faced a number of modifications: senators and representatives in the Colombian Congress have proposed more than 344 changes.

In this regard, the Colombian government has stated that it intends to introduce a new draft of the bill in coming days. We are pleased to see that this version retains language surrounding the creation of a beneficial ownership registry as a key means to address tax evasion and strengthen the fight against corruption. Moreover, it includes provisions to increase tax collection while differentiating the fiscal contributions of the private sector so as to protect small and medium businesses, one of the most controversial aspects of the previous draft.

We hope that through one of these legislative efforts – either the tax reform or the anti-corruption bill – Colombia continues to strengthen DIAN’s oversight of companies. Unifying Colombia’s various definitions of beneficial ownership and creating a specific registry can play an important role in promoting transparency, economic development, and tax justice.

That said, many questions remain. What information will companies be required to present, when they register? How can Colombia avoid opacity and promote transparency within trusts and anonymous companies, which can use legal representatives or agents during the registration process? Which persons or entities would manage beneficial ownership information? Would banks and financial institutions have access, as part of anti-money laundering (AML) efforts?

Going forward, it will be important to address these and other questions during the legislative debate surrounding the tax reform and during the implementation of the register. At Global Financial Integrity, we will be closely following these developments and any recommendations that can be made, drawing on lessons learned from other countries around the world, to strengthen beneficial ownership transparency in Colombia.