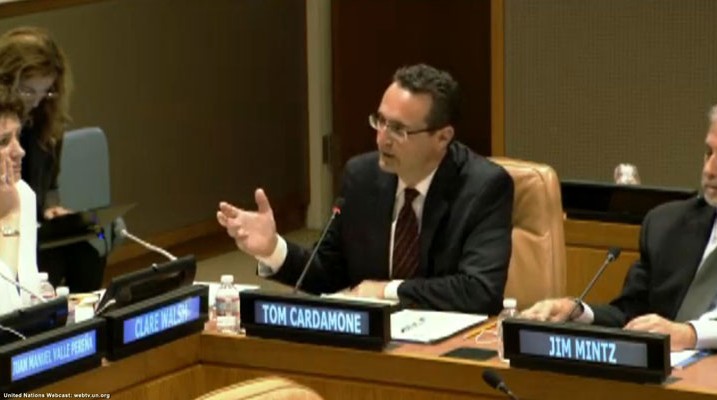 On September 24th, tucked away in a quiet conference room in the basement of the UN General Assembly building, an extraordinary conversation took place on the future of global development.  But, despite the gathering of representatives from the OECD, UN, World Bank, USAID and the Mexican, Australian, and Nigerian governments, the event received exactly zero media coverage.

Titled “Curbing Illicit Financial Flows for Domestic Resource Mobilization and Sustainable Development in the Post-2015 Era,” the focal point of the two-hour discussion was how the international community could, as the program description put it, “identify concrete international actions needed” to curtail illicit financial flows out of developing country economies.  While other events were given more airtime and other issues may require more immediate attention, some ideas presented at the panel could be transformational in terms of how countries address the scourge of illicit flows and how the development agenda is funded.

With close to US$1 trillion in illicit capital being siphoned out of developing country economies as of 2011 (the last year for which data are available) and the countdown to the Post-2015 agenda underway, illicit financial flows have, according to the OECD, been pushed to “the forefront of the international agenda.”  It is this understanding of the problem, along with similar sentiments by the UN System Task Team on Sustainable Development and by the World Bank Group, that have driven the momentum (i.e. “the Big Mo”) to address IFFs at this level.

To be sure, the momentum has been slowly building for years.  The G20, in its 2009 Pittsburgh Final Declaration noted that it would commit “to take new steps to increase access to food, fuel, and finance among the world’s poorest while clamping down on illicit outflows,” a sentiment it reiterated in Cannes in 2011, and in Los Cabos in 2012.  By 2013, the UN’s High-Level Panel of Eminent Persons said that the international community needed to “crack down on illicit capital flows.”  And, most recently, the UN Open Working Group included a target to reduce illicit flows in its report to Ban Ki-Moon, and one outcome of the US-Africa Leader’s Summit in August was a commitment to create “a joint high-level working group” to address IFFs.

For its part the World Bank, during its annual meetings in mid-October, will host its own event (featuring GFI President Raymond Baker) on illicit flows, thereby pushing the agenda even further.  And with the continuing drumbeat comes the opportunity to take decisive action.  More on that tomorrow…