HomeBlogIllicit Financial FlowsAround the halls: GFI’s top picks for what to read and watch during quarantine

Around the halls: GFI’s top picks for what to read and watch during quarantine 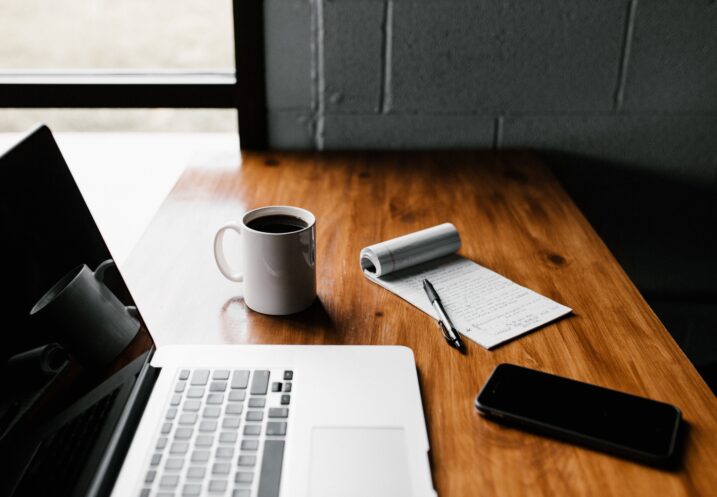 As much of the world experiences life under quarantine from COVID-19, the team at Global Financial Integrity share our top picks for the books, TV shows, movies and long-form journalism examining illicit financial flows (IFFs) from multiple angles. Check out our recommendations below and let us know what you’re watching and reading on IFFs these days – tweet at us: @IllicitFlows

What does corruption look like in America? Now is a great time to (re)watch HBO’s The Wire, tracing the movement of the illegal drug trade through Baltimore, as seen through the eyes of law enforcement, drug traffickers and users. The lines between good and bad, crime and punishment are blurred as the show moves through the story and perspectives of different players in and outside the criminal justice system. The Wire is widely considered to be among the greatest shows ever made, and you can check out clips from the show in GFI’s YouTube video explainer ‘Money Laundering, Explained‘, along with scenes from Lethal Weapon and Breaking Bad.

“Operation Odessa” was a multi-agency task force that was originally put together to investigate Russian and Eastern European criminal activity in Miami in the 1980s and 1990s; of particular concern was the threat that could arise to South Florida and the United States if Colombian dope money was combined with the Russians’ military hardware. In the mid-1990s, the task force uncovered a plot to sell a Soviet submarine to a Colombian drug cartel for US$35 million. Through interviews with the main players – the mobsters, smugglers, traffickers, “businessmen” – and law enforcement, as well as audio and video recordings, the documentary provides an entertaining, in-depth look that traces how these different players grew in power, connected with each other and the lead up to the deal of a lifetime – and the aftermath.

Like much of the rest of the country, I got sucked into the drama that is “Tiger King: Murder, Mayhem and Madness“. While the series focuses on the larger-than-life personalities and sensational storylines (did Carole kill her husband?), viewers do get a decent glimpse of the exotic animal trade in the United States. The “zoo” (and I use that term very loosely) run by Joe Exotic, as well as those of some of his compatriots, in some ways operate as puppy mills, churning out baby tigers, lions, monkeys and more that can be used for a very limited time as photo props to generate profit for the businesses. After their usefulness has expired, they often end up in poor living conditions such as over-crowded cages, illegally sold to private collectors and zoos, or killed (for which Joe Exotic was later convicted, among other charges), as their expense becomes too great; the lucky ones end up in legitimate sanctuaries. Greater federal and state regulations, as well as increased enforcement and stiffer penalties, are required to control the private ownership of and trade in exotic animals.

One of my favorite recent pieces on the problem of illicit financial flows is a short article in The Guardian (UK) in October 2019, “Shrink the City. It’s the only way to stop the world’s criminals flourishing in the UK,” by Nicholas Shaxson, the acclaimed British author of Treasure Islands (2011) and the more recent The Finance Curse (2019). The article is very useful because it reminds us that the movement of illicit proceeds from such nefarious activities as rigged procurement, outright bribery, embezzlement and the pilfering of state assets from developing countries in Africa, the former Soviet Union, Latin America and Asia is aided and abetted by legal institutions operating in the advanced economies. The article drives home the point that those engaged in such criminal activity can all too easily find accomplices among those in the US and Europe who sell them private jets, yachts and real estate with no questions asked, the “Big Four” accountancy firms who fudge their numbers, not to mention a string of global “banks, schools, universities, football clubs, think tanks and newspapers – and, of course, across our political establishment” who enable the international networks of tax havens and offshore centers that make it all look legal. Shaxson notes that, despite some important successes in recent years, the world still has a long way to go to close down these multiple avenues for illicit financial flows that plague the global economy.

If you haven’t already, there is no better time to watch ‘The Kingmaker‘ – a fascinating look into the life of Imelda Marcos – the former first lady of the Philippines. Marcos, now 85 years old, was the first lady of the Philippines for 21 years and during that time is believed to have illegally acquired a multi-billion dollar fortune through decades of corruption, stealing aid money granted by successive US governments to the Philippines and furthering a culture of brutality and suppressing human rights in the Philippines. The film looks at the rise of Marcos from beauty queen to the upper echelons of political power, whose extravagant lifestyle is reminiscent of Rosmah Mansor, Malaysia’s former first lady involved in the 1MDB scandal. The film goes beyond Marcos’ famous shoe collection that earned her the sobriquet, ‘Marie Antoinette with shoes’ and portrays a woman with  unbridled ambition who was the real power behind the throne. It is believed that the Philippines lost anywhere between US$5 -$10 billion during their rule, and that successive governments have only managed to recover under US$1 billion of that amount. The story of Imelda Marcos is unfortunately not one where justice triumphs; upon return from exile, Marcos was elected to government on four separate occasions and it was only in 2018 after she was guilty of corruption for offenses committed nearly 40 years ago was she prevented from holding public office.

Border communities are often on the front lines of illicit trade. One of the areas that I follow closely is the Guatemalan border with Mexico, an area where I used to work, which is characterized by high levels of poverty and violence and little State presence. This excellent, six-piece series of long-form journalism by El País and El Faro explores border communities such as Playa Grande Ixcán and how they experience the flow of contraband, drugs and migrants passing between Guatemala and Mexico. In one story, Guatemalan authorities attempted to destroy a clandestine airstrip that was being used for drug flights. “All morning, the town of Playa Grande was a sea of pickups and patrol cars. Investigators, soldiers and police officers from the Narcotics Division arrived in town with the intention – and the paperwork – to destroy the airfield. However, dozens of local villagers were waiting for them. They blocked the entrance into the town, and that was that.” The story describes a fine line of existence and co-existence between the local community, criminal groups and the State. Highly recommended.

What does it take to steal US$5 billion? You’ve most likely heard of the 1MDB scandal in Malaysia, in which the state’s 1Malaysia Development Berhad sovereign wealth fund was allegedly used as a slush fund for 27 year-old international playboy Jho Low and then Prime Minister Najib Razak and his family, but how did such a massive fraud succeed and go unnoticed for as long as it did? Tom Wright and Bradley Hope, Wall Street Journal reporters who covered the story as it unraveled, explain the many highs and lows of the 1MDB scandal in their recent book “Billion Dollar Whale.” From the set of the ‘Wolf of Wall Street’ and the top casinos in Las Vegas, to London’s high streets and back to Kuala Lumpur, this captivating book traces corruption as it criss-crosses the world and reveals critical weaknesses in the global financial and banking systems.