HomeBlogCorruptionUnaccountable: The Role of Accountancy Firms in International Financial Scandals

Unaccountable: The Role of Accountancy Firms in International Financial Scandals 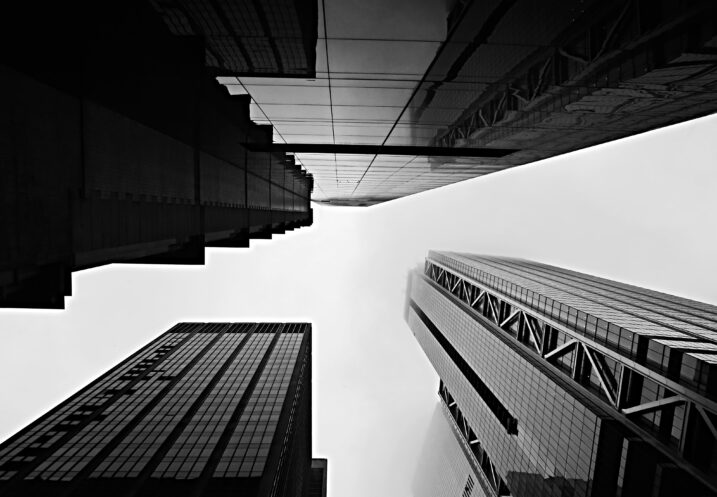 Likewise, ethical standard setting bodies like The International Ethics Standards Board for Accountants (IESBA) also emphasize the duty accountants have to act honestly in the course of their work. In 2005, IESBA produced a Revised Code of Ethics for accountants, stating the five fundamental principles of ethics to the profession are integrity, objectivity, professional competence and due care, confidentiality, and professional behavior – in which “a professional accountant should comply with the relevant laws and regulations and should avoid any action that discredits the profession.”

Despite such exaltations, accountancy firms have not always acted in the public interest, particularly when dealing with high-profile or big spending clients. In this aspect, the role of the so-called Big Four accountancy firms cannot be overlooked. The Big Four, as KPMG, EY, Deloitte and PwC are known, are the preeminent firms of their industry, and when leaders and financial powerhouses like these firms act unethically, it sets a poor example and precedent for their employees and those of smaller firms. A 2019 expose in the Financial Times on the “culture of fear” at the Big Four accountancy firms quoted former PwC director and whistleblower Mauro Botta as saying, “These four institutions are the ones that every investor trusts to report any issues in the companies they audit, such as fraud. By definition, they are meant to be held to a much higher standard. The fact that they are not — everybody should be worried about it.”

The Luanda Leaks, in which PwC was implicated in assisting dos Santos’ international swindle, is not the first major financial scandal where a Big Four accountancy firm surfaced. In fact, other instances have abounded in Denmark, the United Arab Emirates, Malaysia and Mauritius, to name a few.

Since the first public reports in 2017, Denmark has been roiled by the massive money laundering scandal at the eponymous Danske Bank, where between 2007 and 2015, over EU€200 billion in suspicious transactions passed through the bank’s Estonia branch. The scandal has been referred to by the Financial Times as “one of the world’s biggest money laundering scandals” ever. EY served as the bank’s auditor during 2014, one of the principle years of the scam. In January 2020, it was revealed  the Danish Business Authority has reported the EY Copenhagen branch to Danish police over their suspiciously sub-par auditing work. The investigation is ongoing.

An October 2019 investigation by the BBC revealed the involvement of major accountancy firm EY in a gold smuggling, organized crime and money laundering operation spanning the UK and the United Arab Emirates. In order to launder drug money collected from dealers in the UK and other European countries, an organized criminal group bought and sold black market gold to the Kaloti refinery in Dubai. EY was tasked with auditing Kaloti, but despite discovering that the company had paid out US$5.2 billion in cash for gold in 2012 alone, the auditors did not report the suspicious activity. In fact, EY management watered down its reports, ignoring the concerns of the team’s lead auditor. Indeed, the BBC emphasized that “EY failed to report suspicious activity at one of the world’s largest gold refineries and then altered a compliance report to hide the crime.”

In a particularly egregious misstep, Deloitte auditors failed to report suspicion transactions in financial reviews of the 1Malyasia Development Berhad (1MDB) sovereign wealth fund scandal, in which billions of dollars were illegally “siphoned out of state coffers” by a cabal of insiders to fund luxury purchases of real estate, jewelry, parties, Hollywood films, a superyacht and more. Malaysia has been grappling with the fallout ever since, as attempts to hold those responsible work their way through the courts. The scandal’s principal mastermind Jho Low has not been apprehended and continues to elude justice.

It is important to note that stolen state funds are notoriously difficult to repatriate after they have embezzled. The World Bank noted in a 2010 study that “only a fraction of the amount lost to developing countries through corruption” is ever returned. The US Department of Justice announced in October 2019 it has helped recover over US$1 billion in assets linked to the 1MDB fraud, but much of it is in the form of luxury US real estate and other “business investments” made by Low. Of that amount, approximately US$196 million has been repatriated to Malaysia by the US government, along with an additional US$126 million recovered from the sale of Low’s yacht.

The Mauritius Leaks, another blockbuster ICIJ investigation published in July 2019 revealed the role KMPG played in assisting corporate tax avoidance in Uganda, a nation where “more than 40 percent of the population lives on less than US$2 a day.” The series also revealed that both KPMG and EY were employed by the US based, multibillion-dollar aircraft company Aircastle to manage the accounts of a series of shell companies it established in Mauritius, which ultimately helped the company avoid paying millions of dollars in taxes it would have otherwise owed in the United States. 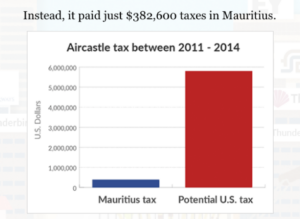 While tax avoidance is not illegal, it is arguable that it is also not within the public interest to help major multinational corporations avoid paying local taxes. Tax revenues constitute an essential component for developing country government budgets, and when they are not collected, that is money that cannot be spent on funding economic development or social programs. After all, as one Ugandan tax official told the ICIJ, “One little wad of cash can be the difference between a poor country building big infrastructure or not.”

To prevent accountancy firms from facilitating any further international financial scandals, the penalties for wrongdoing should be substantially increased to include significantly higher monetary fines, potential jail time and the possibility of charter revocation.

It is critical to consider the value firms stand to gain from these taking on these contracts versus the amount they are likely to face in fines, should they ever be incurred. PwC reportedly made “millions in fees advising companies linked to Dos Santos or her husband.” The firm has yet to be fined for its work on these contracts, but by comparison, fines applied for malfeasance are typically paltry compared to annual earnings. For example in 2019, Deloitte was fined the maximum amount possible for failing to spot oddities in the 1MDB records – about US$536,000. For reference, Deloitte reported US$46.2 billion in revenue that same year. Fines for wrongdoing must be substantially increased as to pose real financial consequences to firms, or their involvement in international financial scandals will continue unabated.

The threat of potential prison sentences would likely also serve as a significant detriment for those considering looking the other way for a big spending client. As of yet, no accountant has been handed a jail sentence for their involvement in any of the international financial scandals examined for this piece.

Charter revocation could also serve as a powerful incentive to avoid financial and accountancy wrongdoing. Jacques Wessels, a former partner at KPMG, was removed from South Africa’s auditor registry after admitting misconduct while responsible “for auditing Linkway, a Gupta-owned company at the center of claims the family used a state-funded dairy project to launder money.” To really make a point, officials should consider going further than removing individual auditors and instead consider restricting the access of whole firms to operate in their countries.

The role of accountancy firms, the Big Four and others, in enabling massive thefts of public money must not be ignored. The fact that all four of the major accountancy firms are based in the United States and Europe also signals the pervasive involvement of Western professionals in enabling international corruption. As Oliver Bullough noted in 2016, “Western bankers, lawyers, real estate agents, accountants and the like are a critical part of the problem, and that makes the problems ours as well.” Indeed, enabling corruption and illicit spending is not an “out there” problem, but a “right here” problem. The reported shock and disappointment of the global chairman of PwC in response to the Luanda Leaks is not enough. Accountancy firms, and the Big Four in particular, must reflect on the practices and professional culture that has made these international financial scandals possible, and pivot to new ways of doing business.

After all, if even accountants are unaccountable in their practice, what hope can there of curbing international corruption?