HomeBlogNatural ResourcesTransparency is Key to Environmental Protection: Why Peru Should Ratify the Escazu Agreement

Transparency is Key to Environmental Protection: Why Peru Should Ratify the Escazu Agreement 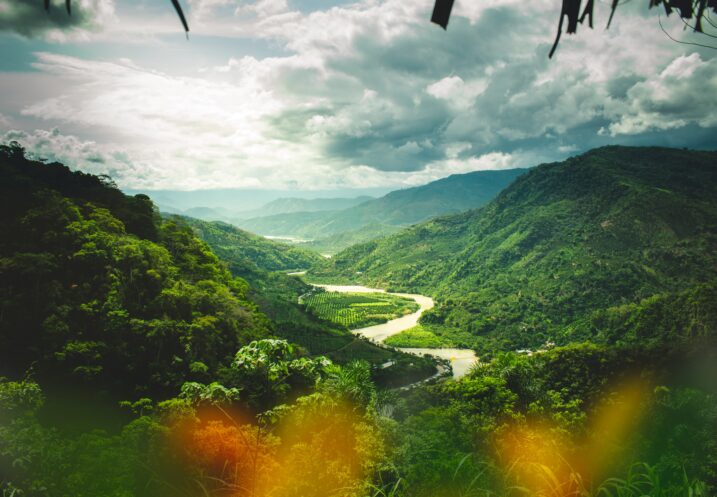 “Peru is a beggar sitting on a gold bench,” it is sometimes said. The country possesses a wide variety of natural resources, which, with sustainable and transparent use, could help the country escape poverty and preserve the environment. Unfortunately, the reality is quite different. Corruption, lack of transparency and a breakdown in dialogue often lead to negative environmental outcomes, including clashes between communities and extractive companies.

In Peru, it is common for the extraction of natural resources to generate socio-environmental conflicts. According to a report by the Ombudsman’s Office, there are 194 conflicts in the country, most of them centered in the mining sector. These clashes result in the suspension of projects or their execution by force. In some cases, deaths occur due to confrontation between mining companies and community members. The repression of local environmental movements also generates victims.

Government corruption contributes to these problems. One of the most emblematic cases is the construction of the Southern Inter-Oceanic Highway by the Brazilian construction company Odebrecht. During the government of President Alejandro Toledo, the project was rushed through with alleged bribes, ignoring environmental and social impact studies. The result was accelerated deforestation of the Madre de Dios, an influx of illegal miners, drug trafficking, and illegal logging.

In response to the socio-environmental problems that have arisen, a series of laws were enacted, including Law N°28611, Law N°29263, and Law N°29785. The first law establishes a general framework for environmental regulation within Peru. The second focuses on the modification of the Peruvian Penal Code, with harsher penalties for those who break environmental laws. The third law seeks to promote the inclusive participation of communities in extractive projects. While legislative tools exist, they have not proven to be sufficiently successful to date. Hence, the need to seek more effective measures to resolve socio-environmental conflicts.

The Escazu Agreement offers an important option. In 2018 in Escazú, Costa Rica, a group of countries in the region established an agreement following Principle N°10 of the 1992 Rio de Janeiro Declaration. The so-called Escazú Agreement aims to, “effectively implement…the rights of access to environmental information, [the] public participation in environmental decision-making processes and access to justice in environmental matters.” As a result, it is expected to, “reduce levels of corruption…[and] increase transparency surrounding investments.” This agreement is not only supported by many Latin American countries, but also by the European Union and the OECD.

While Peru has signed the Escazú Agreement, implementation is still a pending task. This would include enforcing already-established national norms, protecting environmental leaders, facilitating the participation of vulnerable groups, and strengthening the Guiding Principles on Business and Human Rights. On the first point, it would improve environmental justice by, “establishing minimum standards in administrative and judicial instances.” On the second point, it would “guarantee a safe and adequate environment…so that [environmental leaders] can act without threats, restrictions and insecurity.” Regarding the third point, it would “consolidate the information systems that exist in the country, as well as the participation mechanisms in charge of the different ministries.” Finally, it would encourage “public and private companies to prepare sustainability reports that reflect their social and environmental performance.” As a result, this agreement would help to promote sustainable investments.

Although the Escazú Agreement offers benefits for the environment and communities, the Foreign Relations Commission of the Peruvian Congress decided to shelve ratification, arguing that the agreement would violate the country’s sovereignty. But experts and some officials say otherwise. Fabiola Muñoz, former Minister of the Environment, commented that the Agreement “strengthens Peru’s position on environmental issues by ensuring the permanent principle of sovereignty of the signatory States in the fight against corruption.”

Other stakeholders have voiced support as well. The Ministry of Foreign Affairs published a favorable report, and several foreign ministers have expressed support. During his term in 2020, former Foreign Minister Mario Lopez “was in favor of the ratification of the Escazú Agreement.” Likewise, Óscar Maúrtua, while president of the Peruvian Society of International Law and former foreign minister, noted that “the agreement [would] strengthen the sovereignty of States by rooting it in democratic procedures.” In his brief tenure as Foreign Minister, Héctor Béjar also expressed his support for Peru’s incorporation into the Escazú Agreement. With Maúrtua’s return to the ministry, the debate is expected to gain momentum.

Peru’s natural resources are an important asset, and greater transparency can help to ensure that their use is responsible and sustainable.

Rodrigo Taipe was a summer 2021 intern at GFI and is a graduate of the University of Lima, where he studied Law.