The Direction of Illegal, Unregulated, and Unreported Fishing 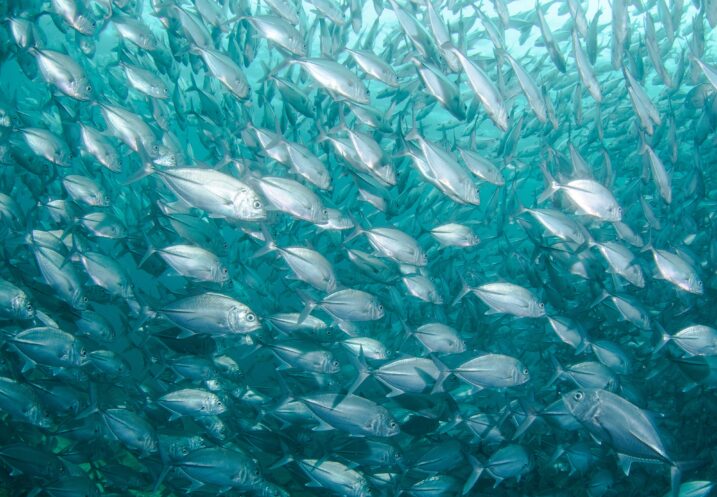 Illegal, unregulated, and unreported (IUU) fishing covers illicit activities ranging from, but not limited to, non-approved foreign countries fishing in the waters of other nations, actors misrepresenting their fishing activity or catch, to actors knowingly fishing to the detriment of the ecosystem.

The resulting unsustainable extraction of fish causes damage to the ecologies, livelihoods, and even food security of coastal and rural areas of developing countries. According to the Transnational Crime and the Developing World Study by Global Financial Integrity, these countries, as is often the case with illicit activities, “bear the greatest burden” of IUU fishing.

IUU fishing is an industry that gains most of its annual value (US$10B to US$36.5B) at the expense of lower-income countries and to the benefit of higher-income nations. A 2018 study by McCauley et al. analyzes this relationship by employing automatic identification systems (AIS) data. AIS is a tracking system that records vessel information and has been utilized to fight IUU fishing, but has proven fallible since vessels can simply choose to withhold AIS data at their benefit.

The study found that “globally, 97% of all industrial fishing efforts detectable using AIS (on the high seas and within [exclusive economic zones]) come from vessels flagged to higher-income nations.” China, Taiwan, Japan, South Korea, and Spain are responsible for the majority of this fishing, though China argues that it is still a developing nation.

Some have referred to this unequal capture and use of marine resources by wealthier nations as “marine colonialism,” a phenomenon that occurs despite the apparent unprofitability for high-income countries to fish abroad. Another 2018 study explains that the fishing data may simply seem unprofitable due to actors misinvoicing or underreporting their catches.

The primary drivers for the migration of fishing locations into the waters of lower-income countries are exhaustion of fish stocks in home waters, guarantees of cheap labor abroad, and very little legal risk. Low-income countries are particularly susceptible to hosting IUU fishing activities in their waters due to characteristics such as weak legislation, poor governance, and a complex overlap of indicators like poverty and a dearth of alternative economic opportunities for local populations.

This exploitative relationship is rooted in rising demands within a fundamentally unequal global economy. InSight Crime reported on an Ecuadorian seizure of shark fins from 30,000 killed sharks, implicating the demand for shark fins in Asia—a region with a quickly growing middle class and pool of wealth—as the impetus. In many Latin American countries, local populations of highly valued species like squid, totoaba, and sea cucumber are being decimated, illuminating the way that demand from wealthier regions can encourage over-exploitation elsewhere.

However, low-income nations are not always victims. As maritime law expert , Dr. Ian Ralby of I.R. Consilium. explained in a November 2020 interview with Global Financial Integrity, some countries that host foreign IUU fishing in their waters are willing to “turn a blind eye” as a result of different factors, including “checkbook diplomacy,” where unlimited rights to fisheries extraction are essentially traded for development projects on land, or outright corruption.

While Chinese fishing fleets have been active in the high-seas and some EEZs of Latin America and the Caribbean, their activity, at least by some analysts, has been deemed unprofitable—state subsidies and other monetary support notwithstanding. In an in-depth investigation into China’s presence on the high seas off the Galapagos, Dr. Ralby and co-author, Dr. Tabitha Mallory, examined the possible drivers behind this seemingly unprofitable activity. They illustrate that China’s domination of waters can largely be attributed to “shifts in Chinese fisheries policy” geared toward meeting Chinese food security, economic and geopolitical interests.

The Chinese government has adapted its national strategy to control all steps of the supply chain, in turn greatly reducing their seafood imports and encouraging production by China’s own fleet. This strategy includes issuing only a distant water or domestic fishing license. Ultimately, there is no longer a purely domestic policy, as the effects of China’s national policies are felt around the globe.

So far, common efforts to fight IUU fishing, such as creating registries and mandating AIS and VMS tracking, have depended on the compliance of responsible individuals and companies, and often fall short of intentions. Given the complicated nature of IUU fishing and its roots in global economic inequalities, solutions need to be holistic.

Dr. Ralby believes that the necessary strategy for combating IUU fishing involves increasing capacity, capability, authority, jurisdiction, legal frameworks and above all, political will. In the case of low-income countries, this can take the form of first researching and subsequently educating about the true value of the environmental and natural resources, teaming up regionally to share data, and scrutinizing foreign investment motivations. As multilateral organizations and relatively wealthier countries solidify their footholds in low-income countries during COVID recovery, the last point becomes even more important.

When considering foreign investment opportunities, governments should always question the underlying motivations, as well as their own regulatory abilities. For example, when jurisdictions allow flags of convenience, a scheme allowing other nations to register and fish under the host’s flag and regulations in return for fees and tax revenue, they should consider whether they have the proper complementary policies to monitor the resulting activity.

Moving forward, it is crucial for decision makers to know who really benefits from illegal, unregulated, and unreported fishing activities.

Sue Ryu was a fall 2020 intern with Global Financial Integrity and is a recent graduate of Ohio University, where she studied Economics and Anthropology.