US$620 billion-970 billion drained from developing world in 2014, primarily through trade fraud

Illicit inflows similarly harmful and estimated at $1.4-$2.5 trillion in 2014

WASHINGTON, DC – Illicit financial flows (IFFs) from developing and emerging economies kept pace at nearly US$1 trillion in 2014, according to a study released today by Global Financial Integrity (GFI), a Washington, DC-based research and advisory organization. The report pegs illicit financial outflows at 4.2-6.6 percent of developing country total trade in 2014, the last year for which comprehensive data are available.

“The order of magnitude of these estimates, much more so than their exactitude, warrants serious attention in both the developing countries and the wealthier world,” said GFI President Raymond Baker, a longtime authority on financial opacity. “Years of experience with businesses and governments in the developing world have taught us that the decision to bring illicit flows into a particular developing country often marks only the first phase of a strategy to subsequently move funds out of the country. Together, illicit inflows and outflows sap the crucial financial resources needed to reach the Sustainable Development Goals.” 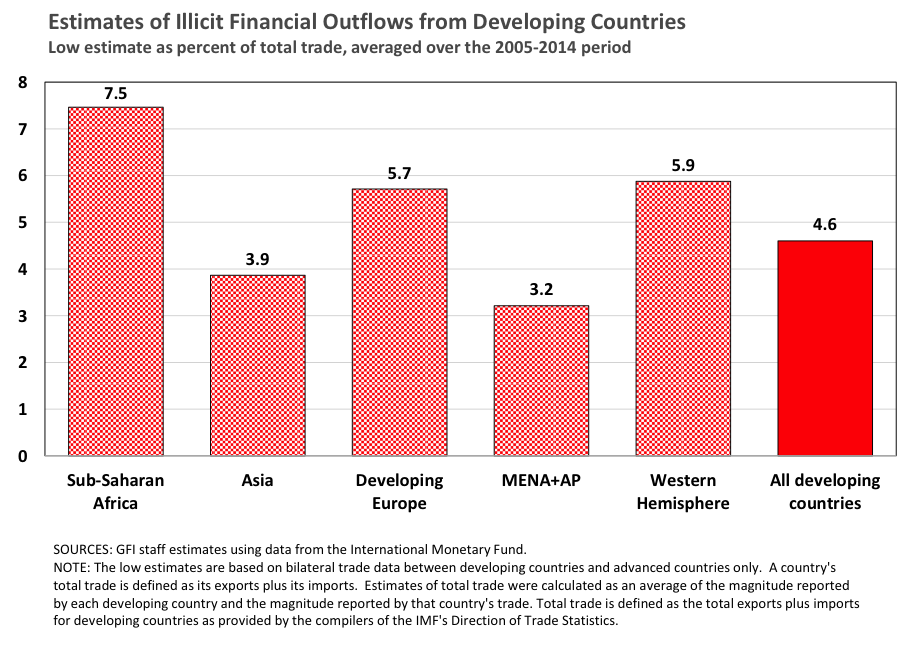 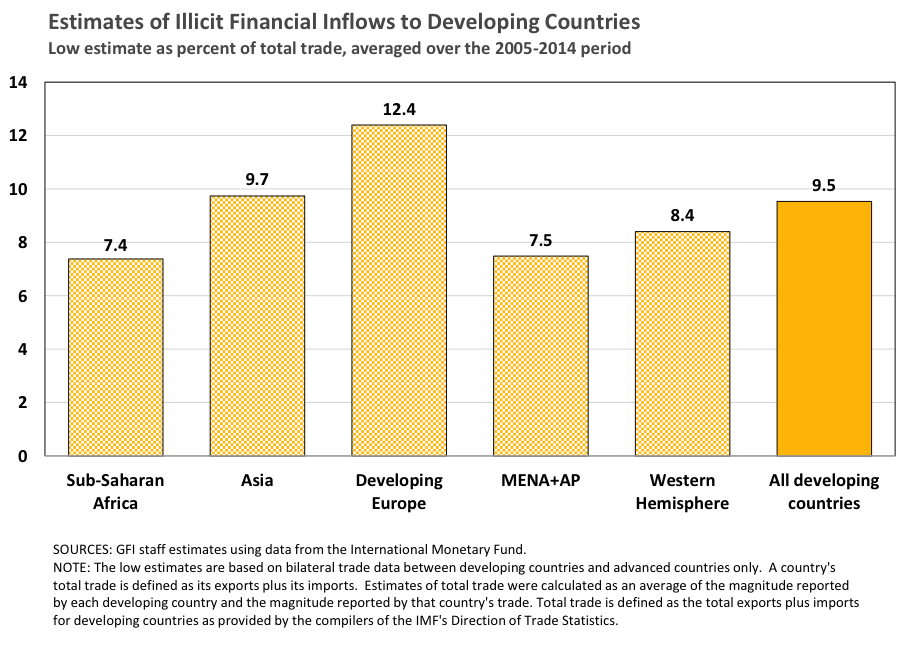 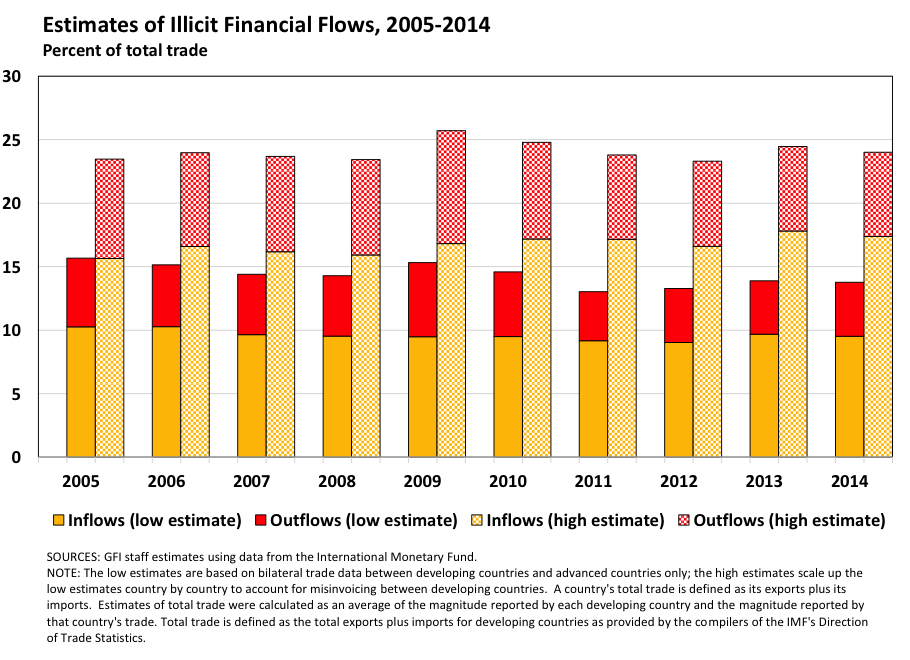 To conduct the study, GFI analyzed discrepancies in bilateral trade statistics and balance of payments data, as reported to the International Monetary Fund, in order to detect flows of capital that are illegally earned, transferred, and/or utilized. Since GFI’s last global report, released December 2015, the estimation methodology has been refined. These revisions generate a lower and upper bound for the estimates and account for several country idiosyncrasies.