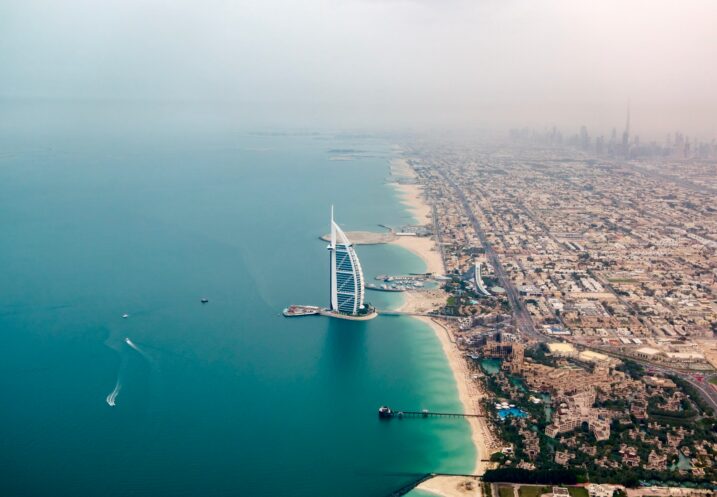 Governments around the world are increasingly turning to free trade zones (FTZs) as a means of promoting economic growth and investment: Ghana recently signed an agreement with Iran to bolster cooperation between their free zones, while the Dubai Multi Commodities Centre announced 1,868 new companies have registered in its free zone in 2018 – an all-time record. Further, last year the tiny country of Djibouti launched Africa’s largest FTZ. Even UK Prime Minister Boris Johnson has announced plans to create up to ten free ports in the UK to offset post-Brexit tariffs and attract investment. But the risks of FTZs are glaring, with the EU discouraging their existence, labelling FTZs as a “new emerging threat” in the world of financial crime.

FTZs – also referred to as special economic zones, free ports, or free zones – can be broadly defined as special economic areas that benefit from tax and duties exemptions. While located geographically within a country, they essentially exist outside its borders for tax purposes. Companies operating within FTZs can benefit from deferring the payment of taxes until their products are moved elsewhere, or can avoid them altogether if they bring in goods to store, or manufacture on site before exporting them again. Understandably, governments from emerging markets have tended to support the existence of FTZs as they offer a variety of incentives to attract export businesses, foreign investment and employment.

But FTZs have a darker side, too. Criminals see them as perfect places to manufacture and transport illicit goods, as controls and checks by authorities are often irregular or absent. Illegal transactions can be easily disguised as legal, using trade-based money laundering (TBML) schemes that are notoriously difficult to detect. If an offshore financial center is thought of as a tax haven for illicit finance; think of an FTZ as a haven for illicit trade (and associated crimes): Customs authorities have little or no oversight of what actually goes on in an FTZ, goods are rarely ever inspected and companies operating in FTZs tend to benefit from low disclosure and transparency requirements. With the number of FTZs around the globe a continuing mystery – some estimate the number at 4,300 – the opacity inherent in the zones is a massive security, crime and tax challenge.

According to the Financial Action Task Force (FATF) – the global standard-setter for anti-money laundering and counter terrorist financing (AML/CTF) regulations – TBML involves the process of disguising the proceeds of crime and moving value through the use of trade transactions in an attempt to legitimize their illicit origins. Indeed, the FATF has classified FTZs as significantly vulnerable to money laundering due to the risk of TBML practices, such as the misrepresentation of the price, quantity or quality of imports or exports, phantom shipments and falsification of invoices. But little guidance or policy recommendations have emerged beyond exploring the nexus between FTZs and illicit trade.

Free trade zones remain one of the weakest links in the fight against dirty money because of how easy it is to engage in the three stages of money laundering: placement, layering and integration. A closer look at some of the largest and well-known FTZs in the world lend testament to these Pandora’s boxes of illicit money.

A multibillion-dollar contraband industry thrives in Ciudad del Este, a Paraguayan city located in the Tri-Border Area (TBA) where Brazil, Paraguay and Argentina meet. With a population of just over 300,000 people, Ciudad del Este is the largest of the cities in the TBA and hosts two FTZs: Zona Franca S.A. Global and Zona Franca International. The vast majority of the products arriving in these two FTZs are re-exported to neighboring Brazil.

It is difficult to estimate the volume of illegal activity passing through the FTZs in Ciudad del Este due to the inherent nature of illicit trade and organized crime. In 2017, Brazilian prosecutor Alexandre Collares Barbosa of the Public Prosecutor’s Office, claimed that the value of illicit trade moved between Ciudad del Este and Brazil was approximately US$18 billion a year, just over half of Paraguay’s GDP. This figure is broadly consistent with more historical figures from the US Federal Research Division, which reported in 2003 that at least US$5 billion – at the time about half of Paraguay’s GDP – was allegedly laundered in Ciudad del Este each year.

Ciudad del Este has earned a reputation for being known as the “largest illicit economy in the Western Hemisphere” for its links to smuggling of drugs, weapons and humans, as well as its reported links to Hezbollah.

But the modus operandi to disguise the proceeds of crime tends to follow similar techniques: some high-priced goods will typically be paid for in US dollars. Large sums of US dollars generated from legal and suspected illicit commercial activity are then transported physically from Paraguay into neighboring countries. From there, the money makes its way to global banking centers via foreign bank accounts, offshore companies and financial assets.

Investigations into these activities were initiated in 2015 and focused on a criminal group composed of five interdependent nuclei that used bank accounts of several offshore companies to receive large amounts of money from individuals and legal entities interested in purchasing contraband goods, drugs and cigarettes from Paraguay. The laundered money was found to be credited to the accounts of companies controlled by a criminal organization and then sent abroad via dollar-cap operations and international payment orders issued by some local Brazilian financial institutions, two of which were liquidated by the Brazilian Central Bank in 2017. These payment orders were made on the basis of grossly fraudulent exchange contracts entered into with offshore companies that were not authorized to engage in foreign exchange trading.

Countless other similar cases can be found in Ciudad del Este, as recently reported by the Miami Herald. In March 2019, Lebanese businessman Nader Mohammed Farhat was extradited to the United States to face charges of money laundering, accused of having run one of the largest illicit currency exchanges in Ciudad del Este. According to the Herald, “’Farhat is a known money launderer for narcotics organizations and other illicit organizations,’ New York federal prosecutor Charles Kelly declared in a court filing.”

The existence of 45 FTZs and two financial free zones – free zones engaged in financial services – has given the United Arab Emirates (UAE) a reputation for being one of the most well-transited points for illicit trade in the world. The FTZs permit full foreign ownership of companies, have no import duties or taxation, allow full repatriation of profits and in many cases, have low disclosure rules. There are over 5,000 multinational companies located in the FTZs and thousands more individual trading companies.

While UAE law prohibits the establishment of shell companies and trusts, the operation of financial entities in FTZs that are not identified, regulated, or supervised for financial activity presents a “significant gap in regulatory oversight,” according to the US State Department, particularly against criminal activities such as arms trafficking, gold smuggling and counterfeit cigarettes.

According to the Organized Crime and Corruption Reporting Project, Albanian organized crime groups have been known to work out of these zones “through hundreds of cigarette traders who legally buy tax-free cigarettes from airports and other duty-free areas.” Using a technique called “sweeping up,” criminal gangs are able to make illicit profits by using trading houses, some of which they control, in order to “buy up the extra cigarettes and combine the surplus into one large shipment to be smuggled into European ports”.

The main pillar behind Panama’s commerce sector is the Colón Free Trade Zone (CFTZ). With its proximity to the Panama Canal – which sees approximately five percent of global trade pass through its locks every year – the CFTZ is the world’s second largest and generated US$620 million in re-exports in 2016.

On occasions, cash couriers have been used in supply chains in order to successfully conduct TBML schemes on behalf of criminal enterprises within the CFTZ. One of the most recent high-profile TBML cases in Panama is Grupo Wisa, a Panamanian-Colombian conglomerate run by the Waked family, who were placed under international sanctions by the US State Department in 2018. Using bulk cash smuggling and/or fake commercial invoicing, couriers declared large sums of cash at the duty-free zone of the Colón airport, for which the Waked family paid US$173 million in 2007 to control. Claiming to bring payments to companies in the CFTZ, the cash was then used for the purchase of goods that were subsequently exported to the money launderers’ jurisdiction, with the proceeds of the sale appearing legitimate.

FTZs are a well-known problem, but no matching policy solutions or controls are currently in place to cope with the threats they pose. Be it lack of will or want, the international community has turned a blind eye to a glaring gap in efforts to curtail illicit financial flows.

For instance, in 2017 it was estimated that approximately 80 percent of global trade was transacted using open account settlement, meaning that in the majority of cases, banks have no knowledge or visibility to the underlying trade transaction they are processing or settling. Indeed, current trade financing regulations are set up in a way that financial institutions “are limited in both the number of opportunities to interdict illicit flows, as well as the practicality of identifying ‘the bad needle.’” Banks are gatekeepers against financial crime, but only insofar as they are required to act in that way. When it comes to facilitating international commercial transactions, they are not.

At a national level, it is crucial that every country with FTZs develops a comprehensive legislation regime in accordance with global standards such as the FATF’s best practices against FTZs and the ‘Declaration of Intent to stop the Maritime transport of counterfeits’ (DOI). The latter was signed in 2016 as a “joint effort between key members of the global shipping industry and brand owners to work together to prevent the transport of counterfeit goods on shipping vessels”, having published in 2018 a set of best practices relating to know-your-customer requirements, due diligence and supply chain integrity in the maritime industry.

While these international efforts are encouraging, implementation is voluntary and non-binding. These global transparency standards need to be enforced by international institutions such as the World Trade Organization (WTO) and the World Customs Organization (WCO), and it needs to be ensured that customs authorities transpose best practices into national law.

In many cases, FTZ are not currently bound by national laws or courts, and often rely on common law as a dispute settlement mechanism. Legislation should also address some key issues of concern regarding transparency and trade data collection. Part of the reason granular knowledge of FTZs is lacking is due to the limited amount of information on trade flows reported in FTZs. Making that information available would help quantify the problem and paint a clearer picture of the trading routes and commodities that pose a high risk.

If we are to see any significant improvements in FTZ governance and oversight, the WTO and WCO should, at the very least, enforce some basic requirements. Stricter measures need to be in place when it comes to issuing trading permits in FTZs, the national customs authority must be physically present and inspection of goods should be carried out routinely in warehouses. The cost of engaging in TBML practices in FTZs should always outweigh the benefits reaped from illicit activities, which means that prosecution of such crimes should be more aggressive, sustained and targeted by authorities.

Until these basic requirements are met, free trade zones will continue to be haven for free crime.