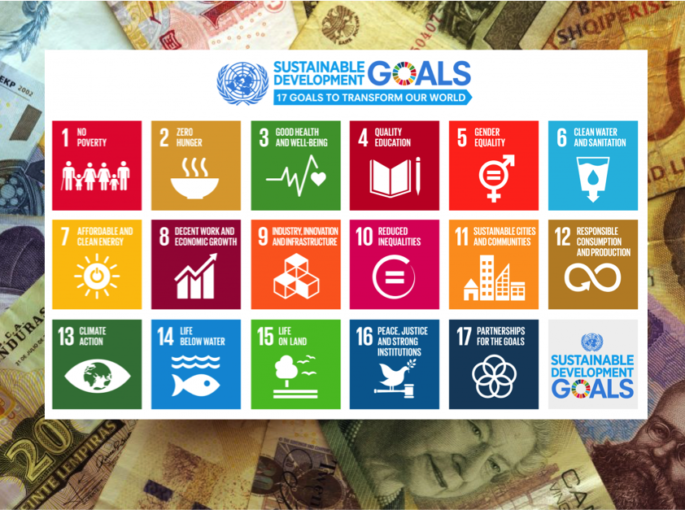 Global Financial Integrity is addressing the key question determining the ability of the global community to achieve Sustainable Development Goals—filling the funding gap. Variously estimated at $1 trillion to $2 trillion annually, this funding shortfall must be met if success is to be reached.

For the international community, this basically means curtailing outflows from and maximizing inflows to emerging market and developing countries.

Policymakers and experts from Africa, Latin America, and Europe will offer views on how to make this happen.

Please plan to join us for this crucially important discussion.

Raymond Baker is the President of Global Financial Integrity and the author of Capitalism’s Achilles Heel: Dirty Money and How to Renew the Free-Market System, published by John Wiley & Sons and cited by the Financial Times as one of the “best business books of 2005.” He has for many years been an internationally respected authority on corruption, money laundering, growth, and foreign policy issues, particularly as they concern emerging market and developing countries and impact western economic and foreign interests. He has written and spoken extensively, testified often before legislative committees in the United States, Canada, the European Union, and the United Kingdom, been quoted worldwide, and has commented frequently on television and radio in the the United States, Europe, Africa, Latin America, and Asia on legislative matters and policy questions, including appearances on ABC News’ Nightline, Al Jazeera, BBC, Bloomberg TV, the CBS Evening News, CNN, NPR, PBS, and Four Corners (ABC1 in Australia), among others.

Dr. Fanwell Kenala Bokosi is the Executive Director at AFRODAD since November 2014; he is responsible for the overall development and delivery of the organisation’s policies and programmes. He also served as the Policy Advisor (Economic Governance and Development) for AFRODAD between December 2009 and January 2013. Dr BOKOSI holds a doctorate in Economics from the University of Kent (UK) as well as a BSc and an MSc in Agricultural Economics from the University of Malawi.

As the Executive Director of AFRODAD, a Pan-African organisation that operates in 23 countries in the continent, he is responsible for the implementation of policies set by the Board of Trustees as well as annual goals and objectives, and financial, programme and administrative management of the organisation. He is a thorough researcher, data analyst and a versatile project manager. He taught in many economics courses at the University of Kent, London School of Accountancy and Management, the Collaborative Masters programme in Economics at the University of Zimbabwe in 2011. In 2014 he taught a PhD course in Quantitative Analysis of Development Policy for the Lilongwe University of Agriculture and Natural Resources (LUANAR) in Malawi.

Dr Bokosi is an experienced manager in economic development. He has worked at middle to senior management levels in Malawi, United Kingdom, Zimbabwe, and Liberia among others in international development organisations such as Save the Children UK, The Hunger Project, ActionAid International and the Council of NGOs in Malawi. His experience and skills include excellent understanding of economic development; policy and advocacy, economic research, economic governance, project management; budgeting and budgetary control; financial and accounts management; monitoring and evaluation systems and procedures; organisational/institutional capacity building; rights based approach to development  and liaison with partners including implementing agencies, donors and government; proposal writing and appraisal, and human resources management among others.

Inés Bustillo is Director of the Washington Office of the United Nations Economic Commission for Latin America and the Caribbean (ECLAC). She joined ECLAC in 1989 as an Economic Affairs Officer and has worked on topics that include macroeconomic analysis, international trade, and finance. Previously, Bustillo was a Professor of Economics at the Universidad Anáhuac (Mexico City), Visiting Faculty at American University, and a consultant to the World Bank, the Center for Latin American and Monetary Studies (CEMLA), and Operadora de Bolsa in Mexico City. Bustillo, a national of Uruguay, earned her M.A. and Ph.D. in Economics from American University.

For two decades he has been an analyst, project director and executive director for, and a consultant to, several non-profit organizations. During his career Cardamone has advocated numerous policy positions on television, radio and in print media including appearances on CNN, CNBC, Canadian Broadcasting among others and in newspapers including The New York Times, The Wall Street Journal, and The Washington Post. He has delivered remarks on various policy issues at the United Nations, the Organization for Economic Cooperation and Development, and testified before the U.S. Senate Committee on Foreign Relations. He also was a contributing author for the book “War or Health: A Reader.”

Mr. Ben Dickinson – Head of the Global Relations and Development Division, Centre for Tax Policy and Administration, Organization for Economic Cooperation and Development

Ben Dickinson is Head of the Global Relations and Development Division in the OECD’s Centre for Tax Policy and Administration. In this role, he is responsible for ensuring developing countries have a voice in OECD tax standard setting and receive the right support to undertake implementation of the Base Erosion and Profit Shifting package. He joined the OECD in 2005 as Head of the Governance and Fragile States Unit in the Development Corporate Directorate, responsible for the Development Assistance Committee’s work on economic governance, conflict, and security matters. He then established the OECD’s horizontal work on taxation and development and illicit financial flows. Prior to joining the OECD, Dickinson worked for the U.K. government as a governance specialist in Kenya, Pakistan, Indonesia, Russia, and Ukraine. He earned his master’s degree in Development Studies from the University of Manchester.

Jon Lomøy has been the Director General of the Norwegian Agency for Development Cooperation (Norad) since
November 2015. Mr. Lomøy came to Norad after 5 years as Director of the OECD Development
Cooperation Directorate.

At OECD, Mr. Lomøy led the work on peer reviews, development finance statistics and general development policy work, including on modernizing ODA. With the Tax Directorate, he initiated a major program on Tax and Development and with the Education Directorate a PISA program for developing countries.

From 1989 to 1996, Mr. Lomøy held senior positions at the Norwegian Agency for Development Cooperation (Norad) headquarters. As Head of the Eastern Africa Division, and Deputy Director and Director of the Africa Department, he was responsible for the management of bilateral development cooperation with Africa and initiated a major reorganisation of the department to decentralise programmes and enhance work on general policy issues.

Mr. Lomøy served as Ambassador of Norway to Zambia from 1996 to 2000 and returned to Norad from 2001 to 2004 as Director of the Southern Africa Department. In 2004, he joined the Ministry of Foreign Affairs as Deputy Director General of the Department for Africa, Asia, Latin America and the Middle East, where he was responsible for the overall management of Norway’s bilateral assistance programme. As Ambassador of Norway to Tanzania from 2007 to 2010, Mr. Lomøy managed one of Norway’s largest bilateral aid programmes, with a particular focus on translating global policy initiatives – such as climate change, UN reform and the Partnership for Reduced Maternal and Child Mortality – to country-level activities.

Channing Mavrellis is a Transnational Crime Analyst at Global Financial Integrity, focusing on the intersection of illicit financial flows, transnational crime, and trade. She also oversees the GFTrade program, GFI’s trade misinvoicing risk assessment application. Her March 2017 report, Transnational Crime and the Developing World, explores 11 different criminal markets: their value, dynamics, impacts on developing countries, and emerging trends. In 2018, she and Christine Clough co-authored the GFI report Illicit Financial Flows and the Illegal Trade in Great Apes, which examines the illicit finance and business behind the trafficking of great apes.

Mr. Nyirinkindi joined IFC in 2006 as a Senior Investment Officer in IFC Johannesburg Office.  He was the Regional Manager of IFC’s Public-Private Partnerships Advisory Services for Africa prior to his current position. Over the past decade, Mr. Nyirinkindi has established a strong record of leadership and execution in advising governments in designing and bringing to market commercially robust PPP projects that provide high quality, affordable and efficient infrastructure and social services to the public across a variety of sectors.

Prior to joining IFC, Mr. Nyirinkindi worked for the Government of Uganda’s Ministry of Finance where he was responsible for the introduction of PPPs in the electricity and railway sectors, and coordinated legal and regulatory reforms in the basic infrastructure sectors. He also previously worked in the petroleum products industry in Uganda and with Makerere University’s Faculty of Commerce. He holds an MBA from the University of Kansas and a Bachelor of Commerce degree from Makerere University, Kampala.