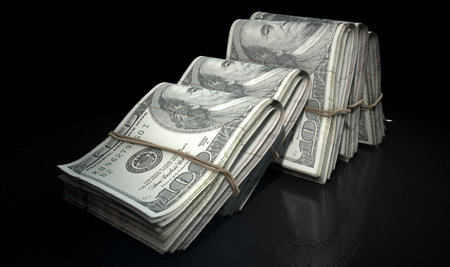 Several recent studies have indicated that capital flight (defined as outflows of licit and illicit capital from developing countries) has serious consequences for economic performance and well-being. For example, a 2012 IMF study based on a panel regression of 103 developing countries over 2001-07, found that country-specific factors such as institutional quality and domestic credit markets have little impact on a country’s ability to translate capital inflows into domestic investment. In other words, the positive relationship between capital inflows and domestic investment is robust. The implications of the IMF study are obvious. If, as the study shows, capital inflows are a major determinant of domestic investment, than outward capital flight would be detrimental to investment and, thereby, to sustainable growth.

This message is reinforced in another recent study. In a newly published volume on capital flight in sub-Saharan Africa, Janvier D. Nkurunziza examines the impacts of capital flight on domestic investment directly. Nkurinziza explores two mechanisms by which capital flight could directly lower the domestic capital stock and traces the effects of the lower capital stock on living standards and poverty over the long term. He finds that capital flight lowered the annual rate of productive capital accumulation in sub-Saharan Africa by about one percent. Over time, those effects add up. For example, in the absence of capital flight, income per capita would have been 1.5 percent higher than it is and the poverty rate nearly 2 percentage points lower than it is.

If conventional measures of capital flight (that net out inward from outward flows) have had such large adverse impacts on African living standards as these recent studies suggest, how much more have African countries lost if we were to assume that illicit inflows do not benefit governments and should not be treated as such? In a December 2015 Global Financial Integrity report, Illicit Financial Flows from Developing Countries: 2004-2013, Joseph Spanjers and I found that developing countries have continued to lose a massive amount of capital through illicit financial flows (IFFs). Capital flight is IFFs plus unrecorded flows of licit capital. Balance of payments leakages in capital flight are estimated based on the World Bank Residual (WBR) method, and for IFFs they’re estimated based on the Hot Money Narrow (HMN) method. The GFI study was focused on assessing the nature and extent of IFFs from developing countries. We found that illicit flows from the developing world increased steadily to reach US$1.1 trillion in 2013. Asia accounted for nearly 39 percent of exports of illicit capital. The top ten source countries, led by China, comprised slightly more than 62 percent of all outflows from the developing world.

In a 2012 report for GFI, Sarah Freitas and I presented estimates of IFFs and capital flight for the period 2001-2010. On average, we found that illicit outflows amounted to around 56 percent of capital flight.

Over this period, capital flight from developing countries increased from US$477.1 billion to US$1,138 billion, registering a trend rate of growth of 12.6 percent per annum. Illicit flows increased even faster from US$330.5 billion to US$585.8 billion at 13.3 percent per annum. This implies that outflows of illicit capital increased faster than those of licit capital, notwithstanding increased financial liberalization in many developing countries. The faster pace of illicit outflows may simply reflect deteriorating governance issues. The World Bank’s governance indicators as well as indicators compiled by Transparency International suggest that many developing countries experienced a widening governance deficit.

In several case studies such as those on Brazil, India, Mexico, Myanmar, the Philippines, and Russia, we found that illicit financial flows both drive and are driven by the underground economy. The latter acts as a much better proxy for the state of overall governance in a country than qualitative indicators of governance published by the World Bank. We also found that illicit flows tend to have a significant adverse impact on real economic variables such as government revenues, trade taxes, domestic investment and savings.

It has proven difficult in practice to find a consistently significant adverse impact of illicit flows on economic growth for all developing countries. That is likely due to the fact that the channels through which IFFs exert their influence are much more circuitous than in the case of recorded capital flight.

Even so, the potential effects of such illicit outflows on living standards and poverty in the developing world suggested by the recent studies are sobering. Accordingly, it is crucial to put in place policies designed to curtail IFFs as soon as possible.

Later this year, GFI, the Centre for Applied Research, Norwegian School of Economics, Jawaharlal Nehru University (India), Instituto de Estudos Socioeconômicos (Brazil), and the Nigerian Institute of Social and Economic Research will release a report on licit and illicit flows both into and out of developing countries and the role that tax havens have played in these flows. That report will present an in-depth analysis of developing country financial flows from 1980-2012 and it will provide important new insights on capital flight, illicit flows and on net resource transfers more broadly. Increasingly, these flows are raising crucial issues for economic development and for policies to curtail them.